On April 15, 1988, high school senior Randy Wayne Leach borrowed his mother’s car and headed out at around 6:45 PM to go attend a pre-graduation bonfire party at a friend’s rural farm house about 5 miles away from their home in Linwood, in Leavenworth County, Kansas. By all accounts Randy was a smart, healthy, and responsible easy going guy going out to spend time with some friends, it wasn’t late, and the area was peaceful and safe, a small town where everyone knew each other, so when his parents saw him off they had no idea that this would be the last time they would ever see him again. Randy got into that car to head to his friend’s party, and there was no way of knowing that he was about to become one of the country’s most perplexing mysteries, a vanishing saturated with strangeness, mysterious people, weird clues, and Satanic cults.

What is known is that Randy went to a convenience store in Linwood to get food and gas, before visiting a cousin and then heading to DeSoto to a body shop to ogle the 1966 Mustang that was being restored and would be his high school graduation present. Perhaps because of these diversions, Randy would not actually get to the party until sometime between 9:30 and 10 PM that evening, where around 50 to 150 guests were in the midst of partying, with a lot of drinking and drug use going on. It is unclear if Randy himself had anything to drink, as while witnesses would later claim they had not seen him drink anything at all, others said he had been acting strangely, stumbling around as if drunk. It is not completely understood what time he left the party as no one would recall actually seeing him leave, but it was probably after 1 AM and definitely well after his curfew of 12:30 AM, which he usually strictly honored. Randy then got into his car and basically drove off the face of the earth.

It would not be until his parents woke up the next morning to find him nowhere in the house that anyone really realized that something was wrong. Randy had always been a responsible young man who followed the rules and his curfew, so for him to not be in his room that morning was seen as very odd. The parents called some of Randy’s friends, but no one had seen him or had any idea where he was, and they proceeded to call the police. An investigation of the site of the party turned up no evidence, as it had already been cleaned up unusually spotlessly, with apparently not even a stray paper cup lying around, and when interviewed other party goers were very vague about how long Randy had stayed or when he had left. No one seemed to remember much about him being there other than he had seemed to be having trouble walking, but a time for his departure could not be pinned down and no other details were forthcoming. Randy was subsequently reported missing, and this is where strange things would begin to unfold.

Authorities and family members released missing person flyers all over the region for Randy and his car and began an intensive search of the area, including combing the river that flowed through nearby, but they came up with nothing. Not a single person came forward with any information at first, and police began to suspect that Randy had simply run away, but friends and family were staunchly against this. Not only had he been a hard working student looking forward to life after high school, but he had also left behind his soon-to-be graduation present, that 1966 Mustang, which had been the car of his dreams. It was believed by his friends that he would have never willingly given up that car for anything. However, adding to the theory that he had perhaps indeed run away were several sightings that came in of Randy, one on April 19 near his high school, and another on April 25 of his mother’s missing 1985 gray Dodge 600 driving about erratically down Iowa Street in the town of Lawrence, although neither of these could be confirmed.

As police continued trying to find out what was going on and the story began to circulate in the news, there were some dark rumors that would begin going around. At the time the Leavenworth area had been undergoing a bit of a Satanic panic, with rumors of a Devil-worshipping cult operating in the rural area and dark robed figures spotted lurking about, particular in the vicinity of the farmland where that fateful party had been held. The rumor was that Randy had been captured and killed in some arcane ritual there in that field by cultists, after which they had completely scoured cleaned the area to get rid of any evidence. In fact, not long after the vanishing the farm where the party had been held would burn down to the ground in a mysterious fire, only fueling the ideas of some cult conspiracy. 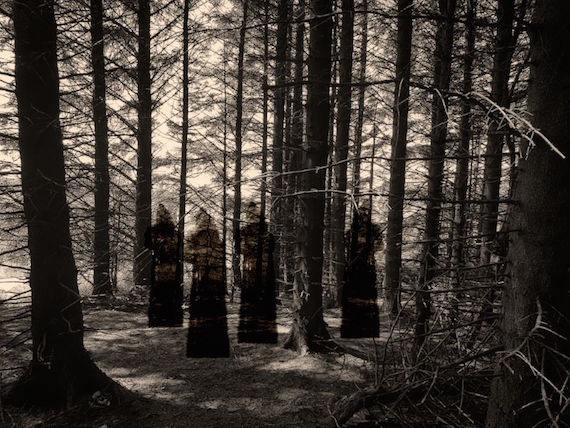 So strong was the idea that Satanists or some sort of cult were involved in the disappearance that locals pointed police in the direction of a friend of Randy’s named Robert Marble, who had also been at the party and was widely regarded as being an eccentric loner and a self-professed Satanist. Marble was questioned by police, with one detective coming to the conclusion, “he has read the satanic bible but does not believe in the concepts of the occult,” and while a knife was found in his car he was dropped as a suspect. In later years, three other young men suspected of being Satanists would be brought in for questioning, but there was no evidence they had had anything to do with the disappearance and they too were released without any charges filed.

Another strange lead pertaining to dark Satanic cults and arcane rituals came in when a man came to police claiming he had been abducted and kept hostage for 2 weeks in a cave by cultists not far from Linwood. He told police that while he was there in that dank prison he had seen the dead body of a young man he believed might have been the missing Randy Leach. However, when authorities searched the cave where the alleged body was supposed to be they found no trace of it, and indeed no evidence that a cult had ever been there at all. Oddly, Randy’s father would later claim that the Sheriff had had the cave bulldozed and destroyed, although this was denied by authorities.

Other odd leads in the case revolve around an acquaintance of Randy’s by the name of Steve Daugherty, who had also been at the party and been seen on the morning after, suspiciously driving 10 mph on a back road that had a 55 mph speed limit. Rather strangely, this same man would claim that he had found a dismembered foot on the banks of the Kansas River in March of 1989, but when police searched the area there was no foot, and wherever it went it was thought to not have belonged to the missing man. How they came to this conclusion is anyone's guess, but the potential tip was widely just shrugged off. Daugherty remained a potential person of interest right up until his death, when he took any secrets he had with him to his grave. 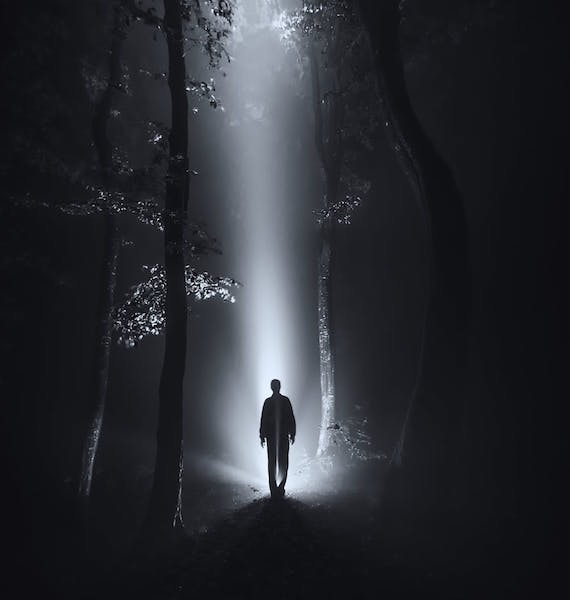 In the end none of these odd leads and tips have led anywhere in the investigation, and there have been no new ones to follow. In the meantime, Randy’s parents have complained that over the years police have botched the investigation numerous times. One example is that they failed to thoroughly search some of the area’s creeks until far too much time had passed. There was also the fact that they didn’t seem interested in following up some of the leads they had as deeply as they should have. One of the worst cases of them dropping the ball was when they arrested a suspect named Eric Montgomery in the 1990s. Montgomery had been a suspect in two homicides just a few miles from the Leach residence, and he would admit that he and an accomplice had hidden the bodies in barrels that he had tossed into the Missouri River. The suspect would die in prison with no evidence that he had anything to do with the Leach case. What makes it even stranger is that police never told the Leaches that they had a suspect in custody, and the records of Montgomery’s information have been sealed in court, hidden away from public access by authorities who have refused to release them.

Indeed, authorities have been continually accused by the Leaches of generally failing to update the family on new developments over the decades. This lack of police cooperation in the disappearance of their son has forced the Leaches to go to private investigators on their own dime and do their own research, but this has met with more bizarreness. A bit spookily, one of the investigators would soon after taking the case be found dead with his wife, both of them shot to death and with the police deeming it a murder suicide. Another investigator who helped the family along with the help of Leavenworth County Sheriff's Detective Dawn Weston helped to bring in three men for questioning in the case, all of whom were released soon after, after which both men mysteriously quit the case to leave the state after making cryptic statements that they feared for their safety. Why should this be? Were they threatened by someone or scared off by something they found? What is going on here?

The case of the vanishing of Randy Leach remains totally unsolved even over three decades later. There have been no new leads, no new suspects, no additional evidence, and although it is occasionally revisited by authorities it has largely been swept under the carpet and forgotten. Randy Leach was officially declared dead in 2001, but he has never been found and his family has continued over the years to investigate what happened, to little success. Was the local law enforcement in on this? What role did cultists have to play in it all, if any? What happened to those investigators? Why would anyone want to cover it all up and was this just some freaky little town embroiled in some kind of strange stuff that they didn't want anyone to snoop into? If so, then why Randy Leach? Whatever happened to him, the grim case has gone on to become mired in a morass of weird mysteries, conspiracies, cover-ups, and strangeness that we will likely never be able to get through.