Throughout the world there are strange creatures that were once known as real, but which have come to be lost to the mists of time, their reality uncertain and their footing on the sometimes fine line between folklore and reality unsteady and little understood. One such creature hails from the annals of Mexican history, with the mighty Aztec civilization and the subsequent arrival of their Spanish conquerors. Here in these unknown wilds was said to lurk a fearsome beast, revered and feared by the locals and shocking to the outsiders who came here to explore and tame this land. It is a unique creature lost to history, and which has incited speculation and wonder to this day.

For centuries the Aztec civilization of Mexico had many legends of strange creatures roaming their lands, and among these were monsters in the depths of their lakes and rivers. The lakes and other waterways scattered about in the wild outskirts of the Aztec capital of Tenochtitlán, in particular a place called Lake Texcoco, were said to be inhabited by some of the fiercest of these, malevolent, predatory beasts that attacked without provocation and sunk fishing boats, and which were known as the Ahuízotl. 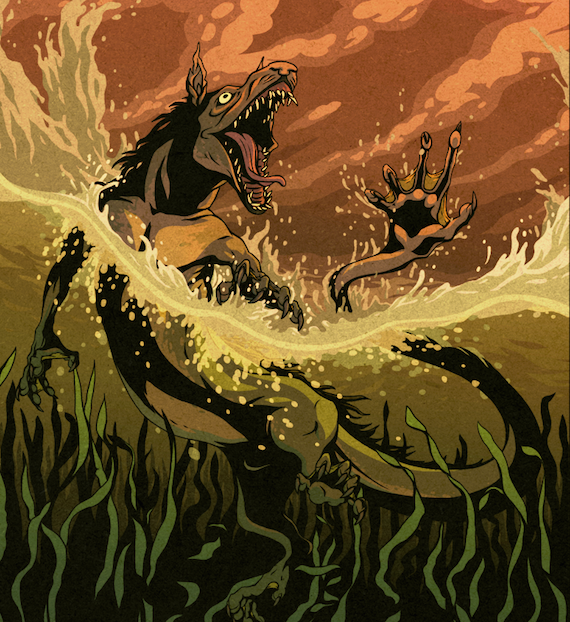 The name Ahuízotl roughly translates to “thorny one of the water,” and they were vicious creatures indeed. They were most often described as being approximately the same size as a small to medium sized dog or coyote, with thick manes and fur that forms into spikes when out of the water, leading to their namesake, as well as long, thin snouts filled with sharp fangs, small ears, human-like hands, and long prehensile tails, usually described as having a hand-like appendage or claw on the tip. The creatures were known to travel about both on all fours and in a bipedal manner upon ape-like legs, but their main habitat was in the water, where they would lie in wait for unsuspecting prey to drag down into the depths with their powerful tails. The deadly creatures supposedly had some other unusual features in that they would utter an array of sounds, including sounds that sounded like a human voice and even a wail like the crying of a baby, believed to have been to lure in prey. The creature would be described in a 16th-century Spanish study of Mesoamerica’s people, flora, and fauna, called The Florentine Codex, compiled by the Franciscan friar Bernardino de Sahagún, who spoke of the Ahuízotl thusly:

It is very like the teui, the small teui dog; small and smooth, shiny. It has small, pointed ears, just like a small dog. It is black, like rubber; smooth, slippery, very smooth, long-tailed. And its tail is provided with a hand at the end; just like a human hand is the point of its tail. And its hands are like a raccoon's hands or like a monkey's hands. It lives, it is a dweller in watery caverns, in watery depths. And if anyone arrives there at its entrance, or there in the water where it is, it then grabs him there. It is said that it sinks him, it plunges him into the water; it carries him to its home, it introduces him to the depths; so its tail goes holding him, so it goes seizing him.

[When the body is retrieved] the one it has drowned no longer has his eyes, his teeth, and his nails; it has taken them all from him. But his body is completely unblemished, his skin uninjured. Only his body comes out all slippery-wet; as if one had pounded it with a stone; as if it had inflicted small bruises. When it was annoyed - had caught no one, had drowned none of us commoners - then was heard as if a small child wept. And he who heard it thought perhaps a child wept, perhaps a baby, perhaps an abandoned one. Moved by this, he went there to look for it. So there he fell into the hands of the auítzotl, there it drowned him.

The Auítzotl were always described as very territorial, predatory, and aggressive, malicious beasts that no one wanted to encounter. Besides waiting in the water for victims to approach the shore, the beasts were also said to actively attack boats, capsizing them to pull their prey down to their watery graves. Interestingly, it was most often described as eating only the eyes, teeth, and nails of its prey, leaving the rest to bob about in the water untouched. 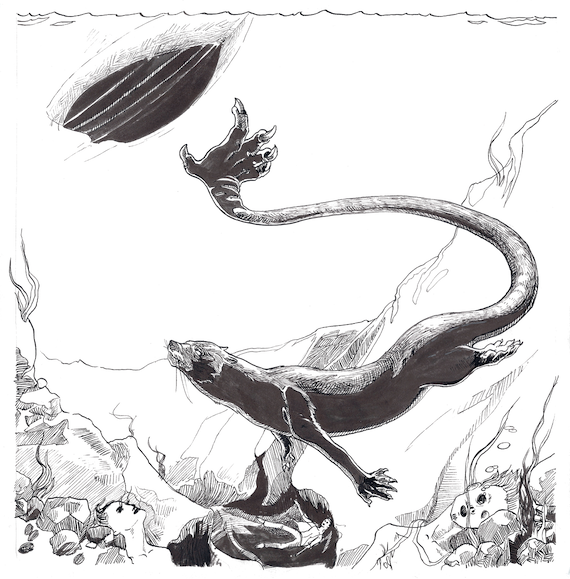 The Aztecs treated these creatures with a mixture of fear, respect, and reverence, and according to their legends to be killed by an Auítzotl was to earn a place in the Aztec paradise of Tlalocan, and only priests were allowed to touch the dead bodies of the vicious creatures’ attacks because of this. They were also sacred creatures that were forbidden to be hunted or killed, and there were stories of villagers sometimes capturing them in pots, after which they would be ordered to release them unharmed. Although these features of the tales may make this seem like a purely mythical animal from folklore, the Aztecs believed it was very real, and indeed the Auítzotl was apparently often encountered by Spanish explorers in the region, with even the famed explorer and conquistador Hernán Cortés writing of them in a letter to the King of Spain, in which he explained them as follows:

It is a beast no bigger than a normal dog, but with a very special characteristic. In its tail, the termination was not normal, it did not end in a tip. It had a claw with which it killed its prey. One day while repairing a small boat the sailors heard the cry of a child.  Strangers rushed to help the child because their cries came from the lake because they thought the child was drowning, but to their surprise, they never saw the child. They stepped closer to the shore to distinguish where that weeping came from and to see if they could help that crying child when out of nowhere a claw grabbed the sailor by pulling him from the boat and dragging him to the bottom of the lake. Frightened, his companion hurried to warn that a creature in the lake had killed his friend. They went out to look for the sailor’s body without success. When returning the natives explained to them that it had been the Ahuízotl, that it is a mystical and sacred animal. The sailors said that not even an animal could take a man in such a way that it was the work of the devil. But the disappearances were more and more constant and the men did not dare to go out alone, and less if they heard the cry that sounded like a child. 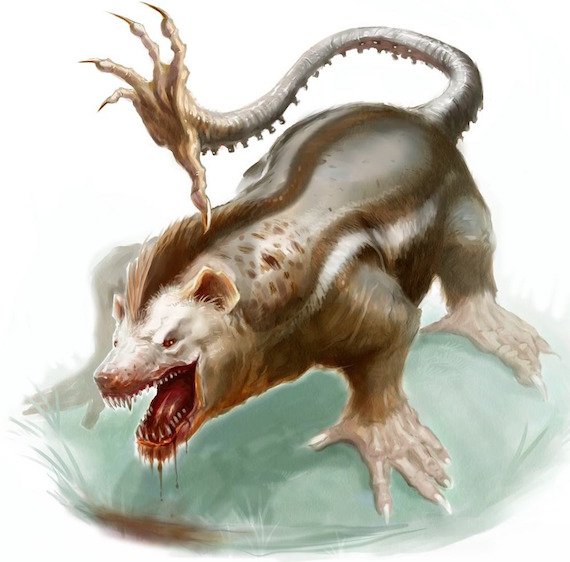 The mysterious Auítzotl would sort of just disappear in later centuries, and mentions of it would drop off the radar, resigning it to just a curious historical oddity from another time and leaving us to wonder what sort of creature it could have been, if anything. Theories have certainly been put forward by cryptozoologists, such as that is was a water possum, otter, or beaver, but not only do none of these really match the descriptions given or the sheer aggressiveness intrinsic to the tales, but the natives would have been well versed in the local wildlife and perhaps unlikely to create a whole new creature around something that they knew about over centuries. There is also the idea that this could all be indicative of some undiscovered species or surviving prehistoric relic, but it is unclear what sort of animal this might be, and it seems to have sort of disappeared and gone extinct, never to be fully explained. Of course it could all be folklore, but the Spanish conquistadors and explorers who came here were not in on this, and they reported on the creatures right along with other more mundane aspects of the area and other known wildlife. Whatever it was, it remains a little-known inhabitant of the cryptid landscape, and a curious historical anomaly that may never be solved.