The Mystery of the Dead Couple From Nowhere

On August 9, 1976, a rather macabre discovery was made along a rural dirt road in in Sumter County, South Carolina, in the United States by a trucker passing through. There lying out in the middle of nowhere along a stretch of road between I-95 and S.C. 341 were the bodies of two people, a young man and woman. Both had apparently been killed execution style with exactly three bullet wounds each, the throat, one in the chest, and one in the back by what seemed to be a .357 caliber revolver. The two victims had no identification on them, and there was no evidence at the scene as to who might have killed them. Authorities would begin investigating the two bodies and find some interesting things. And so would begin the oddyssey of Jock and Jane Doe, two lovers who appeared out of the blue to confound all those who would investigate them, and who remain a stubborn unsolved mystery to this day.

The male body, which would come to be known as “Jock Doe,” was estimated to be anywhere between 18 and 30 years of age, well-groomed, good-looking, and standing around 6’1”, with a slight build, an olive complexion, shoulder length brown hair, and brown eyes. Interestingly, he was found to have had extensive, rather expensive dental work done in the past, and even seemed to have been in the midst of some incomplete dental restoration at the time of death, meaning he had not been some anonymous drifter transient. In his pockets were some matches from a place called “Grant’s Truck Stop,” and he had a yellow gold Bulova Accutron wristwatch on his wrist and an expensive gold ring with a gray star sapphire stone on his finger with the initials “JPF” engraved upon it. It seemed that with the expensive watch, ring, and elaborate dental work he was not just some nobody, but probably from a well-to-do family. The woman, known as “Jane Doe,” was a bit younger than the man, estimated as being between 18 to 25 years old, also slimly built and with an olive complexion, and she had reddish brown hair, bluish gray eyes, and unusually long eyelashes. She was wearing several rings, all silver and which were handmade and of a Native American or Mexican design. Interestingly, both victims had not been wearing any underwear, and neither of them had any money on them.

It was at first thought that they were perhaps siblings due to their similar physical appearances, but DNA testing would in later years refute this. Other than this, there was not much to go on, and no one had any idea of who these two people were. Fingerprint analysis and dental records turned up nothing, and extensive circulation of flyers with reconstructions of their faces also turned up nothing, nor did putting the bodies on display. It was odd, as it was assumed that they must have been rather affluent in life, so why didn’t anyone know or claim them in death? Who were they? The only lead that could be found was one witness who claimed that on the day of the grim discovery of the bodies he had heard gunshots and the sound of a car tearing off at top speed. There was also a claim from a witness who said they had met the couple at a North Carolina campground, and that the man had introduced himself as “Jock,” or “Jacques,” claiming he had said he was the son of a doctor and that he and his girlfriend had been headed towards Florida. All of this this unfortunately did not help much, and the two mysterious victims remained unidentified, the reason for their deaths unresolved.

Theories of course swirled. The most popular was that the couple had had their vehicle carjacked, after which they had been executed and their car stolen. However, this was totally unfounded and without evidence. Another idea was that the notorious serial killer Henry Lee Lucas might have been behind it, and he did indeed claim to have been in South Carolina at the time of the killings, but he was never charged with it. There was also the theory that they had been involved with drug running and had run across the wrong people, but again there is no real evidence to this effect, and no drugs were found on the bodies. There is also the idea that the two had been in the federal witness protection program, which had then covered up the identities of the victims after they were killed, or even that they had been the victims of a mob hit. This was all basically grasping at straws, because nothing at all points to any one of these theories. 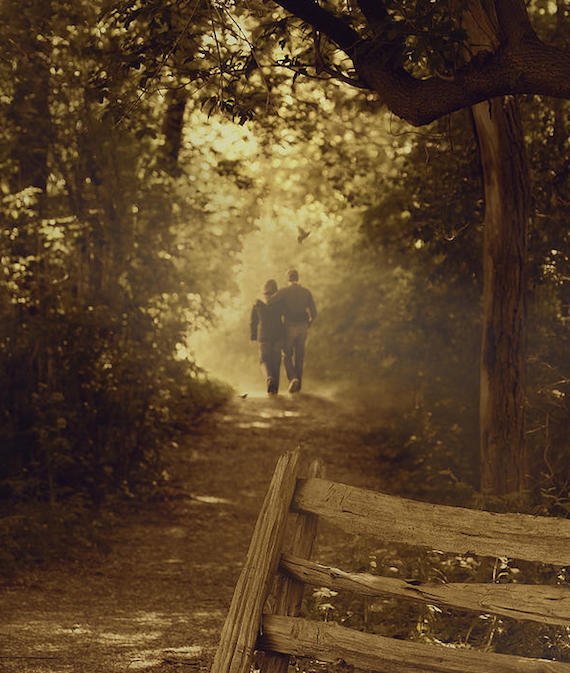 It would not be until 1977 that any real solid lead would appear, when a trucker named George Henry was arrested in Latta, South Carolina on charges of drunk driving. In his vehicle was found a revolver with the serial number removed that would be forensically tested to find that it was quite likely the murder weapon used to kill Jock and Jane Doe, yet unbelievably there was not enough other evidence to detain him, he fully denied any involvement, stating that the gun had been a gift from his brother, and he was released. Was this a dropped ball? Why wouldn’t this be pursued further? Curious. Another weird lead would come in when authorities approached the father and mother of a missing girl in Brunswick, Georgia, matching Jane Does’s description, but it would turn out to be a different person, leading to another dead end.

The case has remained a puzzling enigma, and in 2007 the bodies were exhumed for DNA testing with modern techniques, but all this served to demonstrate was that the two were not siblings, as first suspected. The case of what has gone on to become the "Sumnter Jock and Jane Doe" has gone on to be a much discussed and perplexing unsolved crime, and depite extensive efforts by authorities there is no clue as to who they were. These two just appeared out of nowhere, out of the ether to puzzle and perplex, and they still continue to do so to this day. There have been no new leads or evidence, and it remains a strange case that is largely just as mysterious as it ever has been. These people must have had friends and family who loved them, dreams and hopes gone unfullfilled, but the way it stands now we may never know what any of them ever were. They remain an enigma.