The Sinister Case of the Lemont Demon

Among the ranks of paranormal researchers out there, some are much more well-known than others, for better or worse. For instance, Ed and Lorraine Warren are extremely famous and popular despite the many criticisms against them, and another researcher that certainly approaches this level of fame is none other than the prolific Hans Holzer. A pioneer in his field, the late Austrian-American author and seasoned parapsychologist investigated countless cases all over the world over decades, including the infamous Amityville Horror, and penned 120 books on the paranormal throughout his long and illustrious career, and although he attracted numerous skeptics he is widely regarded as one of the big guns in paranormal research, his work considered classic. Among the many cases and haunted places he delved into, there are those that stand out as particularly odd or unique among all of the other tales of the supernatural, psychic powers, the occult, and the afterlife, and one of these must certainly be a case he wrote of that dealt with some sort of insidious demonic entity that tormented a humble farming family in the state of Illinois in the strangest of ways.

The setting for this weird tale is the turn of the 19th century, when a family named the Willmans lived in the lazy, rural area of Lemont, Illinois. This was a peaceful farming community where everyone knew each other, and where there was no crime and not much interesting typically happened at all, but this would change for the Willmans family on one day in the autumn of 1901. The first of a series of the bizarre events that would unfold occurred one evening as the family was sitting down to eat a quiet dinner. They were in good spirits and there was nothing at all unusual about the evening until suddenly something dropped onto the table, seemingly from nowhere, to come down right in the center. The father leaned over to see what it was, and it turned out to be letter, which had apparently materialized out of nowhere and had no business lying there in the middle of the dining room table. 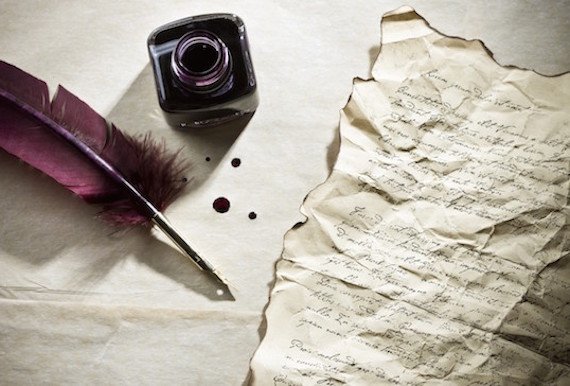 The befuddled Mr. Willmans warily picked the anomalous letter up, still wondering where it could have possibly come from, and could see that the letters written upon it were scrawled out in ink in an unsteady hand and with numerous capitalization mistakes that suggested that it had either been written by a child or a madman, but what was even odder than this was what the letter actually had to say. There, spelled out in this jumbled, cryptic handwriting was a sober warning that the family had to leave the house within the next 10 days or face consequences. It wasn’t immediately clear who had written this threatening letter, let alone how it had appeared there out of nowhere, nor was it explicitly stated exactly what would happen if they disobeyed, but it was crystal clear that whatever it was would be bad. Although they were all frightened by this menacing letter that had just fluttered out of thin air, Mr. Willmans decided to just burn it and try and forget about it. This, it would turn out, was perhaps a mistake.

The allotted 10 days came and went, and on that ominous 11th day the family warily waited to see if something awful or unusual would happen to them. They knew not in what form the danger would come, from who or what had written that mysterious letter, and so they braced themselves for anything. Yet rather than death, injury, or some other misfortune, the threat came in the form of another letter, that once again seemed to just materialize out of thin air in a puff. This letter was more vicious in nature, more aggressive and laden with profanity, all jotted out in that childish scrawl, and more letters began to appear all over the house, at all hours. Making it even more sinister was that these letters often included personal information that no one could have possibly known, and they often used this information to taunt the horrified family members. The menacing letters even seemed to be able to predict future events, even down to who would visit the house on any given day, and it was at once weird and terrifying, the one behind them often reveling in this dark, secret knowledge and the startling effect it all had.

Besides the disturbing and inexplicable letters that were seemingly just falling through from some other dimension, there were other strange phenomena that would begin to plague the Willmans. It began with the family dog acting very odd indeed, sometimes cowering in a corner for no reason or staring at something only it could see and growling or barking, sometimes even attacking a spot as if a wild animal were there. This got particularly bad when a letter was about to appear, when the poor animal would go absolutely nuts and fly into a wild panic, inevitably followed by a letter plopping to the floor or table, or even onto someone’s lap. It got to the point where the arrival of the letters could be predicted by the unusual behavior of the dog, its crazed behavior usually punctuated by the arrival of one of the accursed things. 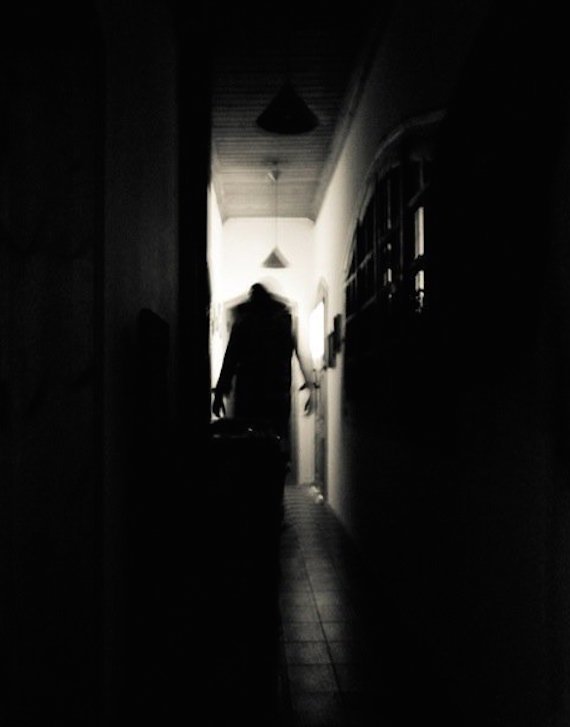 The entity, because that was more and more like what it seemed to be, also engaged in various poltergeist-type activities. Objects would move on their own, or disappear only to appear in other places, lights would turn on and off, and clothes were often found in the yard tattered and torn. On one occasion the wife noticed that something had left marks in the butter, as if someone had just jammed their fingers in there, and a jacket was soon after discovered to have butter smeared all over the front of it. Even more bizarre than all of this was one day when the son and his father were milking the cow and looked into the pail to find it had already congealed into cheese, shortly after which a taunting letter arrived at their feet claiming responsibility. There was also an unfamiliar black cat that began to be seen lurking about the property staring at them with mesmerizing, inscrutable eyes, and it was noticed that the letters often appeared when it was around. They tried chasing it off, but it always came back, and so would the letters, which throughout all of this kept arriving with greater and greater intensity, frequency, venom, and vitriol.

Unsure of what to do and increasingly suspecting that they were at the mercy of some wicked and mischievous supernatural force, the family contacted a local pastor by the name of Father Westarp, who arrived at the home with some skepticism but would soon change his tune when he witnessed much of the phenomena himself. He saw the letters appear in a blink, the poltergeist activity, and even the black cat skulking about in the shadows, all of which was enough to convince him that a demon was at work, and that the best course of action was to exorcise the home. He then enlisted the aid of another priest and returned to the farm ready to confront the evil that dwelt within it. The priests cleared every room with prayers and holy water, and for three days after this the paranormal phenomena ceased. The family began to dare to believe that the were free from the demon that had tormented them, but they were perhaps a bit premature. 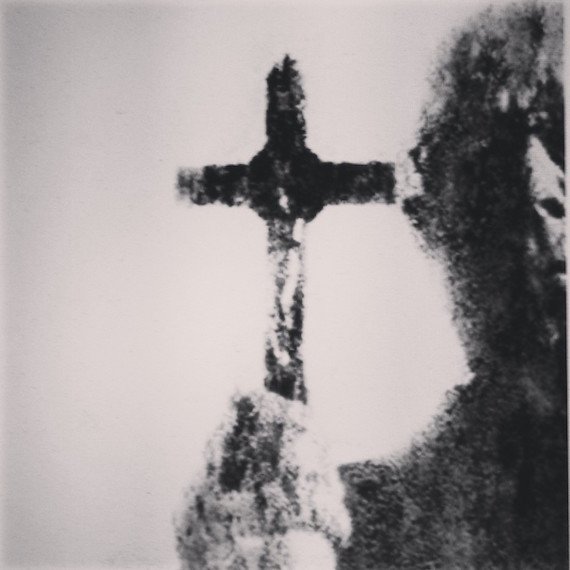 The letters started coming in again, the first of which actually mocked the exorcism that had been carried out, and the next was an actual transcript of the advice the priest had given them before leaving the home, which the demon assured them was rubbish and which it mercilessly made fun of. The family tried removing all paper and writing instruments from their house, but the demon would creatively scratch out messages on pieces of wood or use whatever it could find to ink pieces torn from clothing, all the while mocking and laughing at their efforts to stop the letters, which it deemed to be pathetic and futile. They would finally move out and be bothered no more by the evil presence, and it remains unclear as to what exactly it had been that had terrorized them, although there are ideas.

One idea is that this was nothing more than a prank pulled by one of the family's children, but this does not really explain how the letters seemed to more often than not just appear out of thin air, and it also does little to provide any answer to the other frightening paranormal phenomena that allegedly were going on. It could also have been a hoax carried out by the entire family for attention, but other witnesses including the pastor and visitors to the house supposedly witnessed many of these odd incidents as well. The same could be said of the idea that this was a demented scheme by someone to drive the value of the property down, as how would they be able to orchestrate the paranormal phenomena witnessed by so many? Then of course there is the idea that this case really does have a paranormal explanation, although even then we are at a loss as to what it could have been. It could have been a demon as the pastor believed, a ghost, or perhaps poltergeist phenomena caused by one or more of the children psychically lashing out, perhaps even unaware that they were doing it. Considering that the witnesses are long gone and the case has mostly been forgotten, lost within Holzer's works, we can only wonder what this sinister, letter-writing entity was, and what it was up to.