It’s tough being Luis Elizondo. The former head of the secretive Advanced Aerospace Threat Identification Program (AATIP) in the Defense Intelligence Agency chartered with studying Unidentified Aerial Phenomena (UAP) or UFOs, should know where the bodies are buried … not to mention the alleged parts of the extraterrestrial spacecrafts that brought these aliens to Earth. Yet the guy whose name shows up in the headlines about the To the Stars Academy of Arts & Sciences and its quest to analyze these parts and expose their secrets to the public is Tom DeLonge, who must now be introduced as ‘former Blink-182 frontman’ to remind people that he was once famous for something else and still deserves attention.

While that may be true, in a recent interview with The New York Times about ADAM (Acquisition & Data Analysis of Materials) Research Project, the To The Stars academic research program focused on exotic material samples from UFOs, it’s Elizondo who confidently responds to the question of their existence with “Certainly” while DeLonge was reduced to defending himself in questions about his credentials and his “intellect.” While DeLonge may have once been good, it’s Elizondo who has the goods. So, what are they?

“As I’ve said before, there’s a difference between something that’s truly exotic and something that fell from the alternator of a 1984 Cadillac.”

Sigh. Elizondo spends more time describing the process that the product. As anyone who follows UFO sightings has figured out by now, most mysterious pieces of metal that fall from the sky are from planes or rockets – both commercial and secret. They don’t want to know about these pieces and don't care about reverse-engineering the metal – they want to know what’s allegedly hidden in Area 51 (why else would 2 million people want it stormed?) and other military bases and warehouses around the world. That’s probably what Tom DeLonge was hoping for as well when he put his name, fame and money behind To The Stars and ADAM. In the interest of fairness, it's tough being Tom too. Instead of getting to make historic announcements, he’s been forced to show little pieces of metal and answer the same old questions from even The New York Times about the old naked rock star days while Elizondo gets the hard questions, which he cautiously answers. Tom is obviously frustrated.

“This whole thing could be answered by the government. We're just waiting for them to come and help us with some of this research.” 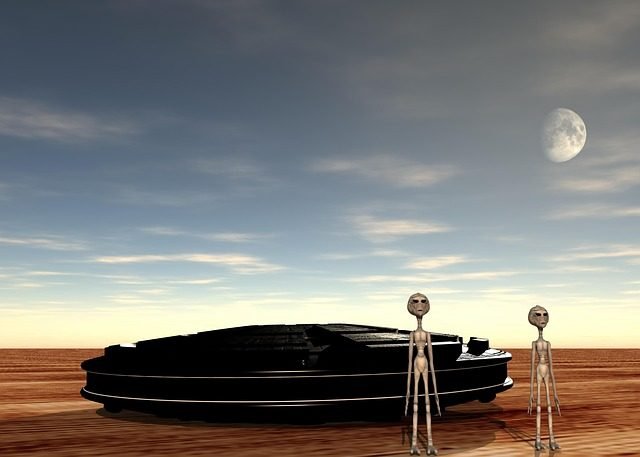 Spin the conspiracy any way you want, Tom ... just don’t continue it. The public doesn’t want to know about mysterious pieces of metal that fall from the sky and it already assumes the government isn't going to tell you anything. They want to know about spaceships and aliens.

Can I get a "Certainly" on that, Luis?

A Strange Vanishing on the Colorado River