Was an Unidentified Flying Object Similar to the USS Nimitz “Tic Tac” Seen in 1944?

For many months now, an incident involving pilots who attempted to intercept a strange, oblong-shaped white aircraft while part of a training mission with the U.S.S. Nimitz carrier group in 2004 has been at the center of the modern UFO discussion. The incident has received even more attention in recent weeks, following an appearance by Commander Dave Fravor, one of the principal witnesses, on the popular Joe Rogan Experience podcast.

No one who takes the UFO subject seriously would dispute that the incident is noteworthy. However, many with long-held interests in the subject will also recognize that it is only one of many similar instances where such an object has been observed. In fact, some accounts from the historic record detail sightings of remarkably similar things dating at least as far back as the 1940s.

Loren Gross was among the handful of historically-minded UFO chroniclers who, for many decades, collected and self-published annual UFO commentaries. Beginning in the late 19th century with the famous reports of "mystery airships" and proceeding up until around 1960, Gross's historical record-keeping on the UFO topic had been noteworthy for its lack of sensational details (unlike the majority of the UFO writing of both then, and now).

One unique report from the early days of UFOs (that is, prior to Kenneth Arnold's famous sighting) occurred in September 1944, near Oak Ridge, Tennessee; a site that would be notable for other UFO sightings over the years, which some commentators find unsurprising due to the area's proximity to the Oak Ridge National Laboratory.

The report states that at about dusk on a September evening in 1944, a witness identified only as "Mr. Nelson," who had been "in the company of two other Oak Ridge workers, A.C. Butler and Albert Profitt, were driving from Oliver Springs into Oak Ridge," the report states. As the drivers reached a point about two miles outside of Oliver, they said: "a strange object showed up about 50 feet in front of the car ended about the height of the windshield."

The report says that Nelson, the primary observer, described it as "glossy white in color, and the reflected light had a dimension of about 30 feet long and 4 feet wide."

"When Nelson eased the car up to the object, it moved slowly away, and when he stopped the car, it also stopped. Nelson claims that he called people out from a house to the roadside to see what they were observing and they were as dumbfounded at the site as the three men were."

This unusual cat-and-mouse game between the drivers and the strange object continued for several minutes, as Mr. Nelson moved the vehicle back and forth toward the object, watching as it appeared to mimic their movements, moving away as they approached, or following when they backed away. 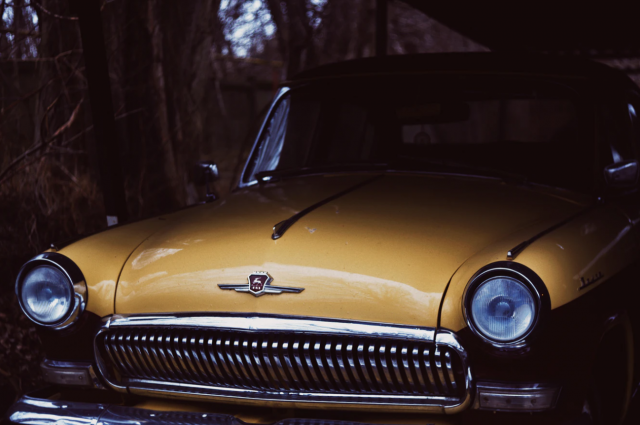 "Finally, after Nelson had moved forward and stop again several times, the light rose high into the air and disappeared over Black Oak Ridge," the report states.

Afterward, the incident was reported to several local authorities, along with the FBI's Knoxville Field Office. According to Mr. Nelson (who had presumably been the one who made the report to the Bureau), "Nelson said that at first the FBI was very interested in the report but then they seemed to lose interest in it completely. He assumed that they found out that the object was some sort of secret weapon being developed at Oak Ridge and so it was no longer of any interest to them." Whether or not this had actually been the reason for the FBI's waning attention or not remains unclear.

Certain aspects of the craft observed--particularly the glossy white color and the oblong shape--are notable for their similarity to the now-famous "tictac" UFO observed during the equally well known U.S.S. Nimitz UFO incident of 2004 (Commander Dave Fravor, one of the witnesses to this incident, can be heard describing the object in his interview with Joe Rogan here).

Whether or not this truly indicates any continuity between the two object sightings, observed more than half a century apart, can't be determined from their descriptions alone. The descriptions of their appearance could very likely be superficial, and the possibility that either or both cases might have been experimental aircraft tests cannot be ruled out.

However, it does appear to show that certain aspects of the UFO phenomenon--whatever it ultimately represents--that have been widely discussed in recent months are not particularly new... although that certainly isn't news to the many of us who have studied this subject for years, if not decades.