Watch Out, Dogman — Cougars Are On the Loose in Michigan

Two creatures the state of Michigan is known for are the wolverine (University of Michigan’s mascot) and the Dogman – a werewolf-like cryptid reportedly seen many times in the northern part of the state’s Lower Peninsula. Another may soon be joining their ranks and it may be far scarier than the foam-headed football game wolverine or the mythical Dogman. In 2019, there have been five cougar sightings in the state, with two occurring in the past few weeks and the year is far from being over. Should Michigan residents be worried? Should Dogman? (The Wolverines aren’t worried about anything right now except defeating Ohio State.)

“The Michigan Department of Natural Resources said two trail cameras, located approximately 14 miles apart, captured the cougars in northern Delta County on Sept. 18 and southern Marquette County on Oct. 6. With these new additions, the DNR has verified 43 cougar reports since 2008; five of which were confirmed this year. Nos. 39 and 40 were confirmed in August.” 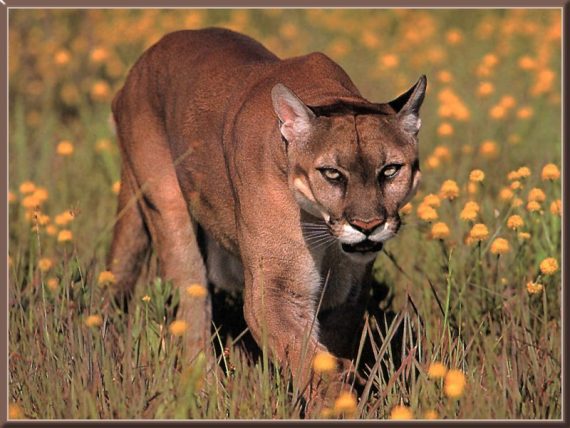 On October 23rd, the Detroit Free Press reported the latest cougar (a.k.a. mountain lion, panther, puma) sightings in the central part of the Upper Peninsula. The large cats were once native to Michigan but are now an endangered species or extinct in every U.S. state where they were once abundant. The Michigan Department of Natural Resources tried to calm the population in the Upper Peninsula – only one cougar of the recent bunch has been seen in the Lower Peninsula across the Straits of Mackinac – by assuring them that the big cats were probably escaped or released pets. Really? Five escaped cougars in one year? Get another hobby, people! The terrain has supported a large cougar population before and not much has changed in the Upper Peninsula since the last of that group was killed in 1906, according the DNR. They could also have migrated from the Dakotas – about 900 miles – which has the nearest breeding population. So far, there is no conclusive evidence of a Michigan breeding population of mountain lions. 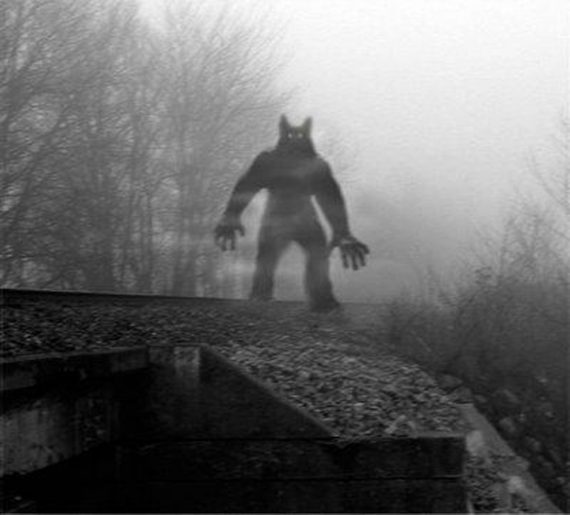 On the other hand, perhaps the Michigan Dogman is keeping the cougars out of Michigan – or at least out of the Lower Peninsula. A seven-foot tall wolf on two legs should frighten a cougar, shouldn’t it? There was a Dogman report in 1967 in Cross Village, just across the straits from the Upper Peninsula. Does the howling keep the cougars from swimming across them? Yes, they’re excellent swimmers!

So, what have these cougar sightings taught us? Humans are not responsible cougar owners. The Michigan Department of Natural Resources is possibly underestimating their threat. Dogmen may be our best defense.