When “Something” Gets Into Your Nightmares

If you want weird, you’ve got it. It didn’t get much more bizarre than Saturday morning, October 14, 2017. The night before, I gave a lecture in Fort Worth, Texas for a local group called Satori. It was a good turn-out and among those who turned up was good friend, Kimberly Rackley, who has had her very own run-ins with the Men in Black. During the lecture, I made mention of how certain supernatural things can invade our dreams – and, in the process, turn those same dreams into absolute, mind-warping nightmares. I guess someone – or something – was tuning in, as the following morning I received at Facebook Message a  strange tale of – wait for it – Men in Black and Women in Black who had invaded the dreams of the victims. No, I do not jest.

The story came from a guy in Florida, and who I had spoken with some time earlier. In my 2016 book, Women in Black, I told the very strange story of “A Hesitant Believer,” who had a chilling encounter with both a MIB and a WIB a few years earlier. It was a hostility-filled encounter, in which the clearly non-human pair in black put a hex on poor “AHB,” one which left him extremely ill for a while. On this date in 2017, though, he wanted to tell me of a follow-up encounter, which was no less strange or unsettling. He told me:

"Mr. Redfern, I wrote to you a couple of years ago about a possible WIB/MIB encounter in Tampa, FL. I noticed you recently posted my account on Mysterious Universe, and that reminded me to tell you of an incredibly vivid nightmare/sleep-paralysis episode I had in late December 2016 which involved the WIB. This 'dream' has been the only one I have ever had about my experience. I had meant to write to you earlier, but life got in the way, and I didn’t want to bother you with what may have been a perfectly ordinary night terror. If such ‘follow-ups’ are relevant to your research, let me know. Sincerely." 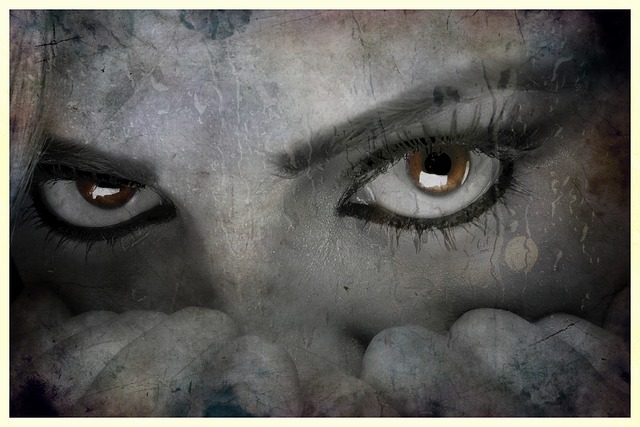 A bit stunned that “AHB’s” message should have arrived barely twelve hours after I had been speaking about dream-invaders before the Satori audience in Fort Worth, I replied quickly: “Many thanks for this! Yes, I'd be very pleased to hear about the dream, as I have quite a few cases on file where people had seen the MIB in their dreams, and as if the MIB can ‘invade’ our dreams and even manipulate and control our dreams too. Best, Nick.”

“AHB” expanded: "OK. Thank you again for taking this seriously. This dream was very traumatic, but I will try to describe it the best I can. A bit of background: I had moved in with my disabled parents in order to take care of them. The date of the 'dream' was December 21st, 2016. I remember this because my best friend's birthday was the next day, and we'd planned to make a day of it, so I went to bed early. I had not been drinking or doing drugs, etc. My parents were out of the house and staying with my aunt, and I was alone. I drifted off, and when I 'awoke' I found myself in a state of sleep paralysis. I've had these episodes since I was a child, but I'd never seen or felt any other presences during them. This time my bed was surrounded by pinkish-orange flames that took the shape of what I would describe as 'goblins.' At the foot of my bed loomed a large hand, larger than my bed, and wearing a tattered suede glove.

"I was terrified at first, but when I realized I couldn't move I knew this was just a dream and I was suffering from sleep paralysis, although I was seeing 'entities' for the first time. To try to explain it, I will say my mind was logical but my body was frightened, if that makes any sense at all. I tried to just ride it out and hope I would fall back asleep soon, but then I noticed a shifting from by the bedroom door. The woman I had encountered in the bar [the story of which is told in Women in Black] was standing there, but she was dressed differently. She did not have the bright green scarf, and was wearing a conservative black dress, like something a religious woman would wear to a funeral. No hat or veil, though. She had that same short hair with bangs that looked like a bad wig, and around her neck was a chain with a pendant that resembled a coin or medallion, which I do not recall her wearing in the bar.  Oddly, coins, necklaces and medallions turn up in a lot of MIB-themed cases. 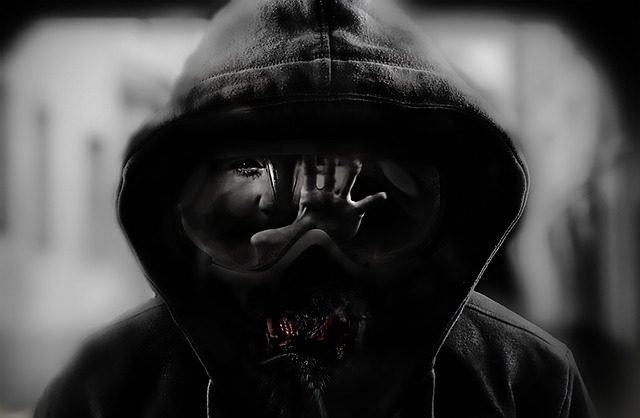 "When I saw her my mind began to panic, and I am sorry, but I just cannot go into detail about how I felt at that point. I still realized that the goblins and flames and the hand were part of the dream, but I knew the woman was real. She was actually standing there, at least according to my mind. She did not move or speak. She just stared. Then the dream elements disappeared, but she was still there. For some reason, this was the most horrifying part: she didn't disappear, or flash out, or do anything supernatural, but calmly turned, opened my door, and left. I heard the front door open, and the sound of a car engine. I lapsed back into sleep after that. When I woke up, it was morning, and I was incredibly nauseous. I vomited, and needless to say cancelled plans with my friend. Made me feel like an ass, but I couldn't explain it to him. Anyway, that was my dream. It actually took a lot out of me to write that, and I hope it's sufficient, but if you have any questions, just ask. I'm hung up about the coin/medallion pendant the woman was wearing. I just felt this overwhelming urge not to look at it."