The movie “Jaws” is responsible for a lot of things. It put director Steven Spielberg and actor Richard Dreyfuss on their respective roads to stardom. It garnered composer John Williams his first Oscar for best original score and immortalized its terrifying two-note intro. As one of the first movies to open in thousands of theaters nationwide during the traditional off-season, it defined the term “summer blockbuster.” While those can be considered to be “good” things, "Jaws" also influenced people to fear great white sharks (and sharks in general), causing a real exterminational threat to many shark species. Knowing the damage one movie can do, artificial intelligence researchers are now fearing the consequences they may suffer as a result of the new movie, “Terminator: Dark Fate.” Will they be hunted down by grizzled old AI hunters who are gonna need a bigger … computer?

“They paint a picture which is really not coherent with the current understanding of how AI systems are built today and in the foreseeable future. We are very far from super-intelligent AI systems and there may even be fundamental obstacles to get much beyond human intelligence." 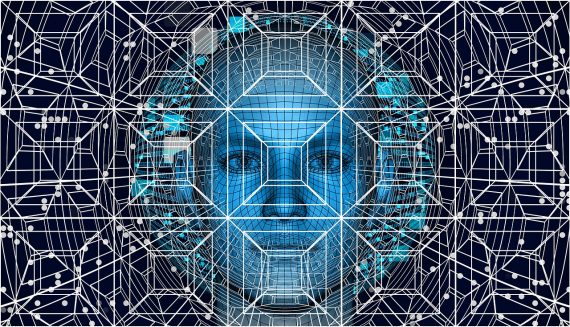 With the release of “Terminator: Dark Fate” approaching, the BBC News interviewed Yoshua Bengio, a Canadian computer scientist and one of the deepest of the deep thinkers on deep learning and artificial neural networks. A co-recipient of the 2018 ACM A.M. Turing Award for his work in deep learning, Bengio has long been a leading algorithm developer and proponent of the use of artificial intelligence in real-world business applications. As one who usually heralds the immense powers and benefits of AI, it seems strange to hear Bengio suddenly demote it to something that may not ever exceed human intelligence (and we know where THAT is).

“Typically, when people talk about the risks of AI, they have in mind scenarios whereby machines have achieved 'artificial general intelligence' and have the cognitive abilities to act beyond the control and specification of their human creators. With all due respect to people who talk of the dangers of AGI and its imminence, this is an unrealistic prospect, given that recent progress in AI still invariably focuses on the development of very specific skills within controlled domains."

It turns out Bengio is not alone. Edward Grefenstette, a research Scientist at Facebook AI Research (FAIR) and a former staff research scientist at DeepMind (owned by the parent company of Google), is obviously deep in the business of merging deep learning and machine reasoning with his work at two of the companies people point to when they talk about the real and future abuse of humans by AI. Is Grefenstette being honest in his assessment of the “unrealistic prospect” of an AI Armageddon or is he being the good company man and protecting his paycheck?

“We need to be super careful with AI. Potentially more dangerous than nukes.” 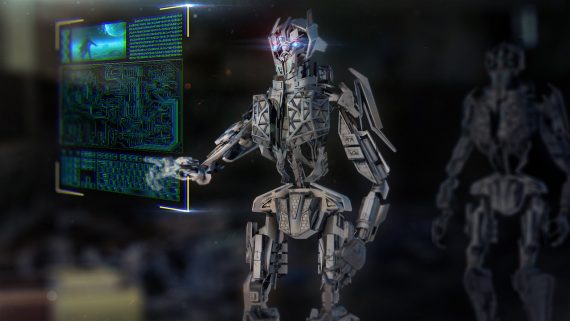 Someone who needs no paycheck protection is billionaire Elon Musk, who is not alone in stoking the fears of AI with scary warnings of impending doom. Since “impending doom by AI” is the popular plot of not just the Terminator movies but many apocalyptic films and novels, it would seem that AI researchers have reasons to worry that the public will believe fiction over fact and try to stop the advance of AI by any means possible.

"The press needs to stop treating AI like some kind of unearthed scientific discovery dug out of the ground or found on Mars. AI is just a technology that people use to do things."

Sadly, scientists like Joanna Bryson, leader of the Bath Intelligent Systems group at the University of Bath, are going the way of politicians and blaming the media instead of … well, who really IS to blame for this fear of AI? Corrupt businesses sucking up personal data via facial recognition and other AI methods? Corrupt governments doing the same? An education system that no longer elevates science as a worthy field of study? Governments and businesses that do the same? 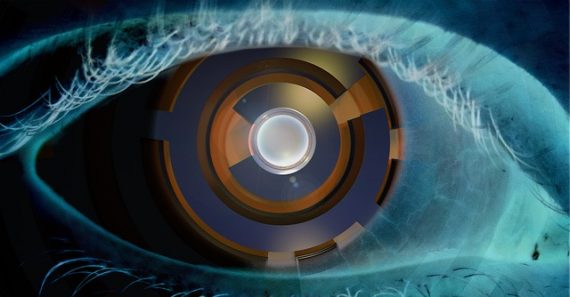 “The only thing we have to fear is...fear itself.”
Franklin D. Roosevelt

The real scary monster in “Jaws” was fear, not the shark. Yet fear is obviously not being pushed to the brink of extinction by the movie. Are these researchers right – that we should fear the fear of AI rather than AI itself? Or, as Bryson points out, should we fear the users, not the developers?

“AI is already helping us destroy our democracies and corrupt our economies and the rule of law.”

It’s ironic that this comment reminds one of yet another apocalyptic warning from a fictional character – this time, the philosophical cartoon possum known as Pogo, a popular staple of the comic pages drawn by Walt Kelley in the 50s and 60s.

"We have met the enemy and he is us."

Linda Blair and ‘The Exorcist’ Curses