Woman Claims to Have Found Artifact With Alien Writing

Are you familiar with the 1977 UFO encounter Command Sergeant Major James Norton had at Fort Benning, Georgia? Stephanie Fuller was and that story helped her possibly identify an odd metal fragment her fiancé found which had strange writing that seems to match a similar one Norton obtained in 1977 that he claimed was a piece of an extraterrestrial spacecraft. The source of Fuller’s alien artifact may have been found. What about Norton’s?

10/22/2019: Time: 11:02 a.m. Call comes in on the Paranormal Hotline. The caller is identified as Stephanie Fuller. Stephanie discovered an article I wrote about CSM James Norton who witnessed the 1977 squirmish between UFOs and our US Military. The squirmish happened at Fort Benning, Georgia.

Stephanie says:
"The item was found in an apartment in Independence Missouri. My fiancee, Justin Norman worked maintenance at the apartments. A hoarder had died but it took days for anyone to realize it. Nobody but Justin could stand the smell to clean up the place and the man had nobody to leave his things to, so we were able to keep little things. Anyways, not an extraordinary story but Justin says that he was a WWII veteran and kept to himself."

Stephanie was researching the image of her object on the internet and found it, with my article. CSM James Norton had the same object that Stephanie now has in her possession. Stephanie is willing to talk with any Ufologist that is willing to analyze her strange object.

The Paranormal Hotline is run by Paul Dale Roberts of Halo Paranormal Investigations in Sacramento, California. He posted details of the call, including photographs, on HPI’s forum page along with links to his articles on the object allegedly found in 1977 by James Norton. (Comparison photo here.) Media sources quickly picked up the story and intrepid commenters at Unexplained Mysteries wasted no time in pointing out a strong resemblance to an alien artifact prop from Steven Spielberg's 2002 science-fiction miniseries 'Taken'. (Photos here.)

While that 2002 prop may explain what Fuller’s fiancé found, what about the spacecraft piece Norton claimed to have picked up 25 years before it in 1977? For that, we return to Paul Dale Roberts, who described the Fort Benning encounter to Unexplained Mysteries in 2011. 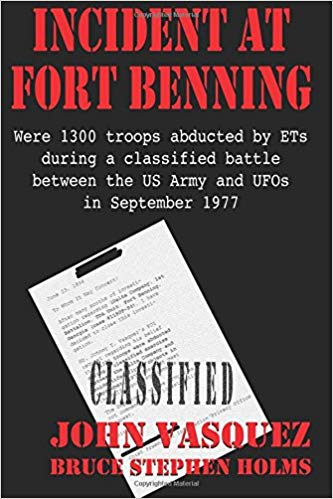 At that time, Roberts said he was put in contact with Norton by John Vasquez, who wrote ‘Incident at Fort Benning’ in 2000 about the alleged UFO encounter on September 14, 1977, when an estimated 1300 soldiers testing a new weapons system suddenly saw orbs in the sky firing lasers. Witnesses, including Vasquez who was stationed at Fort Benning, claimed the orbs were met by military helicopters – some of which were shot down. Explosions were heard, the orbs changed colors and a triangle UFO appeared before the encounter ended. The book reports that the soldiers were subsequently interrogated and told to remain silent or risk court martial, and many of them, including Norton, later became ill. Norton also revealed that two unmarked jets came to the site and picked up all of the alleged UFO debris. Well, almost all of it.

“Norton picked up a metallic piece from the crash site that has strange hieroglyphics on it. This metallic piece cannot be burned. A hacksaw will not cut it, if you bend it, it will go back to its original shape. Norton has this metallic piece BURIED AT HIS PROPERTY! Norton is willing and ready to show this evidence to some credible UFOlogists and to the media! Norton claims he has proof of UFOs being real, with this solid piece of evidence that he held onto since the incident!!”

Outside of the photographs (see one here), there seems to be no other evidence of the alleged 1977 incident at Fort Benning, even though Roberts claimed that Norton had “incredible night vision footage of UFOs of all colors taken on the base, “footage of a UFO going from one horizon to another horizon in a mere 2 seconds,” and “footage of a triangle shaped UFO that hovers over the base, no sound being emitted” that were available for the asking. No one asked? Sorry, it’s too late now – Norton has passed away. Did anyone dig up the UFO piece? Apparently not. 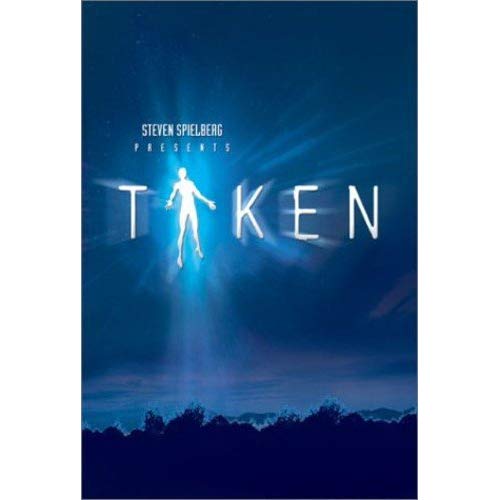 Unless … could Steven Spielberg, who by 2002 was a powerful Hollywood director, have somehow obtained access to it and slipped it – or a reasonable facsimile – into “Taken” as an Easter egg?

The Strange Story of the Superman Curse