Workers who were repairing a roof made an unusual discovery at an old English pub. They found a Victorian era bottle which was believed to have been used as an anti-witchcraft potion to ward off evil spells. What’s even more eerie is that the building was once the home of an alleged witch.

Angeline Tubbs, who is known as the “Witch of Saratoga”, was born in the same building that was once the Star and Garter Inn located in Watford village, Northamptonshire, England. The building is now a residential property and the 19th century potion bottle was discovered when the chimney was being demolished. The bottle contained human teeth, fish hooks, glass, and some type of liquid. 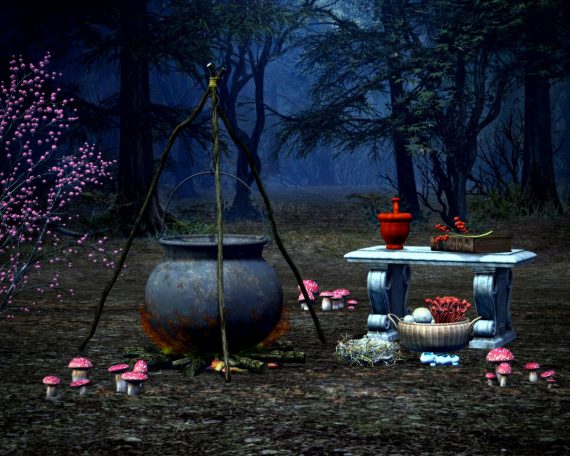 If you’re wondering what will happen to the anti-witchcraft potion bottle, the current owner of the building (who wished to remain anonymous) said, “I will probably hide it away again for someone to find in another 100 years or so.” A picture of the bottle can be seen here.

Witchcraft was once quite popular in England and as many as 300 people were executed in the eastern part of the country between 1644 and 1646 for performing witchcraft. Several potion bottles that were used as a means of protection against witchcraft have been found underneath floors of old buildings, in churchyards, at archaeological sites, and riverbanks. The majority of the bottles uncovered contained nails, pins, and sometimes even urine. So far, over 100 bottles (most of them from the 17th century) have been discovered.

So, who exactly was Angeline Tubbs and why was she nicknamed the “Witch of Saratoga”? She was born in 1761 and when she was just 15 years of age, she married a British officer who ended up being posted to the United States to fight in the American Revolutionary War – specifically in the Battle of Saratoga. 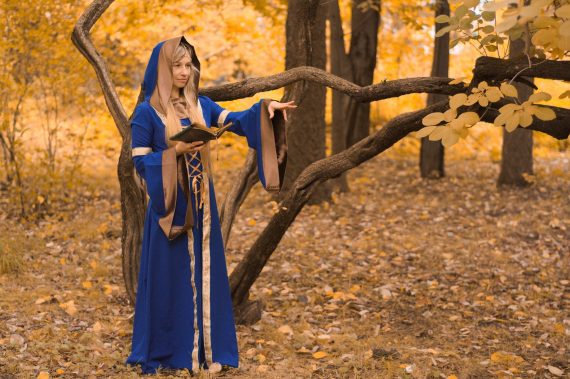 In 1777, her husband tried to murder her but when he failed he decided to leave her all alone. She traveled to Saratoga Springs by foot and constructed a hut at the base of a hill called Mount Vista with her own two hands. She lived out the rest of her days isolated in her hut with her only companions being dozens of cats.

Rumors started circulating that on stormy nights she could be seen standing on a cliff, calling out to the spirit world while red lightning surrounded her. She was arrested for performing witchcraft and sentenced to death. She claimed that she would not die until her last cat had passed away and miraculously survived the noose and went back to her little isolated hut. To make extra money, she began telling fortunes. After all of her cats had died, she passed away in 1865 at 104 years of age.

Since her death, several people have reported seeing the ghosts of a young sad woman walking alongside a man in a military uniform. Additionally, the apparition of a screaming woman surrounded by lightning with her arms stretched out can sometimes be seen around Mount Vista during stormy nights.