Welcome to another edition of “Things in astronomy that sound dirty.” You know: moon, galactic bulge, greatest elongation, big bang, astronomical unit … you get the idea. (Feel free to add your own.) Today’s astronomical innuendo? (Yes, Beavis, ‘innuendo’ sounds dirty too … heh-heh. Now, back to astronomy.) Black hole hair. Believe it or not, it has a cousin – bald black hole. Yes, these are real terms and, proving once again that you can get funding for just about anything, a group of astronomers has been studying them and recently had their results published. No, the publication is not X-rated, but this story will probably have a few more innuendos before it’s over.

“It has been shown recently that extreme Reissner-Nordström black holes perturbed by a minimally coupled, free, massless scalar field have permanent scalar hair. The hair, a conserved charge calculated at the black hole's event horizon, can be measured by a certain expression at future null infinity: The latter approaches the hair inversely in time. We generalize this newly discovered hair also for extreme Kerr black holes. We study the behavior of nearly extreme black hole hair and its measurement at future null infinity as a transient phenomenon.”

OK, let’s get some non-dirty terms defined. Reissner-Nordström black holes are black holes with mass and electric charge but no spin. ‘Perturbed’ means subjected to a force other than gravity. ‘Scalar hair’ is a peculiarity unique to a single black hole that makes it distinguishable from others. ‘Extreme black holes’ are the smallest possible black holes that can exist while rotating at a given fixed constant speed. For years, astronomers have ascribed to the “no-hair theorem” of black holes which states that all black holes can be characterized by only three externally observable parameters: mass, electric charge, and angular momentum. Anything else is referred to as black hole ‘hair’ and is sucked into the black hole horizon before it can be observed. 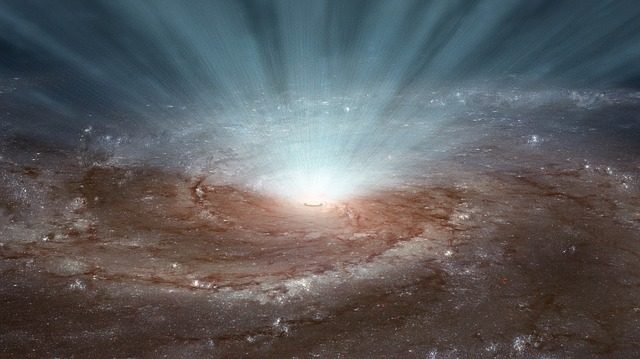 This new study led by Lior Burko, a physicist at Theiss Research in California and published in Physical Review Research, found that two types of black holes can grow hair, but then quickly go bald again. (A condition many guys can relate to.) Nearly extreme Reissner-Nordström black holes, which have almost the maximum possible electric charge but don't rotate, and nearly extreme Kerr black holes, which rotate at nearly maximum spin but have no electric charge, were modeled and found to have temporary hair (distinguishing characteristics) growth that quickly fell out (or in this case, fell in).

Is this a big deal, Lior? He tells LiveScience:

“This is an interesting find, because it's a transient behavior."

This is why the Buttheads of the world never become astronomers. Everything they think is hilarious is usually a real astronomical term. What fun is that?

They also make great band names. Like 'The Astronomical Unit'.

Dancing Past the Graveyard: A New Book Reviewed