Bigfoot and the National Guard: A Cool Connection

Bigfoot: just about everyone has heard of it. Or, to be totally accurate, we have all heard of them. There is clearly not just one creature racing around the forests and woods of the United States; such an unlikely thing would be utterly absurd. Numerous people claim to have seen the huge, hairy ape-like animals that are said to roam much of the United States. There are numerous photos that allege to show the monsters in action (so to speak). There is even film-footage too, such as the famous and controversial "Patterson Film" of 1967 that was shot in Northern California by Roger Patterson. Countless books have been written on the subject. The beasts have been the subject of a hit-movie (Harry and the Hendersons, of course) and they have even promoted beef jerky! Not a bad life for an unknown animal. As for the title of this article, it's quite an eye-catcher, right? Right! So, you may well ask, what's it all about? Well, I'll tell you. There's a cool and entertaining article at none other than the Washington Air National Guard website that focuses on nothing less than Bigfoot. Yes, you did indeed read that correctly: Bigfoot and the National Guard. 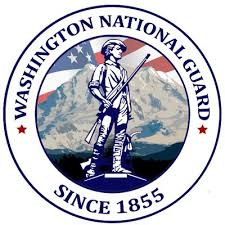 Titled "Legend of Bigfoot" the article begins as follows: "The legends of Bigfoot go back beyond recorded history and cover the world. In North America – and particularly the Northwest – you can hear tales of seven-foot-tall hairy men stalking the woods, occasionally scaring campers, lumberjacks, hikers and the like." The story continues: "Bigfoot is known by many titles with many different cultures although the name Bigfoot is generally attributed to the mountainous Western region of North America. The common name Sasquatch comes from the Salish Sasquits, while the Algonquin of the north-central region of the continent refer to a Witiko or Wendigo. Other nations tell of a large creature much like a man but imbued with special powers and characteristics. The Ojibway of the Northern Plains believed the Rugaru appeared in times of danger and other nations agreed that the hairy apparition was a messenger of warning, telling man to change his ways."

And, then there are these words, which add further data to the story: "North American settlers started reporting sightings during the late 1800s and into the 1900s with the occasional finding of footprints, sporadic encounters and even a few grainy photos and videos adding to the mystery. Those who claim to have seen Bigfoot have described everything from a large, upright ape to an actual hairy human, sometimes standing over eight feet tall and described as powerfully built. The debate and research continue. Entire organizations exist to study and document Bigfoot and prove its existence and groups regularly search the Northwest woods, looking for that ultimate proof."

And, finally, there is this, which demonstrates why, exactly, there is a connection between the world's most famous monster and the National Guard. It's a connection that is as cool as the article itself, as the National Guard note are proud to note: "In one very real sense, however, Bigfoot does exist. The Western Air Defense Sector, Washington Air National Guard adopted the mascot of Bigfoot and operates 24 hours a day, seven days a week monitoring the skies of nearly 73% of the United States and Canada. Just like the Bigfoot of legend the sector is rarely seen and rarely heard, but rest assured it continues to observe and – if necessary – serve as a messenger of warning."