In what can be considered an unusual convergence of conspiracy theories, a man who runs a Bigfoot videos YouTube channel was chasing chemtrails when he claimed to have recorded a UFO chasing them as well. If you’re playing Conspiracy Scrabble, ‘Chemtrail’, ‘Bigfoot’ and 'UFO’ is a triple-word score. However, if your game is Skeptic Chutes and Ladders, the spinner is pointing at a slide. And if your rolling the dice in Glenn Beckgammon … is there really a Glenn Beckgammon and where can you get one (asking for a friend)?

"I got him. He's spraying. Look at that, you guys, this is what they're doing to us."

According to his commentary during the video (you can watch it here), Marc Abell --the CEO of Colorado Bigfoot, a provider of Bigfoot videos – was recording a plane making a contrail over a snow-covered terrain in Vail, Colorado, and believed the color and shape changes in the contrail were signs that the plane was actually spraying something rather than just trailing the usual water vapor and jet exhaust. To the untrained or disbelieving eye, it looks like just another contrail. However, there’s no mistaking that a white object suddenly appears in the video near the contrail.

“What is that it’s following it? You guys, that is too crazy, what is that?”

“You guys” is future listeners to his commentary on YouTube. Abell decides to abandon following the plane (he later expresses a bit of skepticism himself about the alleged ‘chemtrail’ because the contrail quickly dissipated) and ‘follows’ the UFO. ‘Follows’ is difficult to discern, since the white object is too high above the horizon to see whether it’s moving or hovering when he zooms out. Abell watched until he couldn't see it anymore, but he anticipated what you’re thinking and claims he returned the following day to the same spot at the same time.

“There are no stars in the sky – there’s no way that was a star.”

‘No way’ is pretty strong, but at least he considered it. A satellite – which could explain why it wasn’t there the following night – is another possibility. OK, but what else could it have been? Abell gives one answer.

“The silver discs do that.”

That’s a flying disc or saucer reference. If this really was an alien or secret military aircraft, it appeared from the video to move under the vapor trail, making it much smaller than the plane. While some commenters speculated it was something analyzing or ‘cleaning up’ the contrail (like in a similar sighting in 2016 where a UFO seems to pass through a hole in the trail), this one doesn’t seem to come near enough to it. ‘Bird’ and ‘lens flare’ are some of the other usual culprits suggested by commenters. Needless to say, there's no agreement on any one explanation.

It certainly sounds from his commentary that Marc Abell is concerned about ‘chemtrails’. From his other videos, it looks like he’s pretty serious about tracking Bigfoot as well. While it would have improved his score in Conspiracy Scrabble, he didn’t try to link Bigfoot to his Chemtrail/UFO sighting. However, he’s definitely the kind of person you want scanning the skies and the woods for unusual stuff – observant, quick with the camera, steady of hand and willing to consider alternatives. 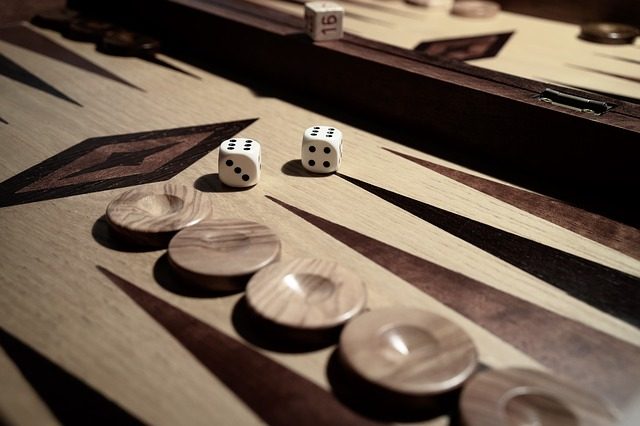 Marc Abell is also willing to attach his name to his observations of controversial conspiracy theories … something that’s becoming increasingly rare in this world. Whether you agree with them or not, that gives him some bonus points and an extra spin in Skeptic Chutes and Ladders.

Now, to hunt for a Glenn Beckgammon game ... for a friend.