There are many places upon this planet of ours where dinosaurs are still said to roam beyond the touch of civilization, surviving into modern times to baffle and startle. While it might seem to make sense in the very outer fringes of the uncharted wilds of Africa or South America, one place where occasional sightings of supposed living dinosaurs pop up is the United Kingdom. It seems an odd place for such accounts to originate from, but there have been bizarre sightings here over the years of what seem to be flying prehistoric reptiles very similar to pterosaurs.

Although comparatively rare, there have oddly been tales of living winged dinosaurs or some other similar large reptilian beasts flying through the skies of countryside of the United Kingdom going way back. At the beginning of the 20th century there was supposedly a colony of “winged serpents” lurking about the woods around Penllin Castle, in Glamorgan, Wales. The creatures were known to fly about in flocks, and although there are no modern sightings there are still living witnesses who speak of them, such as one elderly resident named Marie Trevelyan, who says:

The woods around Penllin Castle, Glamorgan, had the reputation of being frequented by winged serpents, and these were the terror of old and young alike. An aged inhabitant of Penllyne, who died a few years ago, said that in his boyhood the winged serpents were described as very beautiful. They were coiled when in repose, and looked as if they were covered with jewels of all sorts. Some of them had crests sparkling with all the colours of the rainbow. When disturbed they glided swiftly, sparkling all over, to their hiding places. When angry, they flew over people's heads, with outspread wings, bright, and sometimes with eyes too, like the feathers in a peacock's tail. He said it was "no old story invented to frighten children", but a real fact. His father and uncle had killed some of them, for they were as bad as foxes for poultry. The old man attributed the extinction of the winged serpents to the fact that they were "terrors in the farmyards and coverts.” 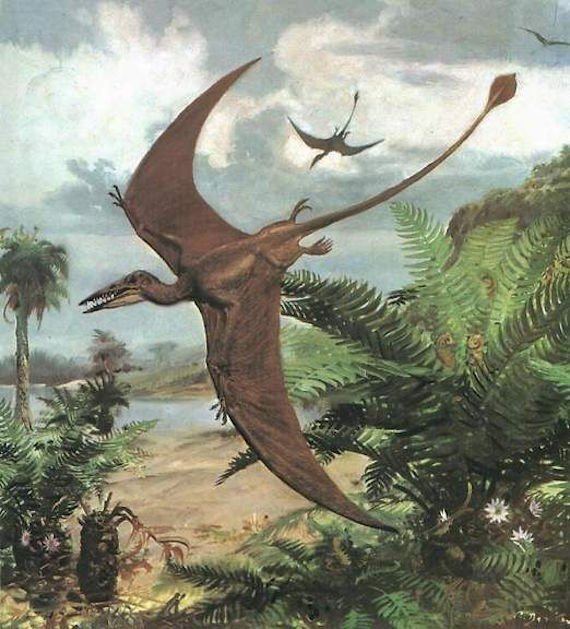 Many more modern day accounts have been collected by researcher Jonathan Whitcomb, who brings us several reports from the UK. In October of 1996, a man was out camping with friends in the Lake District of England, between Little Langdale and Coniston, when saw outlined against the moon frosted clouds a dark shape moving along at a good clip. He at first took it to be a balloon, but focusing in on it he could see that it was in fact “undulating slightly,” and that it resembled a “manta-ray fish but with a short tail.” He could also notice that the undulation he had noticed was caused by the flapping of the things massive wings, which were estimated as measuring around 35 feet from tip to tip.

Whitcomb has also produced several odd reports from the countryside of Shropshire, England. One of them was related to him by a witness who says she had her encounter as recently as 2017. The witness claims she lives in the small town of Whitchurch, the oldest town in Shropshire and located right near the border of Wales. The unnamed witness claims to live near a wilderness preserve area, and that she is very familiar with the birds of the area, as many species live in the region or pass through. On this day she explains that she was out in her garden when she had a very unnerving experience, of which she says:

Well, on this particular morning I heard a very strange screech; I say strange as I had never heard it before, and it was very loud, almost resounding. I could hear it getting closer across the way from behind the trees. I was curious as to what the sound was, but nothing prepared me for what I actually saw. I saw two pterodactyls, side by side, flying past the tree. Now at first I had to check myself, because the first thing I thought was “those are blooooody big birds, that’s no lie.” But what struck me was that it had a giant size beak and the wings had no feathers. This was huge and flew directly past [some crows, revealing size], so due to its size I could see it clearly although it went past fast due to the size of the clearing between the tree and the houses. It was grey in colour, both of them as far as I could tell.

I have researched every bird in England and even foreign birds that look similar, in case any had escaped, but the one thing is the sound. None of the birds sound like what I heard. I took a whole day pondering and wondering what it is I actually saw. I thought perhaps it was a toy, yes they have some good toys, but they still look plastic and two dimensional unless at a great distance, even the ones that flap their wings. It didn’t flap its wings up and down like a toy. It was a very fluid motion even coming across in a down to side ways sweep. After a day of research I kept the information to myself except [for] my husband, who remained skeptical but listened very nicely.

What I saw had no feathers and its wings were almost bat shaped. I had hoped someone else had seen it or it may have been reported, but as to date no one has. I have done much research online and the largest heron here still does not compare to what I saw: The legs are not long enough and the beak is not as big and the feathers are a major factor here. I cannot explain what I saw. It was something like out of a movie but it was so quick I still disbelieve what I saw, and at the same time I know what I have seen. I do not know how something like that flying around was not seen by anyone else, as it was low flying, or how it could hide, but what I have told you is true. 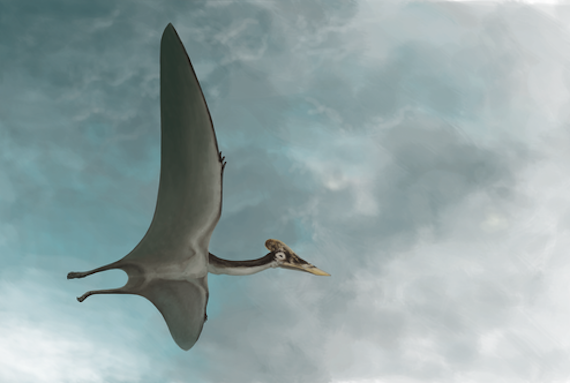 Although the witness remained someone skeptical herself at first, chalking it up to perhaps her imagination, her children would also see something strange in the sky not long after this. It would be enough to convince her to look into the phenomenon more, and she says:

My children were playing in the garden, at around 10 a.m. [and] my son of 13 years came running in to me saying he saw a giant big brown bird with giant wings. He did have a look of fright or concern on his face, so I knew he wasn’t trying to pull my leg or was exaggerating. My younger daughter, who is nine, was with him and she said she didn’t see it, as she was playing by the trees, but she heard its sound. I asked her the sound (she happens to be a very good mimic when it comes to animals), and she made the sound that I had heard. [For] the screech sound, the only thing that has come close is on Youtube: a pterodactyl sound clip. I went through pictures of birds with my son; he said it was bigger than the eagles which usually fly around the area. He said it was brown with very long wings. I asked him [if] it have feathers; he said he doesn’t know, he only saw it for a moment. So I showed him a [picture of a] pterodactyl and he said, “Yes, that’s what it looked like.”

He said it moved very fast like in stealth mode and was chasing one of the eagles or hawks around. He said it was 2-3 times the size of the bird it was chasing. I found a better image online but he said that it didn’t have such a big head crest part and the tail more like what he drew. As for me, there was something trailing but I thought it was legs, but I didn’t really focus or notice as I was focused on its front, the beak and wings, and the time frame that I saw it was very quick. But to be honest I would say I saw legs rather than a tail. It had very long wings.

Interestingly, an unrelated witness in the same general region would also report seeing something very similar in September of 2017, at a local nature reserve called Telford Town Park, in Shropshire, England. He says that he was out hiking on a clear day when he had his experience, of which he explains:

I was traveling along the main trail and just passed a bench which had stood since before I was born. A creature with a wingspan of about 4-6 feet and a mottled greyish brown colouration flew directly overhead and onwards towards a field where several horses are kept. I did have a smartphone that could take photos on my person, but it happened far too quick for me to have taken any. Our area does have nesting bats which, to someone who has never seen one, can look very odd when flying but this was way too big to have been a native bat species. 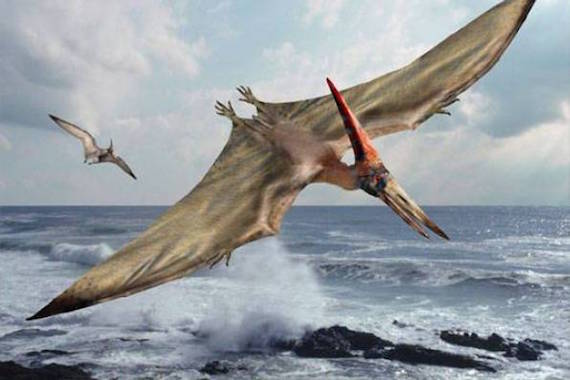 Reports like this of living pterosaurs in the UK seem almost absurd. After all, how could it be that something like this could possibly exist in modern times in these areas, and if they do exist why are such reports so incredibly rare? What are these people seeing? Is this misidentification of known birds or bats? Is it just tall tales? Could there really be something to it all? One theory is that these are not representative of a real flesh and blood animal at all, but rather something inter-dimensional in nature or perhaps even what is called a “zooform.” The term “zooform” was first coined by cryptozoologist Jonathan Dowes in 1990, and describes any sort of entity that physically appears as a real animal, but rather than being corporeal they are something perhaps more supernatural in nature, such as ghosts or a tulpa thought form conjured up by the power of the mind. The zooform has been an explanation for a wide variety of truly outlandish sightings in cryptozoology, so could it be that this has some connection to the cases we have looked at here? Whatever the case may be, these are some highly odd reports from perhaps one of the last places one would expect sightings of living pterosaurs still ruling the skies.