Bram Stoker’s Dracula May Have Been Inspired by a Priest

As if Pope Francis doesn’t have enough problems … now comes word that a priest may have been the inspiration for Bram Stoker’s Dracula. Fortunately for the pope, this was an Anglican priest, so he might want to place a courtesy call warning the Archbishop of Canterbury that he may be getting some questions about bats and blood. A horror expert researching Stoker’s connections to the city of Exeter in Devon, England, found evidence that the author was inspired by the book of an Exeter priest on werewolves and his story about a female vampire. Needless to say, this was no ordinary priest – in addition to his interests in werewolves and vampires, he wrote the classic hymn, “Onward Christian Soldiers.” Get ready for some more calls, Archbishop.

“Stoker got virtually all of his information for Count Dracula’s features from a book on Lycanthropy: the study of Werewolves.”

In preparation for a new BBC and Netflix co-production of Dracula, DevonLive interviewed Andrew Struthers, author of “Dracula Incarnate Revised Edition: Unearthing the Definitive Dracula.” Struthers has researched why the Irish Stoker chose to set his novel in Exeter, and he believes the missing link is Sabine Baring-Gould – the werewolf, vampire and hymn writing priest from 19th century Exeter. 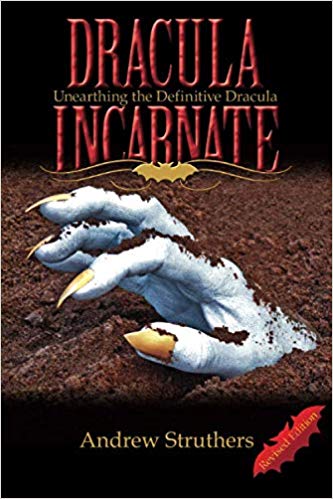 “The same man who wrote this book was also the author of a vampire story titled Margery of Quether which was published within a few months of Stoker’s first notes on his novel Dracula. The book of werewolves and the vampire tale provided Stoker with elements of his story, and virtually everything he needed for the creation of his vampire Count, possibly including the voice of his vampire, which was female.”

Sabine Baring-Gould may have been an Anglican priest, but his fame came from being a prolific writer with more than 1240 publications to his name. This include novels (‘The Broom-Squire’; Guavas the Tinner), collections (the 16-volume The Lives of the Saints), biographies, over 200 short stories and "The Book of Werewolves." Published in 1865, it covers more than 1,000 years of werewolf tales, myths, rumors, scientific studies and historical material. 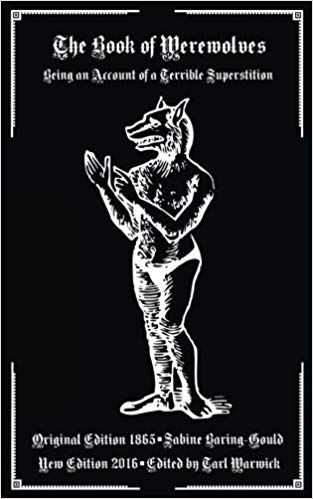 “Stoker was fond of tipping his hat to friends and acquaintances who had either helped him in researching his novel, or perhaps, even inspired the characters within its pages.”

Struthers told DevonLive that Baring-Gould’s double contribution of the werewolf book, which gave Stoker ideas on Dracula’s looks, and the vampire short story, where he got Dracula’s female voice, moved Stoker to set his classic horror story in Exeter as a tribute to Baring-Gould. Stoker hinted as much in an interview given shortly after the novel was published when he thanked the unnamed author of “the book of werewolves.”

Will this revelation hurt or help the reputation of Sabine Baring-Gould? Will people stop singing Onward Christian Soldiers because of his vampire connection? That’s unlikely. Baring-Gould has long been known and admired both in and out of the lycanthropy world for "The Book of Werewolves." Another popular work, his two-part “Curious Myths of the Middle Ages,” was called "that curious body of medieval lore which the late Mr. Baring-Gould so effectively assembled in book form" by none other than fellow horror writer H. P. Lovecraft.

Is Count Dracula himself based in any way on Father Sabine Baring-Gould? Perhaps the new production will reveal more. No date for its release has been set.

When the Slenderman Comes to “Life”