Dancing Past the Graveyard: A New Book Reviewed

Paul Eno’s new book, Dancing Past the Graveyard: Poltergeists, Parasites, Parallel Worlds, and God is a detailed study of multiple supernatural and paranormal entities and their connections to us, the human race. The book is, however, more than that. In fact, it’s way more. What Paul has done with his latest release is to carefully demonstrate the very real dangers that face us when we dare to cross paths with terrible creatures that will do all they can to torment us, to feed on us, and even to destroy our lives. There are plenty of diabolical things in our midst that will be all too pleased to do that. And, in rapid-fire speed, too. The collective story that Paul tells is both fascinating and gripping. It’s also deeply disturbing, and specifically in relation to the natures and agendas of the phenomena that Paul has encountered during his many and varied journeys into the unknown. What I particularly like about Dancing is that it’s Paul’s personal, firsthand quest for answers. By that, I mean what we have here is something akin to an extensive, packed journal or a diary that chronicles the day-by-day, month-by-month, and year-by-year experiences that Paul has endured while seeking the truth. It’s his story, but one which we, the readers, are invited to indulge in. 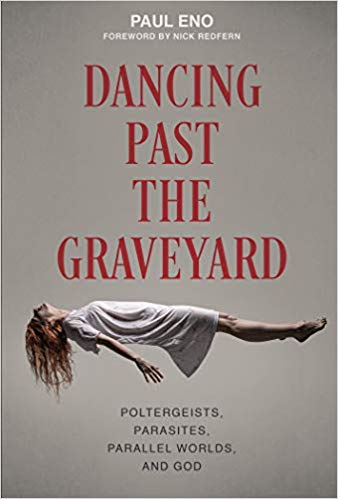 Matters begin in the early 1970s, when Paul is studying for the priesthood. In no time at all, Paul finds himself plunged into the seriously dangerous realms of demonic possession and exorcism. No pun intended, but the story that Paul shares with us is as creepy as hell. If you thought William Peter Blatty’s 1971 novel, The Exorcist – which was turned into a blockbuster movie two years later, starring Linda Blair, Max von Sydow, and Ellen Burstyn – was traumatic, imagine finding yourself in the heart of the real-world equivalent. That’s precisely what happens to Paul. As time progresses, and as the case-files pile up, dealing with cunning and hostile intelligences from other realities becomes practically second nature for him. It’s also in this period – the 1970s - that Paul comes to realize just how manipulative these monsters really are.

The perils of recklessly dabbling in the world of the Ouija-board are also spelled out – and in grim, stark fashion. People are placed in danger, as deceptive beings masquerade as the spirits of dead friends and relatives. Those same things will tell you exactly what they think you want to hear, as they seek to get their claws into you. Bizarre runs of bad luck, collapsing families, divorce, and lives wrecked are some of the typical issues that Paul has to deal with as he helps those who were unfortunate enough to encounter the others. Violent poltergeist activity is something that Paul finds himself immersed in, too. It’s yet another phenomenon that provokes calamitous activity in the home. Strange and sickening odors, and a deep sense of menace, overwhelm once-welcoming environments.

Yet again, we see Paul using his by-now-honed skills to do battle with the world of evil. One of the most significant and important aspects of Paul’s book crops up time and time again. It’s the matter of how just about all of these creatures of the supernatural kind appear to have a symbiotic connection to us. But, it’s by no means a positive connection. Rather, we are talking about things that latch onto us – in parasitic fashion, no less – and which have no intention of letting go. Ever. Paul makes it clear that this band of beasts are possibly, and quite literally, feeding on us. Farming us, even.

Dancing Past the Graveyard is an extremely important book, written by a man who lived through turbulent times and survived them; a man who shows us just how vulnerable we are to the predations of those non-human things that both haunt us and hunt us. For Paul, the decades-long journey has been both traumatic and eye-opening. It has, however, been cathartic too. I think, by the time you have finished reading the book, you will feel exactly the same.