Earth Recently Devoured One of its Own Mini-Moons

We learned in the Austin Powers movies of the benefits of having a Mini-Me. While the Moon may have once been a part of Earth that was knocked out by a collision with a Mars-sized planet, it’s hardly mini and nothing like Earth, but the planet still gets plenty of benefits from it. there has long been speculation amongst astronomers that Earth has a number of tiny mini-moons (more commonly called minimoons) orbiting it, possibly permanently but more likely temporarily before moving out to orbit the Sun on their own, leaving Earth with an astronomical empty-nest syndrome. Their existence is enticing because they offer the opportunity to travel to an asteroid in a relatively shorter timeframe than visiting those in the asteroid belt. While only one minimoon or temporarily captured orbiter (TCO) has been seen with a telescope, another has been identified. Unfortunately, it’s a real has-been – astronomers spotted it as it was burning up in Earth’s atmosphere.

“We present our observations of an extremely slow fireball (codename DN160822_03) with an initial velocity of around 11.0 km s−1 that was detected by six of the high-resolution digital fireball observatories located in the South Australian region of the Desert Fireball Network. Due to the inherent dynamics of the system, the probability of the meteoroid being temporarily captured before impact is extremely sensitive to its' initial velocity.”

In a paper published in The Astronomical Journal titled “Identification of a Minimoon Fireball,” planetary scientist Patrick Shober from Australia’s Curtin University explains how he and his colleagues used the Desert Fireball Network to spot DN160822_03 in 2016 and determine that its velocity and brightness helped them determine that this was the destruction of an extremely rare minimoon that failed to escape Earth’s orbit. The Desert Fireball Network (DFN) is a series of 50 autonomous cameras located across Western Australia and South Australia over an area of 2.5 million sq. km (almost 1 million sq. miles). Each camera 30-second exposures of the sky nightly from dusk to dawn and automatically notifies astronomers when a fireball or meteor is detected. This allows them to track, identify and potentially recover meteorites. 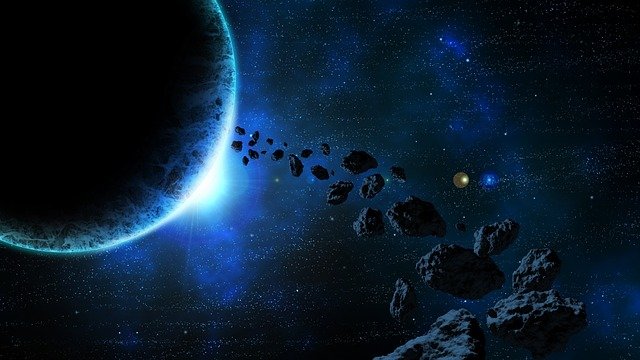 Since it went operational in 2008, DN160822_03 is the only fireball suspected to have been a minimoon. The only other one seen as it was burning up was detected by the similar European Fireball Network in 2014. While computer models reliably predict the existence of many minimoons, only 2006 RH120 has been seen with a telescope (in 2006) and the tiny asteroid left its minimoon orbit after being observed for 11 months, heading for solar system parts unknown on its own path. stuck around for about 11 months before leaving the Earth-moon system.

Size is the problem in finding more minimoons. A study by the Solar System Exploration Research Virtual Institute found that at any given time there should be at least one asteroid with a diameter of at least one meter orbiting Earth, along with an unknown number of smaller ones. Because they’re so small, their orbits are haphazard and unpredictable as Earth’s gravity fights with the Sun’s for ownership. The Sun will usually win – most minimoons will leave after a few months, but some could stay for decades.

“Currently there are two events within the DFN orbital dataset that may have been captured prior to impact. Given that the DFN dataset contains 1000+ events, this would be indicative that about 0.1-0.2% of fireballs observed by our network are TCO impactors.” 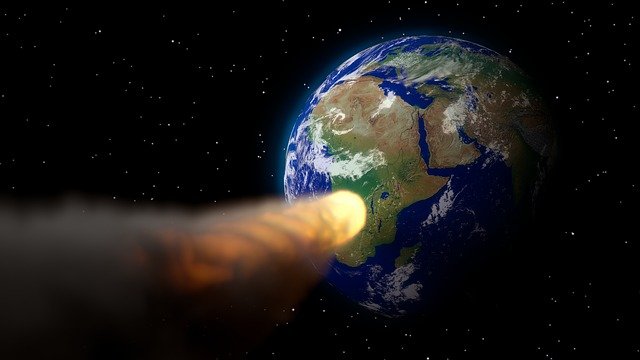 What Shober and the team are hoping to learn from DN160822_03 is how to better spot minimoons before they become ex-minimoons or dead minimoons. Shober believes the probabilities are such that more exist and, while they don’t really benefit Earth, they are definitely good for some Earthlings. As he told Discover,

“Minimoons are really awesome because they are the most accessible object to get to from Earth in the solar system.”

That means shorter and more economical trips to collect asteroid samples, test asteroid redirection technologies and mine for rare minerals.

As Dr. Evil found out in the Austin Powers movies, it’s good to keep Mini-Me’s around.

The Bizarre Tale of the Bosak Encounter