Remember Harry Reid? The former US senator from Nevada and Senate Majority Leader from 2015 – 2017 is best known in some circles for his support of UFO research and full disclosure while in office, including securing secret funding for the secret study known as ATTIP (Advanced Aerospace Threat Identification Program). After retiring due to a pancreatic cancer diagnosis, Reid has continued to fight both against the cancer and for the UFO cause and to clear up misinformation that has been distributed by the government about ATTIP and UFOs. He recently sat down for an exclusive interview with George Knapp, the acclaimed journalist and UFO investigator. Here are some of the highlights.

“I don’t understand what we’re seeing around the world with all these unidentified flying objects, and I want to be able to have an intelligent conversation in this regard.”

Reid is longing for the days when he was a government insider, authorizing the black budgets for ATTIP and its predecessor AAWSAP (Aerospace Weapons System Application Program). While ATTIP officially ended in 2012, there are many who believe it secretly still exists – Reid is one of them. ATTIP members ended up in Tom DeLong’s To The Stars Academy for Arts and Sciences and were responsible for the release of the Navy UFO footage in 2017. Apparently, Reid doesn’t (or can’t) talk to them intelligently about it and no one on the inside in Congress has Reid’s guts to go public.

“Well, let them say something about it. I’m tired of all this, they’re getting briefings and all that. Let them step up to the plate like I did and do something publicly.”

It’s not that easy, as Reid should remember. He couldn’t get any info on what alleged UFO materials some corporations may have had in their possession. Then again, Reid himself isn’t that forthcoming with information these days either, as Knapp found out when he questioned the former senator about UFO discussions during his recent visit with Bill and Hillary Clinton. The former president expressed an interest in UFO disclosure while in office and the former presidential candidate promise she would do it if elected. Reid told Knapp that they promised to give him more dirt on their next visit – not exactly a risky promise to make to someone who’s 79 and being treated for pancreatic cancer.

“Nope, nope, but he, I didn’t want to push him, but he was very interested.”

Reid was also evasive with Knapp about a UFO conversation he had with the late astronaut and former senator John Glenn. Unfortunately, it seems all that’s available to talk to is what Reid refers to as “a fringe group of people out there who want to control this. The so-called conspiratorial folks.”

“They don’t want anybody that’s based on facts involved in this. So what do they do? They go online and try to belittle Elizondo and me and anybody else that is trying to do it in a scientific way. Elizondo is a man with a great record serving our country and people should leave him alone. And one thing about him, he’s not backing off and I appreciate that very much.” 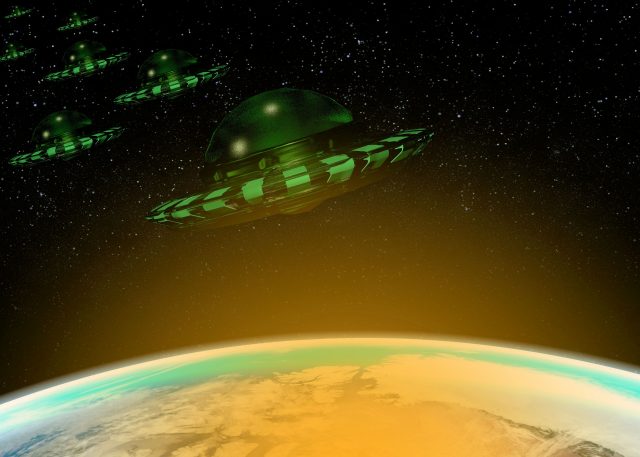 Luis Elizondo headed ATTIP and is currently Director of Global Security and Special Programs at To the Stars Academy of Arts and Science. Reid describes him as a fighter for the UFO disclosure cause and he’s encouraged by the mainstream media coverage he gets. He’s also encouraged by the willingness of the Navy to received and review UFO reports from its pilots without fear of punishment.

It would have been nice if Reid had shared more of what he knows with George Knapp, especially with his pancreatic cancer diagnosis. Fortunately, it’s in remission so he can continue to fight for UFO disclosure despite the “fringe group” and “conspiratorial folks.” Let’s hope his next conversation with George or some non-conspiratorial folks tells us more.

The Mystery of the Ethiopian Death Birds