From the Coelacanth to Cryptid Creatures

The keepers of the Smithsonian’s website states that “…a fish called the coelacanth were once known only from fossils and were thought to have gone extinct approximately 65 million years ago (mya), during the great extinction in which the dinosaurs disappeared. The most recent fossil record dates from about 80 mya but the earliest records date back as far as approximately 360 mya. At one time coelacanths were a large group comprising about 90 valid species that were distributed worldwide in both marine and freshwaters. Today, there are two known living species.”

It should be noted that the coelacanth is not a tiny, blink-and-you’ll-miss-it-type fish: it grows to lengths of six-and-a-half-feet in length. An adult coelacanth can weight up to 175 pounds. And, yet, for so long, they remained completely undetected. The Sea and Sky website provides us the following information on this legendary fish: “Fossils of the coelacanth have been found that date back over 350 million years. But, against all odds, in 1938, a fisherman actually caught a live coelacanth off the coast of South Africa. A second specimen was captured in 1952 off the coast of the Comoros Islands off the eastern coast of Africa near Madagascar. Needless to say, this caused a sensation throughout the scientific community. Since then, live coelacanths have been sighted and photographed many times in the wild.”

The U.S. government’s National Oceanic and Atmospheric Administration (NOAA) has an interest in the coelacanth, stating: “The coelacanth has several unique physical features. Most notably are its paired lobe fins that extend away from the body and move in an alternating pattern. The body of the fish appears iridescent dark blue in film or video footage but under natural light the color is light brown with white blotches throughout that have been used for individual identification. They also have thick, armor-like scales and a unique joint at the back of the skull that allows them to open their upper and lower jaws at the same time. The coelacanth is a slow drift-hunter and eats a variety of benthic and epi-benthic prey, such as cephalopods, eels, cuttlefish, and deepwater fishes.”

NOAA continues: “The Tanzanian distinct population segment of African coelacanth lives among deep, rocky terraces comprised of sedimentary limestone. In this habitat, coelacanths are thought to use submarine cavities and shelves that have eroded out of the limestone composite for shelter between 230 to 460 feet in depth and in temperatures around 68° F. The average lifespan of coelacanths is estimated to be 48 years of age. Female coleacanths reach maturity between 16 and 19 years and give birth to live young after a very lengthy gestation period of 3 years, which is the longest gestation period of any vertebrate species.” 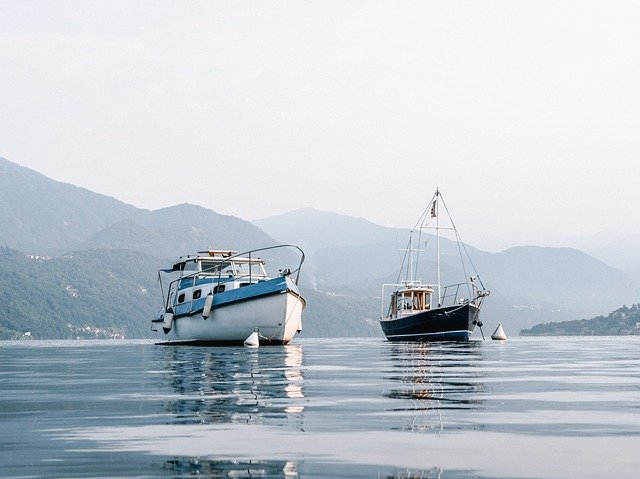 NOAA concludes: “Historically, fisheries bycatch has been the most significant threat to the coelacanth. The Tanzanian distinct population segment in particular is subject to bycatch in the Tanzanian shark gillnet fishery, which has been expanding over the last decade. The Tanzanian distinct population segment may experience direct habitat loss due to deep-water port construction, including submarine blasting and channel dredging known to occur in coelacanth habitat.”

You may wonder why, today, I'm focus so much of my attention on the coelacanth. The answer is an important one for the field of Cryptozoology: apart from finding fossilized remains of the coelacanth no one had ever seen such a fish until 1938. No sightings. No photographs. And, yet, for all of that time the fish were living very comfortably off the coast of South Africa. What this shows is that relatively large fish (in large amounts) can exist in our world and without being found for a very long time. Just perhaps, the coelacanth may not be a solitary case of such proportions. One day, and quite out of the blue, we may very well come across something else that is assumed extinct, but which turns out not to be gone, after all. And, maybe, it won’t be just one case. I'm talking about the likes of sea serpents and lake monsters that - just like the coelacanth - may turn out to be surviving relics from times long gone.

Hundreds Of People Are Planning To Storm “Australia’s Area 51”