Gary McKinnon & Those “Non-Terrestrial Officers”: Real or a Game?

Gary McKinnon is someone that most people with a deep interest in UFOs will have heard of.  As I'm sure you will remember, he's the guy who, in the early 2000s, chose to do something that was (A) extremely reckless; and (B) absolutely stupid. He did nothing less than hack into the systems of various agencies of the U.S. government. The purpose for this crazy decision? McKinnon felt that by doing so  he just might be able to find some of the government's most classified data on UFOs and alien life. Well, it didn't quite work out like that. In fact, McKinnon found himself plunged into the heart of what became an ever-growing nightmare. Author and journalist Jon Ronson said of McKinnon: "Basically, what Gary was looking for - and found time and again - were network administrators within high levels of the U.S. government and military establishments  who hadn't bothered to give themselves passwords. That's how he got in."

Although McKinnon lived in the U.K., the U.S. government made it very clear that they wanted McKinnon flown over to the United States - and as soon as possible. There was talk of a court-case and of jail time - partly because there were claims that McKinnon had caused significant damage to some of the systems he accessed, which was something he vehemently denied. There was even talk of McKinnon ending up in an American prison not just for years, but for decades. Fortunately for McKinnon, none of this came to pass. He was very lucky not to have been hauled across the Atlantic and thrown into the slammer. Ironically, given the fraught state of affairs that McKinnon found himself in, he actually discovered very little of any significance while surfing where he shouldn't have been. That is, except for (A) a solitary photo of, well, something, which he found at the Johnson Space Center, and (B) a certain list, which we will come to soon. In 2003, McKinnon told Matthew Williams - a former employee of the U.K. government's now-defunct Customs & Excise agency - the following, in an interview:

"I saw probably about two-thirds of this picture, and I saw what looked like the Earth's hemisphere with clouds. But then the structure started to appear and it started to reveal the body of what at first looked like a satellite. Then, as it revealed more, I realized that this looked very different and I was onto something. There didn't appear to be any seams or rivets, and no telemetry, no aerials. Just then, I saw the mouse move on the screen and it went down to the lower part of the screen, and next chose the "Disconnect' command, and that was it: that was me out of NASA." It was no time before U.S. authorities were onto McKinnon, as history has shown.

As well as seeing a strange image on the screen, McKinnon also said that he came across a weird Excel spreadsheet titled "Non-Terrestrial Officers" (NTOs). It's this part of the McKinnon saga that has prompted so much controversy. Of this aspect of his hacking, McKinnon said: "“It doesn’t mean little green men. What I think it means is not Earth-based. I found a list of fleet-to-fleet transfers, and a list of ship names. I looked them up. They weren’t U.S. Navy ships. What I saw made me believe they have some kind of spaceship, off-planet.” All of which brings us to the matter of what has become known in the fields of Ufology and conspiracy-theorizing as the "Secret Space Program."

Of the alleged SSP, ufologist and author Richard Dolan said: “Over the years I have encountered no shortage of quiet, serious-minded people who tell me of their knowledge that there is such a covert program. Are there bases on the far side of the Moon? I do not know for sure, but I cannot rule it out.” What do I think about all of this? Well, I find it very hard to believe that some kind of clandestine agency might be making regular, secret missions to the likes of the Moon and Mars - and back again. It just sounds too incredible. On the other hand, and if it was proven, I have to admit I wouldn't be too surprised. Very little surprises me in today's crazy world. I should stress, though, that mountains of undeniable crap have been said by proponents of the SSP controversy - to the point where most of it is totally laughable. And pathetic too. Maybe there is a secret space program, but the current data suggesting there is such a highly-classified project simply does not hold water. It doesn't even hold a solitary drip. Some, however, might say: "Or, does it?" That question brings us back to the matter of Gary McKinnon's Non-Terrestrial Officers.

In a 2010 article titled "What did UFO hacker really find?" Alejandro Rojas wrote of those NTO-based documents: "Some of these logs were ship to ship transfers, but he says he was usually smoking pot when he hacked, so that prevented him from remembering the names of the ships. McKinnon told the Guardian: 'I was smoking a lot of dope at the time. Not good for the intellect.' There are rumors that he has talked about the names of two of the ships he saw on the transfer logs, the names of the ships being the USSS LeMay and the USSS Hillenkoetter. Typically Navy ship names just have two S’, an acronym for United States Ship, however there are three S’ here, presumably standing for United States Space Ship." 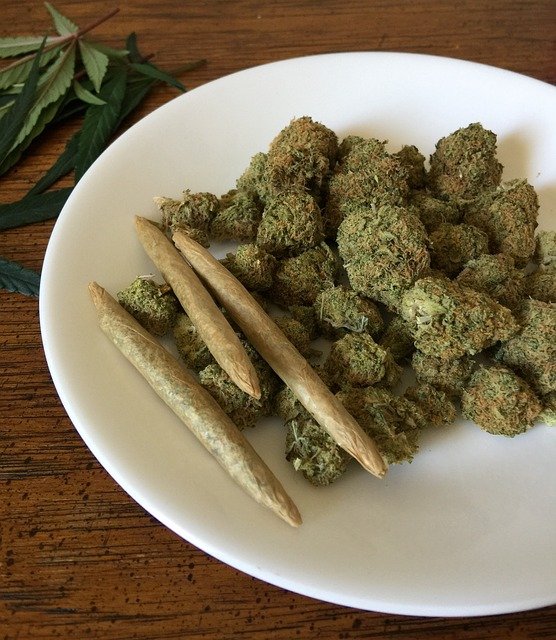 I'm not sure why pot is getting a bad rap here, as it has genuine, significant medical-based benefits (aside from just the recreational use of it on a weekend night on the couch), but I digress. Moving on: it was reported on several occasions that McKinnon had seen around twenty-five names on the elusive list, along with the titles of around ten ships. So, does the U.S. government have a secret space program? And, if so, did Gary Mckinnon stumble onto it, albeit very briefly? I'll share with you, now, some more words from McKinnon himself, which - interestingly - present us with a very different scenario.

In an interview at Wired.com, McKinnon was asked: "Could this have been some sort of military strategy game or outline of hypothetical situations?"

Notably, McKinnon did not deny such a possibility at all. In fact, he replied: "What I found could be a game – it's hard to know for certain."

Indeed, it is hard to know. It would, however, be both amazing and surreal if all of the fuss over (A) McKinnon's actions, (B) the massive media coverage those same actions provoked, and (C) the U.S. government's attempts to have McKinnon go on trial for his actions, was caused not by McKinnon having found evidence of a Secret Space Program, but by him unknowingly having come across an in-house computer game of the U.S. military.