Ghosts Could Be a Sign the Universe is Just a Simulation

“Your vision only sees a sliver, a tiny range of the electromagnetic spectrum. You are unaware of most of it If you had to interact with the world in the full range of what’s going on, you would be frozen. So biology has developed a user interface that ultra simplifies what you are interacting with. It is constantly updating your model of reality and interacting with it. It is your matrix. You interact without knowing there is anything else out there.”

“It is your matrix.” That sounds like an opening line in a sci-fi movie or a New Age homily, not business plan, but it may be a little of all three as it was uttered an unusual two-day festival exploring “the intersection between creativity, technology, and humanity.” The festival is the annual Cucalorus Connect, held this past week in Wilmington, North Carolina, and the speaker was University of North Carolina at Wilmington Julian Keith, Ph.D. He and fellow professor Curry Guinn, Ph.D, addressed a popular movie plot as a potential real-life scenario – that we’re living in a matrix or computer simulation created by an advanced society and the ghosts we see are actually glitches in said matrix. 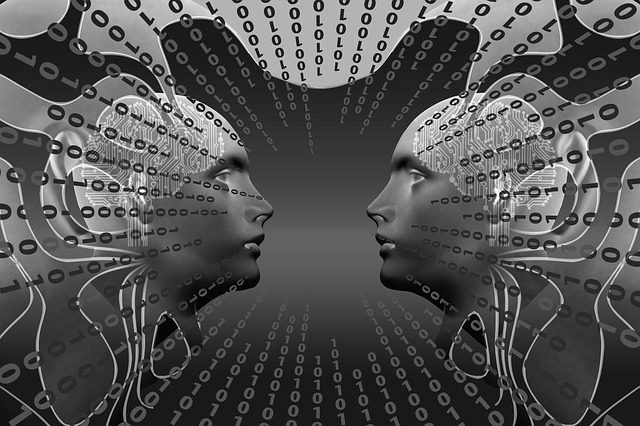 Musk again! This guy is everywhere these days -- with or without that breakable truck he probably wishes was a simulation. Professor Julian Keith opened his half of the joint presentation, “You’re in The Matrix, You Just Don’t Know It,” by pointing out that Musk believes we could be living in a simulation and points out to rapid advances in technology – like the ones Musk himself is making – as a sign of it … especially computer games.

“Look at where computer games are now compared to where they were 40 years ago in the era of Pong.”

Curry points out that we’re already approaching games similar to the Star Trek Holodeck where players can lose the sense that they’re in a simulation. If we’re on our way to creating a matrix, it doesn’t seem that far-fetched that a more advanced society has already created it … and it is us. The question is: how can we tell?

“Glitches in the system. Deja Vu, such as in the Matrix movie when a character sees a cat crossing a doorway repeatedly, may be one glitch. Ghosts, ESP, coincidences may be others. The laws of physics in our universe seem peculiarly designed with a set of constants that make carbon-based life possible. Where are the edges?”

“Where are the edges?” There’s some ready-made movie plot point dialogue for you budding screenwriters. Here’s another one: “Spooky action at a distance.” Curry references Einstein’s comment about quantum entanglement—the ability of separated objects like atoms and electrons to share a condition or state across a vast distance. Einstein didn’t buy quantum entanglement but he has since been proven wrong … at least on a particle scale. What if it exists on a human scale? What if there’s a connection between the beings in simulations and those in our perceived realities … us?

“We run a ton of them all the time. Supercomputers run simulations for weather predictions. We use them to better understand our environment and make changes. We use them to study human activity and ask questions such as how does population grow? What things work best? It is us running these simulations.”

Are our own simulations already influencing our actions? Curry’s example of weather simulations is a perfect example of exactly that. Based on hurricane simulations, we make decisions on where to run for safety. However, a few people may see a ghost or have a premonition that following those directions could be dangerous and they take a different path. Those who follow the simulation end up in a place where they drown, while the others survive. Could the ghostly warning have been a ‘glitch in the matrix’?

The Cucalorus Festival began 25 years ago as an underground film festival, but presentations like those of Keith and Curry show it has evolved into so much more. Or … are THEY just another glitch in the matrix.

The Bizarre Hypothesis of the Aquatic Ape