Over at Smithsonian.com you can find a cool article that dates back to 2014 and that is focused on legends of sea serpents. One person whose research is mentioned in that same article is Henry Lee. As the article states: "Henry Lee, who wrote extensively on sea creatures and monsters, emphasized that many classical monsters are not simply pure myth. In his publication Sea Fables Explained (1883), he wrote, '… the descriptions by ancient writers of so-called ‘fabulous creatures’ are rather distorted portraits than invented falsehoods, and there is hardly any of the monsters of old which has not its prototype in Nature at the present day.'" As someone who has a deep interest in the field of Cryptozoology (the study of unknown animals), I have been intrigued by Lee's work for a long time. Born in the 1820s he held a significant position in the U.K.-based Brighton Aquarium and was a member of both the Zoological Society and the Geological Society. Lee died in 1888.

Even though Lee had his doubts about more than a few reports of sea serpents, this didn't stop him from addressing the matter to a significant degree. His work (now in the public domain) covers a great deal of territory and creatures. Certainly, one of the strangest aspects of his research was that which revolved around tales of mermaids. Yes, you did read that right: mermaids. Of his foray into this extremely controversial area of research, Lee said quite a lot. And all of it was controversial. One example begins as follows: "In the year 1797, Mr. Munro, schoolmaster of Thurso, affirmed that he had seen 'a figure like a naked female, sitting on a rock projecting into the sea, at Sandside Head, in the parish of Reay. Its head was covered with long, thick, light-brown hair, flowing down on the shoulders. The forehead was round, the face plump, and the cheeks ruddy. The mouth and lips resembled those of a human being, and the eyes were blue. The arms, fingers, breast, and abdomen were as large as those of a full-grown female," and, altogether, 'That sea-nymph's form of pearly light Was whiter than the downy spray, And round her bosom, heaving bright, Her glossy yellow ringlets play.'" 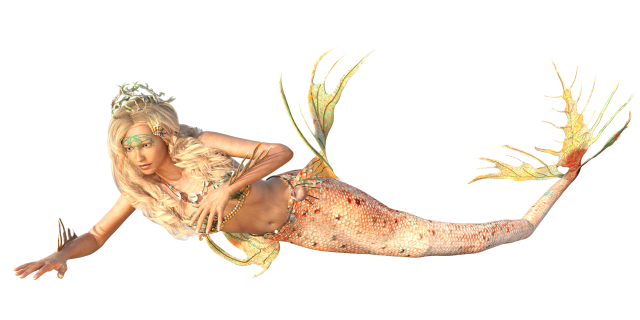 Lee continued: "This creature was apparently in the act of combing its hair with its fingers, which seemed to afford it pleasure, and it remained thus occupied during some minutes, when it dropped into the sea. The Dominie 'saw the maiden there, Just as the daylight faded, Braiding her locks of gowden hair An' singing as she braided,' but he did not remark whether the fingers were webbed. On the whole, he infers that this was a marine animal of which he had a distinct and satisfactory view, and that the portion seen by him bore a narrow resemblance to the human form. But for the dangerous situation it had chosen, and its appearance among the waves, he would have supposed it to be a woman. Twelve years later, several persons observed near the same spot an animal which they also supposed to be a mermaid."

Lee was hardly finished. He had another amazing (and wholly unlikely) story to share with his readers: "A very remarkable story of this kind is one related by Dr. Robert Hamilton in the volume already referred to, and for the general truth of which he vouches, from his personal knowledge of some of the persons connected with the occurrence. In 1823 it was reported that some fishermen of Yell, one of the Shetland group, had captured a mermaid by its being entangled in their lines. The statement was that 'the animal was about three feet long, the upper part of the body resembling the human, with protuberant mammæ, like a woman; the face, forehead, and neck were short, and resembled those of a monkey; the arms, which were small, were kept folded across the breast; the fingers were distinct, not webbed; a few stiff, long bristles were on the top of the head, extending down to the shoulders, and these it could erect and depress at pleasure, something like a crest. The inferior part of the body was like a fish. The skin was smooth, and of a grey color. It offered no resistance, nor attempted to bite, but uttered a low, plaintive sound. The crew, six in number, took it within their boat, but, superstition getting the better of curiosity, they carefully disentangled it from the lines and a hook which had accidentally become fastened in its body, and returned it to its native element. It instantly dived, descending in a perpendicular direction.'" 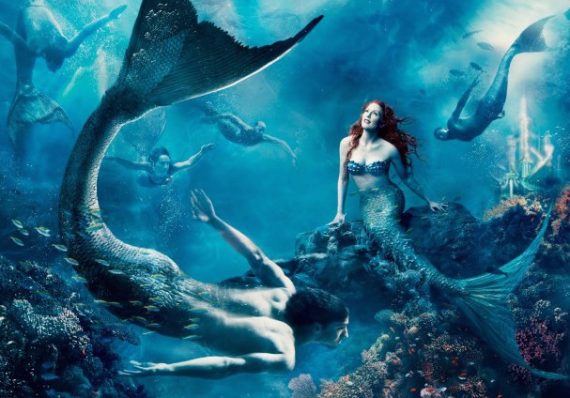 Lee continued (and concluded) as follows: "Mr. Edmonston, the original narrator of this incident, was 'a well-known and intelligent observer," says Dr. Hamilton, and in a communication made by him to the Professor of Natural History in the Edinburgh University gave the following additional particulars, which he had learned from the skipper and one of the crew of the boat. 'They had the animal for three hours within the boat: the body was without scales or hair; it was of a silvery grey color above, and white below; it was like the human skin; no gills were observed, nor fins on the back or belly. The tail was like that of a dog-fish; the mammæ were about as large as those of a woman; the mouth and lips were very distinct, and resembled the human. Not one of the six men dreamed of a doubt of its being a mermaid, and it could not be suggested that they were influenced by their fears, for the mermaid is not an object of terror to fishermen: it is rather a welcome guest, and danger is apprehended from its experiencing bad treatment.' Mr. Edmonston concludes by saying that 'the usual resources of skepticism that the seals and other sea-animals appearing under certain circumstances, operating upon an excited  imagination, and so producing ocular illusion, cannot avail here. It is quite impossible that six Shetland fishermen could commit such a mistake.'"

Impossible that someone could make just such a mistake? I would say "No!" Live Science note: "Some researchers believe that sightings of human-size ocean animals such as manatees and dugongs might have inspired merfolk legends. These animals have a flat, mermaid-like tail and two flippers that resemble stubby arms. They don't look exactly like a typical mermaid or merman, of course, but many sightings were from quite a distance away, and being mostly submerged in water and waves only parts of their bodies were visible."

That's good enough for me!