Living On Mars Could Cause Humans To Develop Dementia

Having humans eventually colonize on Mars has been a hot topic, but a new study may put a damper on those plans. With so much radiation on the Red Planet, health risks are a huge factor, and recently researchers have found evidence that living on such a planet could very possibly cause humans to develop dementia.

According to a paper published by the US National Library of Medicine & National Institutes of Health, several people who had received radiation treatment for cancer ended up developing dementia. The paper read in part, “When a patient with cancer develops a brain metastasis, death is usually imminent, but aggressive treatment in some patients with limited or no systemic disease yields long-term survival.”

It went on to read, “In such patients, delayed deleterious effects of therapy are particularly tragic. We report 12 patients who developed delayed complications of whole brain radiotherapy (WBRT) given as sole treatment (4 patients) or in combination with surgical resection (8 patients).” And the results were heartbreaking, “Within 5 to 36 months (median, 14) all patients developed progressive dementia, ataxia, and urinary incontinence causing severe disability in all and leading to death in 7.”

For those wanting to visit Mars, this news is particularly upsetting unless scientists can somehow prevent the radiation from entering the space suits. They are planning to send a Radiation Assessment Detector to Mars prior to humans ever stepping foot on the planet.

Charles Limoli, who is a professor of radiation oncology at the University of California, Irvine’s School of Medicine, said, “This is not positive news for astronauts deployed on a two-to-three-year round trip to Mars.” He went on to say, “Exposure to these particles can lead to a range of potential central nervous system complications that can occur during and persist long after actual space travel – such as various performance decrements, memory deficits, anxiety, depression and impaired decision-making.” What’s even more disturbing is that “Many of these adverse consequences to cognition may continue and progress throughout life,” he explained.

Additionally, the university’s research team found that radiation can affect “fear extinction” which is when the brain suppresses disturbing memories, such as when a person who had almost drowned can enjoy getting into the water again. “Deficits in fear extinction could make you prone to anxiety, which could become problematic over the course of a three-year trip to and from Mars,” Limoli stated. 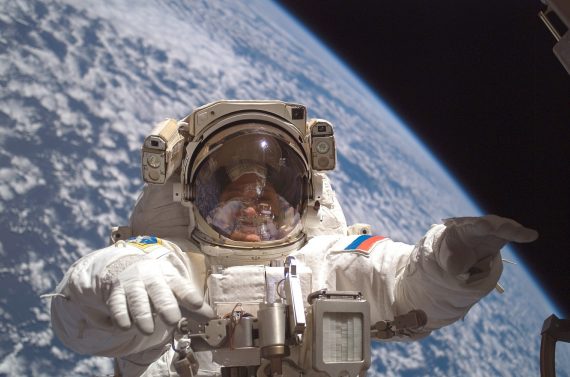 There is already proof that humans who have spent time in space have had serious health problems as just a few days ago it was reported that astronauts who were on board the International Space Station had developed blood clots and reverse blood flow.

The study focused on eleven astronauts (nine men and two women with an average age of 46) who were on board the ISS for six months. Six of the astronauts experienced stagnant or reverse blood flow, while one of them developed a blood clot, and another one had a possible partial blood clot.

This is definitely not good news for humans planning to live permanently in space.