Last week I received a lengthy, rambling series of messages from a guy in Salt Lake City, Utah that - when I finally got around to copy-pasting and formatting it all - amounted to eleven pages in single-spaced Word. I won't detail the whole story, since it would take an entire batch of articles to do that. Sam (which is his real name) is a twenty-something who has never seen a UFO, has never been abducted by ETs, and has never had a particular interest in the subjects of UFOs and alien life. For a while, however, he did dabble in the occult, which may very well have led to what occurred just a few months back. Here's the story: Sam found himself in a very weird situation that began in late August of this year, and that he claims is still going on. On the first night of weirdness, he woke up, around 5:00 a.m. in a state of complete confusion on his bed, rather than in it. Sam had had an extremely strange "nightmare" of having been placed into a state of what he called "mind control" a couple of hours earlier, which would have put the time it all began around 3:00 a.m. In that same nightmare, Sam got out of bed, dressed, and exited his apartment. But that's not all: when he dressed, it was not in his regular, casual clothes. Rather, it was in a black suit, which he put on without giving it a thought. I should stress he doesn't own a black suit.

Sam cannot remember what happened after he left the apartment, that is until he arrived at the doorstep of an apartment only two blocks down from his. He recalled knocking on the door, which was opened by a woman with a blank look on her face - and who seemed to have no problems about letting a complete stranger into her home at what, by now, was around 4:00 a.m. Sam recalls entering the living-room, with the woman in front of him. He then warned her never to talk about a UFO encounter that she had just a few days earlier - a case that involved "missing time" but not an "abduction." In his strange state, Sam could hear himself saying the threatening words, but it was as if "it wasn't me saying it. It was coming from my mouth, but it wasn't me." Sam then left, walked back to his home, and went to bed. He fell asleep - and then woke up around 5:00 a.m., as described earlier. In the morning, the suit was nowhere in sight. All that was left were the vivid  memories of that odd night of what Sam fully believes was a case of possession, rather than just a bad dream. 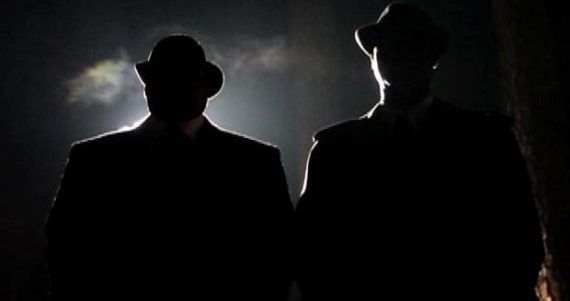 Sam claims that roughly the same scenario has now occurred on three occasions: he wakes in the early hours, dresses in a black suit (which is never still there when he wakes at his usual wake-up time of 7:00 a.m.), and then heads off to the home of the targeted individual, which, so far, is always the same woman. As with the first occasion, he cannot recall how he gets to the home of the person, although he recalls walking back. Oddly, even though he knows the woman lives nearby, he is never able to find her apartment when he is in a normal state during the day. It's as if (he believes) that he's being prevented from finding the location - that is, until he is required to make another late night threat. Then, he has no problem at all finding the site. It's a result of all this undeniable weirdness that Sam chose to contact me, having done some online research and seen that I have written several books on the MIB and one on the Women in Black phenomenon. Sam believes that demons have control of him and that those same demons are behind the MIB phenomenon. In Sam's world, those same demons use us - in a hypnotized state - to prevent people from getting too close to the truth of the UFO enigma - which is, in Sam's view, demonic, too. And they do that by literally turning random people into MIBs, via temporary possession of people like Sam. He believes.

When I began to dig into the story deeply, I realized that it was very similar to one that Timothy Green Beckley had shared with me back in September 2010 (specifically on the 21st of the month). The story, in Tim's own words, went as follows: "There was one case where I might have been threatened by a Man in Black. There was a publication I wrote for in the 1970s called Official UFO. They published their address in the magazine, so they did get a few crank  visitors to the offices. One of these was a gentleman who claimed he was being stalked by the Men in Black." As Tim also told me, he eventually got to meet a guy who would later turn out to be an alleged Man in Black. They had a degree of correspondence for a while, as well as a few face-to-face encounters. By the end of the 1970s, however, things started to get very menacing, as Tim told me.

The man in question made a number of disturbing calls to Tim's home phone number. It was something that led Tim to contact the police. When the police tracked the strange character down, Tim finally got the lowdown on who, exactly, the man really was. It transpired he was a homeless character, spending his nights and days on Grand Central Terminal in Manhattan, New York City. There was a very good reason - beyond just the threats the guy made - why Tim was concerned. Tim explained to me that the man "...must have called fifty times and left crazy, threatening messages that would go on and on. I spoke with his parents, who were in Florida, and they said that although he wasn't always like this, something came over him now and again." 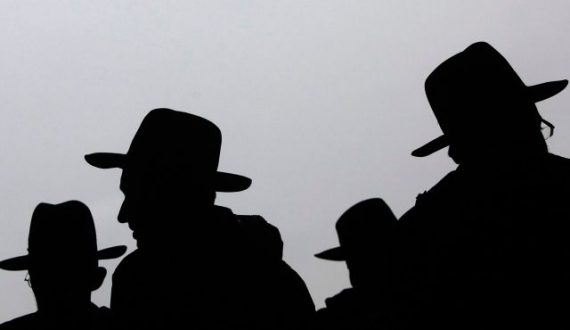 Tim had an intriguing theory, one that echoes the story told to me last week by Sam. Tim said: "With cases like this guy, where something came over him, and with the MIB, it's like a possession, where a paranormal force takes possession of the person and they become the Man in Black, doing what the force wants them to do, but without their knowledge. Afterward, they might not even remember any of it. These people are living on the fringe of society; they are simple-minded people who can easily be controlled and influenced. Someone, say, who might be living in some rundown apartment, is taken over in a kind of trance, and then he becomes one of the Men in Black. He threatens someone, and then he goes back to his normal life after the possession ends, and he doesn't remember it. But, while he is under the control of whatever is doing this, he's not quite right. And, like a zombie, is the best way I can describe it."

I have to say that all of this paints a very strange, even sinister, picture. Of course, the most likely scenario is that Sam was already aware that I had previously addressed this very same theory (in my 2011 book, The Real Men in Black) that the MIB might actually be regular people in the throes of possession and used by...well...something. The least likely scenario is that supernatural, demonic entities are using us as vessels, as a means to threaten witnesses to UFOs (and to paranormal phenomena, too). I personally go with the "most likely" angle. The fact is, though, that in most MIB encounters, the witnesses describe the Men in Black as acting very strange, as if they aren't fully self-aware, and as if they are performing a role, but they don't completely understand what that role is - beyond making that veiled threat to keep people quiet about their particular encounter of the UFO- or paranormal-based type.