Monstrator: The Odd, Ephemeral Mystery Object That “Dropped Anchor” in 1762

Throughout the middle 1700s, there was a buzz going through the astronomical community, as a number of compelling reports of sightings of objects traversing the surface of the sun had begun to accumulate.

Typically small, dark and circular in shape, these objects would sometimes take no more than seconds—or at most several hours—to pass across the sun. However, in either case, the motion seemed to indicate that these “objects” were more than mere sunspots, with which astronomers were already well acquainted.

As early as March 15, 1758, astronomer Tobias Mayer observed such a dark object passing before the sun, which he estimated to be 1/20th the diameter of the solar globe. Four years later in February 1762, J.C. Staudacher also observed such an object, which appeared as a black, round-shaped spot on the sun, which had vanished the following day. 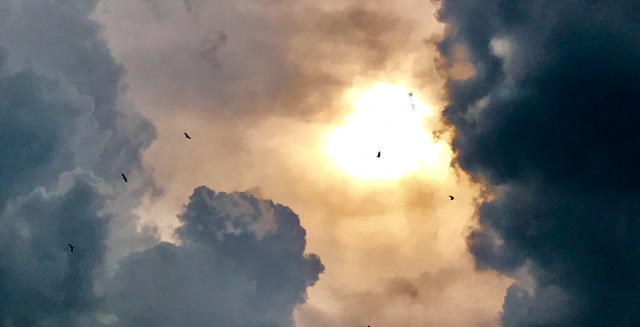 Some of these observations had likely been the passings of known planets, such as Venus, as they passed before the sun. However, some of the accounts from this period are less easily explained. Perhaps the most notable is that of Monsieur Rostan, an astronomer and member of the Economic Society at Berne, as well as the Medico Physical Society at Basle, Switzerland. On the date of August 9th, 1762, Rostan had been using a quadrant to measure the sun’s altitudes at Lausanne. On the day in question, de Rostan noted that “the sun gave but a faint, pale light,” which he guessed had been a result of “the vapours of the Leman lake.”

However, upon directing a telescope toward the sun, he made a most unusual observation, the following description of which appeared in the Annual Register several years later:

“Happening to direct a 14ft. telescope, armed with a micrometer, to the sun, he was surprised to see the Eastern side of the sun, as it were, eclipsed about three digits, taking in a kind of nebulosity, which environed the opaque body, by which the sun was eclipsed. In the space of about two hours and a half the South side of said body, whatever it was, appeared detached from the limb of the sun; but the limb, or, more properly, the northern extremity of this body, which had the shape of a spindle, in breadth about three of the sun's digits, and nine in length, did not quit the sun's northern limb. This spindle kept continually advancing on the sun's body, from East towards West, with no more than about half the velocity with which the ordinary solar spots move; for It did not disappear till the 7th of September, after having reached the sun's western limb.”

Rostan further noted that the object had been visible almost every day during this period, which lasted for close to a month. He even managed to produce a rough idea of the object’s appearance, with the help of a camera obscura, which he sent along to the Royal Academy of Sciences at Paris.

It was reported that the same unusual object was visible passing before the sun was observed at Basle, although observers in Paris were unable to discern the object. Regardless, the events of September 1762 were perhaps the most significant in the midst of a wave of similar sightings of dark masses traversing the Sun; sightings of similar objects (although usually round, rather than spindle-shaped) would continue through to the end of the century, and well into the nineteenth century as well. On occasion, there would be more than one of the objects seen, and by the middle 1800s, compelling articles—quite sensation for astronomical literature—were asking whether an elusive, intramercurial “Planet Vulcan” might exist closer to the Sun than any other known planets. 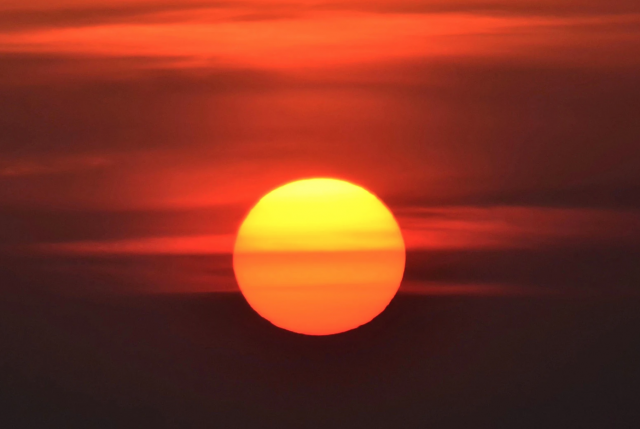 There were other interpretations about the objects that would follow. Charles Fort, writing about Rostan’s observations in 1762, believed the object to have been a “super-Zeppelin,” which had been Fort’s own trademark expression for extra-planetary spacecraft from other words.

“Because of the spindle-like form,” Fort guessed, “I incline to think of a super-Zeppelin, but another observation, which seems to indicate that it was a world, is that, though it was opaque, and “eclipsed the sun,” it had around it a kind of nebulosity—or atmosphere? A penumbra would ordinarily be a datum of a sun spot, but there are observations that indicate that this object was at a considerable distance from the sun… As to us— Monstrator.”

“In Fort’s mind,” UFO and Fortean chronicler Loren Gross would later comment, “something was out there. Something had dropped anchor.”

It is certainly not inconceivable that there could have been a large, ephemeral object observed in space during this period—either orbiting the Earth, or the sun itself—which had been observed by Rostan and at least one other around that time. The idea that the object could not be seen from Paris raises the question of whether it was indeed much closer to Earth, in which case a natural satellite, or even what has been called a “moonlet” could have been the culprit.

Then again, most space rocks are anything but “spindle-shaped,” so perhaps more exotic possibilities shouldn’t be ruled out, either.

The ESA is Seriously Considering Hibernation for Mars Trips