There are some parts of England where you can’t throw a stone without hitting a stone circle. There are other parts where you won’t hit a single one. Gloucestershire recently joined the ranks of stone circle locations with the discovery of a Bronze Age ring cairn hidden by thick foliage in the Forest of Dean. Who’s Dean? Did he know about it?

"Nobody knows precisely what they were used for. Some have been found in association with burials, and often there appear to be residues of charcoal in places like this, suggesting rituals that involved fire."

Part of the mystery of stone circles, found primarily in the UK but others are scattered around the world, is that there are so many dating to a relatively short period in history … and yet, we know so little about them. That sentiment is echoed by archaeologist Jon Hoyle, who told the BBC how he found yet another one in Gloucestershire’s Forest of Dean.

"It was very exciting. I was expecting to find quite a lot of new sites with the LiDAR, but nothing as interesting as this."

Indeed, Hoyle wasn’t even looking for stone circles, since Gloucestershire is about 70 miles from Avebury and Stonehenge and, until now, had no ring cairns. In fact, it appears he was just conducting a general aerial survey using LiDAR (the light detection and ranging equipment which uses laser beams to erase ground cover and create a 3D picture of what lies hidden and beneath the surface) when he spotted something “interesting.” (Photos here.)

At first, Hoyle suspected the "extremely circular" mound in a naked Forest of Dean was a World War Two gun emplacement. That might make sense since the Forest of Dean was an important English mining area, with extremely productive coal and iron mines, foundries to process them and a network of railways and tramroads to distribute them. However, when Hoyle visited the site at a secret location near the village of Tidenham, he realized this mound hid something that dated much earlier than the 1940s – something from the Bronze Age between 2,500 BCE and 1,500 BCE.

This shouldn’t be surprising, since the Forest of Dean (historians debate whether ‘Dean’ is a corruption of the Welsh ‘din’, which means ‘hillfort’, or ‘Dane’ as in ‘Land of the Danes’ which refers to the Viking settlements in the area) was occupied by humans in the Mesolithic Age (15,000 to 5,000 BP – Before Present or 1950) and signs of Bronze Age agricultural field systems have been found there. Remnants of stone megaliths have also been discovered, but no rings … until now. 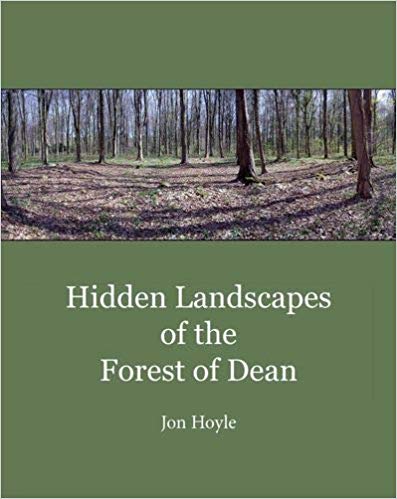 Hoyle told the BBC that ring cairns were "common in upland areas, in places like Derbyshire, Northumberland and Wales" but this is a first for Gloucestershire and the Forest of Dean. It’s an area Hoyle knows well – his new book is “Hidden Landscapes of the Forest of Dean.” However, even with his extensive knowledge of the archaeological sites in the Forest of Dean, the purpose of this ring is a mystery to him.

One thing is for certain – The Forest of Dean would make a great title for an album by a progressive rock band named Stoned Circles.

Bizarre Accounts of Real Demons in the Closet