Haunted houses and cemeteries aren’t the only places to see ghosts these days. It’s autumn in the Northern Hemisphere and that means we’re coming to the close of crop circle season in England, France, rural America and other farmlands where these strange, artistic patterns appear in fields of wheat and other grain crops capable of being compressed/stomped into circles filled with intricate and mysterious patterns. Make note of this year’s crop circle locales because they may become homes to next year’s ghost crop circles. Ghost what?

“This is absolutely breathtaking. May I inquire how the depressed image is green while the rest of the crops are yellow/brown? Its sooo amazing and beautiful!”

Earthfiles.com, the website of the wonderful Linda Moulton Howe, posted that query this week, along with an aerial view of a ghost crop circle. (Watch the video here.) Linda helpfully explains that the stunning green design in an otherwise brown field is “an exact pattern that had been in the field the summer before,” which is why it’s called a ghost crop circle. The video was made by Stonehenge Dronescapes, the company owned by Nick Bull, a “keen photographer based in Wiltshire who loves to capture beautiful landscapes with my drones and DSLR camera.” Wiltshire is the home of the Stonehenge and Avebury stone circles and is in close proximity to a majority of England’s annual crop circle locations, so it’s ideal for filming the mysterious spring ghost circles as well. However, this one was recorded on October 23rd on Rodfield Lane in Hampshire – the county adjacent to and west of Wiltshire. Puzzled? This fall ghost circle intrigued Linda as well.

For those who believe that crop circles are not manmade, one explanation for ghost crop circles is that the ‘force’ which created them affected the soil, which then 'remembers' the pattern the following year and enables the seeds planted in that area to germinate faster than the rest, creating a green version of last year’s circle. For those who believe crop circles are the result of human stomping, there are explanations for both spring and fall ghost circles as well as the equally mysterious “snow circles.” Wait ... what?

The popular time to stomp crop circles is when the grain crop, most often wheat, is at its highest. That’s obviously before the crop is harvested, which means the stompers are crushing seeds back into the soil, in effect replanting them and starting their growth cycle all over again. After the harvest, those circle seeds create shoots which recreate the pattern, resulting in a fall circle. This type of ghost circle depends on when the circle is stomped and when the field is harvested, so it can also be the cause of springtime green ghost circles.

On the other hand, the seeds may begin to germinate but too late to sprout. However, that process sucks the nutrients out of the soil. When the farmer plants and fertilizes again in the spring, that soil may not have enough nutrients and will stay barren or stunt the growth of the seeds, resulting in a depressed ghost crop circle. 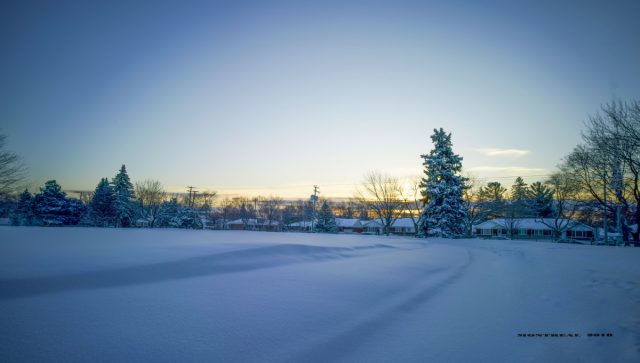 Hey, what about those snow circles?

Thanks for the reminder. Some farmers upset with the loss of crops due to the stompers (one of the main reasons why many areas have laws against it) will double-fertilized the crushed area with nutrients or manure. That will cause an intense composting effect in those areas. Anyone who has turned over a compost pile or a pile of rotting leaves in cold weather will have seen steam rise or felt some warmth. That same composting heat can melt the snow in a field enough to recreate the crop circle in a winter ghost pattern.

Or it could be aliens.

Thanks again to Linda Moulton Howe for sharing the great view of a fall ghost crop circle from Stonehenge Dronescapes.