Where there’s smoke, there’s fire, and where there’s water vapor, there’s … well, NASA isn’t ready to say the obvious just yet, but it has confirmed the discovery of water vapor in the thin atmosphere above Europa, one of the largest of Jupiter’s 79 moons, pushing it to the #2 spot on the list of “it’s got everything needed to support life” places in the solar system behind Earth. Does this mean there’s liquid water down below? And a beach covered with tanning Europans? Should Elon Musk start planning to build a resort? Let’s not get ahead of ourselves.

“Essential chemical elements (carbon, hydrogen, oxygen, nitrogen, phosphorus, and sulfur) and sources of energy, two of three requirements for life, are found all over the solar system. But the third — liquid water — is somewhat hard to find beyond Earth. While scientists have not yet detected liquid water directly, we’ve found the next best thing: water in vapor form.” 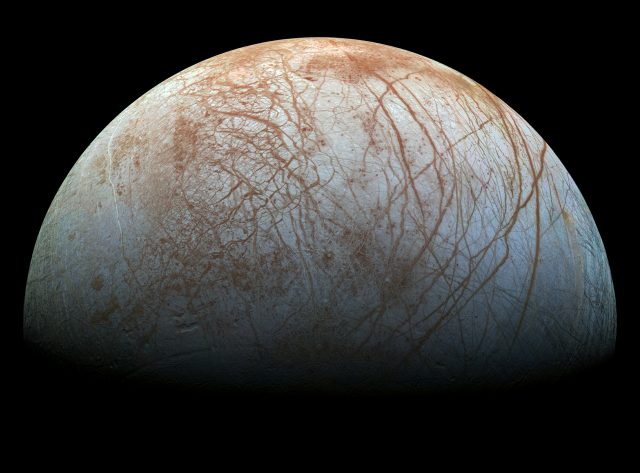 In a NASA press release announcing the publication of a new study published in the journal Nature Astronomy, NASA planetary scientist Lucas Paganini explained how his team of scientists collected 17 nights of Europa observations taken by the W. M. Keck Observatory atop the Mauna Kea volcano in Hawaii in 2016 and 2017. In them, they detected water vapor being released from Europa at a rate of 5,202 pounds or 2,360 kg per second. If that sounds like a bit more than a fire hose, it is – they estimated that a few minutes of spray at that rate would fill an Olympic swimming pool. Should NASA send an astronaut application to Michael Phelps?

“Our global survey at infrared wavelengths resulted in non-detections on 16 out of 17 dates, with upper limits below the water abundances inferred from previous estimates. On one date (26 April 2016) we measured 2,095 ± 658 tonnes of water vapour at Europa’s leading hemisphere. We suggest that the outgassing of water vapour on Europa occurs at lower levels than previously estimated, with only rare localized events of stronger activity.”

Paganini’s team hedges its bets by pointing out that the super-soaker blast of water vapor occurred on one night, and they saw no vapors at all on the other 16. Lorenz Roth, an astronomer and physicist from KTH Royal Institute of Technology in Stockholm and a co-author of the study, says this points out “the apparent sparsity of large plumes on this icy world.” The lack of large sprays doesn’t necessarily mean no liquid water on the surface, but it necessitates close observations of the third kind – on or near the surface of Europa. Fortunately, the upcoming Europa Clipper mission will put a spacecraft specifically made to search for life in an orbit designed for low flybys. Unfortunately, it’s not scheduled to launch until the mid-2020s. 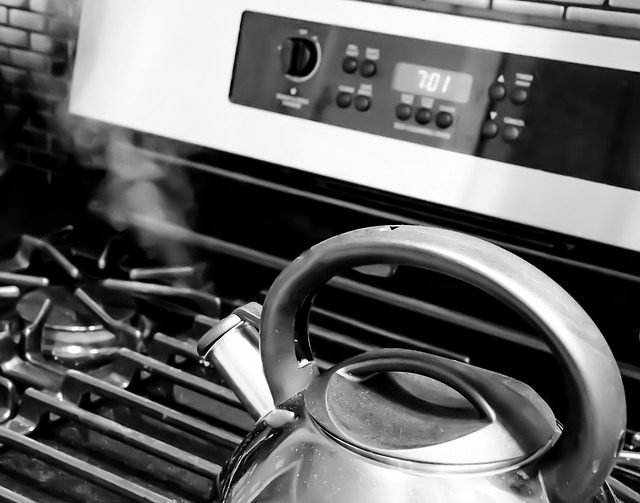 Unless you’re a fan of fresh-brewed tea or wrinkle-free pants, it’s tough to get excited about steam. Yet, the discovery is still major and worthy of patience and more observations of Europa by Earth and space telescopes until the Clipper gets there.

In the meantime, The Sparsity of Large Plumes would make a great name for a band.

Scythes and Stardust: The Strange Arabian Comet of 1479