Commander David Fravor, who was flying one of the F/A-18 Super Hornets that were engaged with the tic-tac shaped UFO off the coast of California in November of 2004, came out with another startling fact. He claims that there are some missing tapes of the encounter.

In an interview with The Fighter Pilot Podcast earlier this year, he said, “All the radar tapes from the Princeton are missing and they can’t find [them],” adding, “I was chatting to someone at the archives and they’ve said someone has taken that page from the logbook.” 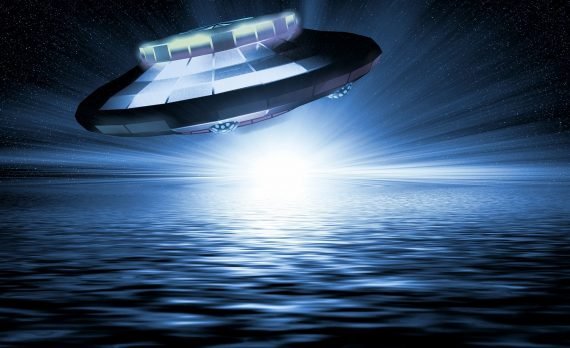 He went on to say that after his encounter with the tic-tac shaped UFO, he made copies of the tapes, which oddly enough, also went missing. “We copied the tapes and wrapped them up and stuff them in the space,” he explained, “They were put in a safe on the Princeton and they stayed there.” He said that after they returned from a cruise, the tapes were still there, but then they went missing and nobody knows where they ended up. “There have been several COs [Commanding Officers] since then, no one knows where they went,” he stated.

This isn’t the first time that Commander Fravor has been in the news, as just last month he appeared on the Joe Rogan show and made some pretty startling revelations. He said that whoever was controlling the UFO was able to block the pilots’ radar systems so that they couldn’t lock in on it. He also mentioned that in the 1990s, another Navy pilot witnessed an unexplained “kind of dark mass coming up from the depths” of the water that was not a submarine. The object sucked the Navy’s torpedo underwater before disappearing into the depths of the water.

Another recent news story involved a U.S. Navy veteran who came forward with claims that shortly after the infamous UFO encounter, secret officials boarded the USS Princeton in order to take “something” off the ship. In an interview with The Nimitz Encounters, Lead Petty Officer Ryan Weigelt said that the officials took “something” off the helicopters that made them unable to fly.

And as for the UFO itself, there have been claims that there were protruding legs coming out from the bottom of the craft. In an interview with The Nimitz Encounters, Petty Officer Jason Turner said, “The shape of it [was odd] as it had some protruding objects at the bottom of it.” He went on to say, “I couldn’t tell if they were curled back or straight down because I was a good five or ten feet from the feed,” adding, “But there were definitely legs on it. It was oblong, like a tic-tac.”

With all of these new revelations, the mystery of the tic-tac shaped UFO encounter in 2004 is deepening, creating more questions than answers.