Of X, Y, and Z: The Search for the Lost Works of Charles Fort

In 1919, something strange was afoot. An idea, unknown before that time, had been gestating; it slipped from the womb, stumbled, and began its eerie march through the public consciousness of post World War America.

That idea had been the culmination of several years of work by a man, one Charles Hoy Fort, who had banished himself to long periods in libraries, both in New York and in London, where he went in pursuit of arcane knowledge.

Frogs, fish, snakes, and other things which fell from the sky; occasional chunks of flesh--hair still attached--sprinkled down with droplets of blood. Weird lights, torpedo-shaped mechanical "Monstrators," and other emissaries of the uncanny which occasionally lined the pages of periodicals, science journals, and other sources would all be collected by Fort, who furiously jotted notes about them onto scraps of paper he stuffed into his pockets before each investigative sojourn.

That stumbling thing which had been born out of all this had been Fort's masterpiece, The Book of the Damned, arguably one of the most interesting, and at times most baffling books ever written.

This would not be Fort's last book either. The Book of the Damned was followed in 1923 by New Lands, then Lo! and Wild Talents in 1931 and 1932 respectively, the last of these appearing on shelves only days after Fort passed away on May 3, 1932. Fort's ideas would outlive him, however, and even prior to his death his friend and colleague, Theodore Dreiser, had founded The Fortean Society, which attracted names of no less prestige than Ben Hecht (who had written one of the first reviews of The Book of the Damned in the Wednesday Book Page), American poet Dorothy Parker, writers Vincent Gaddis and Ivan T. Sanderson, each of whom would go on to publish numerous books and articles in the same vein as Fort's work had run. Even luminaries the likes of Frank Lloyd Wright and Buckminster Fuller served stints as members of the Fortean Society.

With the interest that persisted in Fort's work over the years, it was only natural that many of his admirers would concern themselves with whether any earlier, unpublished writings by Fort might have survived. Fort himself had given this tantalizing--and devastating--clue, in a telegram to the Wednesday Book Page shortly after the publication of The Book of the Damned:

I determined to write a book. I began writing novels. Year in, year out, 3,500,000 words, though that's only an estimate.

I thought that, except in the writing of novels, which probably looked like the offspring of kangaroos, not an incentive could there be to go on living. Lawyers and naturalists and longshoremen and United States Senators— what a dreary lot! But I hadn't written what I wanted. I'd begin anew and be an ultra-scientific realist.

So I took notes enormously. I had a wall covered with pigeon-holes for them. I had 25,000 notes. I worried then of the possibility of fire. I thought of taking the notes on fireproof material. But they were not what I wanted, and, finally I destroyed them. For that Theodore Dreiser will never forgive me.

These were not mere notes Fort had aborted with such prejudice. There had in fact been the accumulation of writings in the form of not one, but two books written by Fort, given the Spartan titles of X and Y, which were never published, despite the efforts of Theodore Dreiser, who had been particularly impressed by them.

X was, as Fort explained, based on a concept which had been inspired by the oddities he had been collecting during his descents into the catacombs within the pages of tomes kept at the New York Public Library. X was, however, not the exposition on uncanny things that The Book of the Damned would ultimately be: it was instead a fictional work which borrowed such ideas, and attempted to unite them with an underlying meaning.

In Fort's own words, as explained in a letter to Dreiser:

If, in acting upon us, X could only make use of what we should naturally do anyway--we should, if stimulated by X, think that we were but following what we call our own free wills.

Then, in the search for X, we should look not for strange, seemingly supernatural phenomena, but for things that we should have done anyway, but in a lesser degree, historical events which have heretofore been accounted for by reason, but have in them somewhere a vague mystery or an atmosphere of the unaccountable, despite all the assurances of their own infallibility that our historians have given us.

I shall try to show that X exists; that this influence is, and must be, evil to an appalling degree to us at present, evil which at least equals anything ever conceived, of in medieval demonology.

As noted by Fort's biography Jim Steinmeyer, "Fort's letter to Dreiser about X included a number of puzzling statements. The finished text was nearly a hundred thousand words, but Fort seemed uninterested in boo publishing, thinking that it might make a better series in a magazine." This had not been the most curious thing Fort would express to Dreiser about X, however. Fort seemed to hint at the idea that the "fictional" work was based in what, at very least to Charles Fort, might very well have appeared to be fact.

"I've given up fiction," Fort told Dreiser. "Or in a way I haven't. I am convinced that everything is fiction; so here I am in the same old line."

Steinmeyer argues that, "There's little question that Fort took X seriously, and the doubts he expressed were his modest way of kidding his efforts." After all, the same general themes present in surviving descriptions of X would appear to have been carried over into The Book of the Damned. Following the destruction of the X and Y manuscripts, Fort went back to collecting notes on oddities:

I ended up with 40,000 notes arranged under 1,300 headings such as "Harmony," "Equilibrium," "Catalysts," "Saturation," "Supply and Demand," "Metabolism." They were 1,300 hell hounds gibing, with 1,300 voices, at my attempt to find finality. I wrote a book that expressed very little of what I was trying to do.

And the rest, as they say, is history. 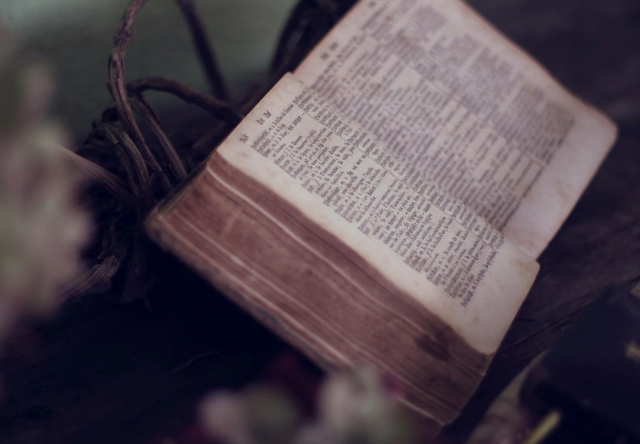 Still, many have wondered over the years what the finished X and Y manuscripts might have been like, and whether they would have held their own along Fort's later, more famous offerings. Although these manuscripts truly are "lost" in the sense that they were destroyed by their author (a trespass for which, arguably, Dreiser hadn't been the only one unwilling to forgive Fort), there are a few indications about what it's premise had been.

Although Dreiser never succeeded in pitching the manuscript to any publishers, it had seemingly had a profound impact on him. He even wrote a fifteen-page play based on the premise it outlined, called The Dream, which Dreiser published in 1917. In it, there is a dialogue between three of its characters, a chemistry professor, a physicist, and a philosopher. The chemist, George Syphers, makes an attempt to explain his conception of the nature of life to his companions, and in doing so, outlines the main thrust of Fort's X:

The whole thing may have been originated, somehow, somewhere else, worked out beforehand, as it were, in the brain of something or somebody and is now being orthogenetically or chemically directed from somewhere; being thrown on a screen, as it were, like a moving picture, and we mere dot pictures, mere cell-built-up pictures, like the movies, only we are telegraphed or teleautographed from somewhere else.

The "lost manuscripts" of Charles Fort might not have been masterpieces, but few serious Forteans haven't wondered about them, and what versions of the ideas--fictional or otherwise--that later appeared in the mad prophet's published works might have resembled. As with many mysteries that Fort pursued over the course of his lifetime, it seems only fitting that he would leave us with a few riddles of his own; such questions will no doubt keep us guessing, much like the loose ends of reality that adorn the pages of the works he did manage to see through to publication.