Red Lights and Flying Wings: An Unusual “Foo Fighter Report” Over the Pacific

During the Second World War, many pilots—both Allied and Axis fighters, and above Europe and the Pacific—reported observations of unusual aerial phenomena. Generally appearing as one or more lights, and often reddish in color, these aerial specters would often pace aircraft, flying off to the side, directly in front of, or in pursuit of the observing pilot and crews.

Known today as “Foo Fighters,” there have been a variety of interpretations as to what their ultimate source and nature might have been. Theories range from Nazi experimental weapons (a seemingly unlikely notion, if indeed Axis pilots had observed them as well), to unique varieties of natural luminous phenomenon akin to ball lightning.

Beginning in 2012, the Washington Post featured a number of articles on such phenomenon as “red sprites,” “blue jets,” “elves,” and other odd electrical phenomena of the upper atmosphere, which very likely could explain some of the Foo Fighter reports from the Second World War.

However, there are always the occasional outliers, and as far as Foo Fighters go, while many can most likely be explained as electrical phenomena that would have been virtually unknown at the time of the war, a few reports do seem to point to something more tangible.

One very atypical Foo Fighter report from close to the end of the Second World War was logged by the Eastern Air Command, South East Asia, in its Weekly Intelligence Summary for June 1, 1945. The incident occurred over Truk (known since the end of World War II as the Chuuk State, one of four such states in the Federated States of Micronesia). 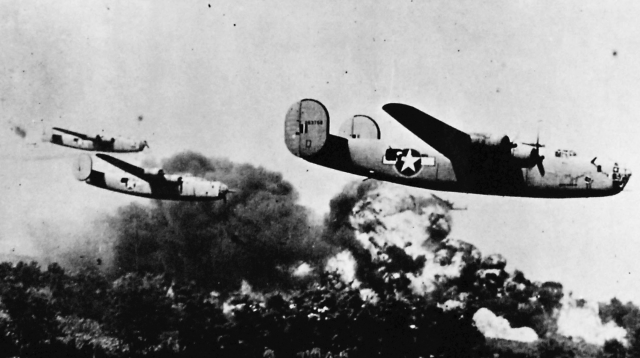 "A B-24 of the 11th Bomb Group on a snooper mission over Truk during the early morning hours of 3 May 1945, encountered what may prove to be as baffling a phenomena (sic) as the balls of Ught seen by the B-29s while over the Japanese mainland,” the report states, referencing previous sightings of Foo Fighter-like illuminations observed previously by pilots over the Pacific.

The report then gives the following account of the incident:

"The B-24 first observed two red circles of light approaching the plane from below while still over the Truk atoll. One light was on the right and the other was seen on the left of the B-24. The light on the left side turned back after one and one half hours. The one on the right remained with the bomber until the B-24 was only 10 miles from Guam. From the time that the B-24 left the atoll, the light never left its position on the right side. It was reported by the crew members as sometimes ahead, sometimes behind, and sometimes longside the B-24 and always about 1200 to 1500 yds distant.

The light followed the B-24 in dives from 11,000 to 3,000 feet, through sharp course changes and even brief cloud cover always keeping its same relative position and distance. At one time, the pilot turned into the light and he definitely reports no closure occurring. During the night, high cirrus clouds masked the moonlight and no part of the object was observed except the light.”

This statement is curious, in that the report seems to indicate that while only the light produced by the object could be seen at night, in daylight there seemed to be more of it that became visible. Had the report left us with no more than this, it would indeed have proven to be a tantalizing—and frustrating—case where limited details leave far too much to the interpretation of the reader.

However, in the final line from the report, we do glean this much more about the strange aircraft that had been escorting the B-24: “At daybreak, the light changed to a steady white glow and a possible wing shape with a silver glow was noted by some members of the crew.” 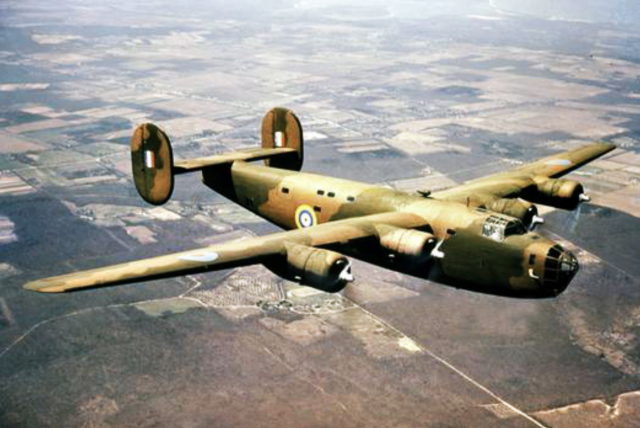 Indeed, this description of a “wing shape” possessing a “silver glow” (metallic reflection?) would seem to be quite different from the essentially nebulous reports of ball lightning-like manifestations that comprise most Foo Fighter observations. Here, we appear to have a description of what sounds like an object that was being observed producing the illumination.

If the details given in this report do represent a physical object or aircraft that had been producing the light, it raises a number of questions. What had the “aircraft” been, and could other Foo Fighter reports (which occurred mostly at night) have possessed similar attributes, particularly if the observers had managed to see the object in daylight, as the crew here had done?