Serial Killer Goblins May Be On the Loose in Zimbabwe

In modern fantasy fiction, graphic novels, movies, role-playing games and video games, you can’t throw a joystick without hitting a goblin. From Tolkien to Harry Potter to Dungeons & Dragons to Warhammer, goblins are everywhere. However, they generally occupy the entertainment section of mainstream media … unless you live in Zimbabwe where they often appear on the front page and the police blotter. That was the case recently in Nyanga, a town in Zimbabwe, where the headline of The Manica Post read: “Suspected goblins kill 10 family members.” You know it’s serious when there’s not even an exclamation point at the end of it!

“Torment” appears to be the word you get when you Google translate the Zimbabwean word for “serial killings” into English. According to The Manica Post, an unnamed Nyanga family has lost 10 members to mysterious deaths they eventually believed to be murders. The Manica Post doesn’t report what the local police think, or if they were even called in, which in this superstitious and religious country usually means the family suspected something supernatural. That’s apparently why they went to (and by “went to” they mean moved into the church of) prophet Madzibaba Nzira of the Zvakazarurwa Zvevapostori Church (whose computer keyboards have well-worn letter Z’s). They told The Manica Post that he’ll be getting a good rating from them on Yelp. 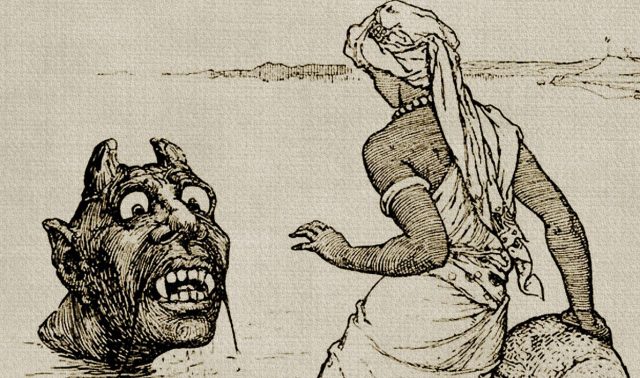 “We are happy that Madzibaba Nzira got to the bottom of the mystery and fished out the culprit. He was exposed him. What shocked us most is that inside one of the clay pots was a paper with a list of people that had died mysteriously and earmarked to die. We hope the cleansing rituals will eradicate our problem.”

Prophet Nzira says he found suspected witchcraft paraphernalia in the family’s house -- a "creepy-like goblin", a lance, a knobkerrie (a knobbed stick used as a weapon) tied with hyena tail and a clay pot filled with blood and containing a list.

“People who appeared on a list in the clay pot were bound to die in the near future. I prayed first, and summoned the goblins to expose themselves. The family will not be haunted again.”

So, Prophet Nzira blamed the ten deaths on goblins and guaranteed the family that he drove them out. Unfortunately, they may have just moved on to “torment” another family or village. In 2018, invisible goblins (good luck getting them to appear in court) were blamed for killing livestock and possibly two children in Ziqaweni Village. In 2017, hundreds of women in Bulawayo claimed to have been attacked (and some sexually assaulted) by invisible goblins. Before you attribute these to obscure folklore and religious superstitions, in November 2017, an American woman named Martha O’Donovan was arrested and imprisoned in Zimbabwe for tweeting that then-President Robert Mugabe is a “goblin whose wife and step-son bought a Rolls Royce.” She was eventually released, but this shows that fear and hatred of goblins in Zimbabwe is serious. 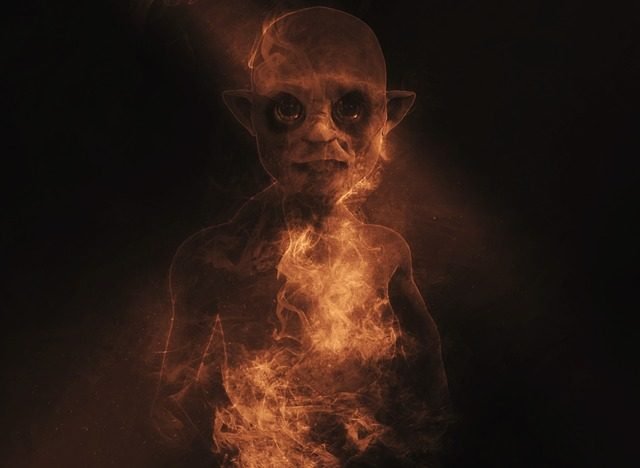 Need more proof? Here are some other goblin-related headlines from The Manica Post:

‘I married a goblin’s wife’

‘He owns goblins, he is a wizard’

Unfortunately, all religions have myths, superstitions, demons and evil. Zimbabwe’s power structure seems to use them to keep its citizens in line (they’re not alone), while unscrupulous charlatans (they’re everywhere too) take advantage of helpless people looking for answers from powers greater than humans can provide. One man’s Halloween costume model or graphic novel character is another man’s real and only conceivable nightmarish solution to his mysterious problems.

Getting rid of goblins will not solve Zimbabwe’s problems … nor yours or mine.