There are no shortages of ghost stories from schools all over the world, and the University of North Carolina at Greensboro (UNCG) is definitely one of those places that have a reputation for being haunted.

The most well-known haunted location on the UNCG campus is the Mary Foust Residence Hall. Mary was the daughter of the university’s second president and she died at the location in 1925 during childbirth. Many students have seen her apparition walking around the second floor of the hall. Additionally, strange noises and “unexpected crying” can be heard throughout the building, as well as unexplained footsteps above the third floor (in the attic) in the middle of the night. 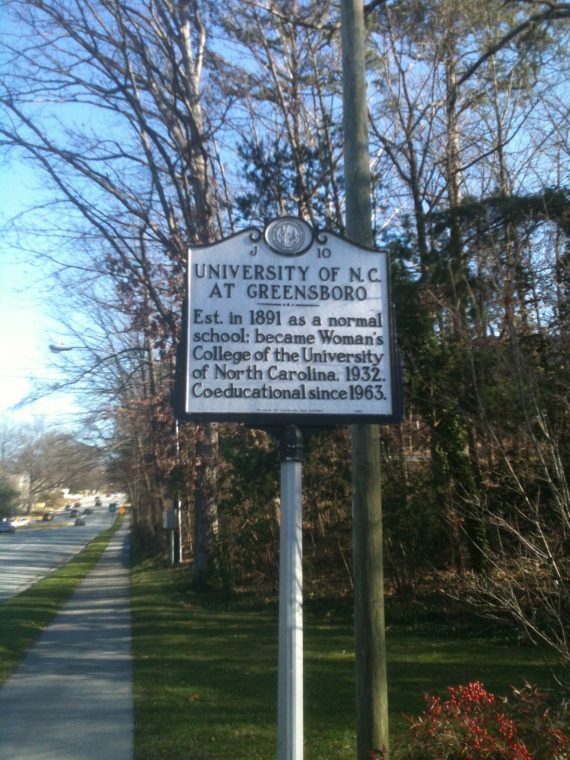 Aycock auditorium is also said to be haunted. There was once a mansion that stood at the exact location where the auditorium now sits and apparently an older woman committed suicide while living in the home. Although her home was demolished, her spirit still lingers on and has been said to have taunted several individuals over the years. Students decided to name the spirit Jane Aycock even though it’s still unclear whether she was the woman who committed suicide in the mansion or if she was the daughter of former governor, Charles Brantley Aycock.

And we can’t forget about Annabelle – don’t worry, it’s not the haunted doll. Annabelle is the name of the ghost who hangs out at Spencer Residence Hall and who was more than likely named after Edgar Allen Poe’s poem, “Annabelle Lee”. She has also been called the “Woman in Blue” and the “Blue Ghost”. Back in the 1970s, a worker at the hall reported seeing a “blue haze” close to the laundry room in addition to witnessing several items being thrown across the room with no logical explanation. Two staff members who were staying at the hall sometime in the 1980s said that they were woken up by Annabelle in the middle of the night. According to the legend, the “Woman in Blue” hung herself in the bell towers of the hall.

With that being said, UNCG certainly has a long history of ghost sightings and spooky legends that have been passed on through many generations of students and staff members.