Strange experiences with UFOs and their occupants have been reported from all over the world for decades, from myriad witnesses ranging across a variety of all age groups and all walks of life. Yet, the ones who really make us listen are those who are in positions of power or authority, ones whom we trust to be what we’d like to think of as “reliable witnesses” or those who are “in the know.” This is especially profound when we get people from the government itself talking about these things, and when an official of this nature talks about UFOs and aliens, people tend to take notice. One such person is a Canadian top-ranking politician from the upper echelons of government, who has become rather famous in recent years for his candid and very open willingness to talk about these matters, and who has some very bizarre stories to tell.

The official in question is one Paul Hellyer, a former gunner with the Royal Canadian Artillery during World War II, an aeronautical engineer, and who served as Canada’s Defense Minister from 1964 to 1967 under prime minister Lester B. Pearson, and who remained connected to politics in later years and is the longest serving current member of the country’s Privy Council. He is notable for being largely responsible and instrumental in unifying the Canadian Navy, Air Force and Army into one organization now known as the Canadian Forces, but in recent years he has become perhaps most famous for his amazing claims and activities involving purported aliens and UFOs, gaining a reputation as one of the highest ranking UFO witnesses and supporters of disclosure on record. His path down this bizarre path can perhaps be best traced back to 1967, when Hellyer inaugurated a landing pad that had been constructed in St. Paul, Alberta, specifically for use by any alien visitors that might arrive. It was mostly considered a symbolic gesture and tourist attraction at the time, but there was still quite a lot of fanfare over it, and it bears a sensational plaque that reads:

The area under the World's First UFO Landing Pad was designated international by the Town of St. Paul as a symbol of our faith that mankind will maintain the outer universe free from national wars and strife. That future travel in space will be safe for all intergalactic beings, all visitors from earth or otherwise are welcome to this territory and to the Town of St. Paul.

While this might just seem like a politician’s plug to help a town out with its gesture and publicity stunt, this would not be the end of Hellyer’s involvement with UFOs by a long shot, and in later years he would make waves with a series of increasingly bizarre statements concerning aliens, their technology, and their plans for us. It all really started rolling with a very public and well-covered statement in 2005 that he believed that UFOs were real alien craft, and that he had in fact seen one with his wife and friends. He has said of his own sighting:

I have seen a UFO, about a 120 miles north of Toronto. Two years ago, last Canadian Thanksgiving, my wife decided she wanted to go look at the stars, so I went with her, and she looked into the eastern sky and said, ‘There’s a star.’ And I turned around the other way and said, ‘Oh, there’s a much brighter one here!’ And she looked at it, and we watched it until our necks almost broke for 20 minutes. And it was definitely a UFO, because it could change position in the sky by 3 or 4 degrees in 3 or 4 seconds. I checked out and there were no satellites that could do that, the space station wasn’t going by and it isn’t able to move that fast anyway. There was no other explanation except it was the real thing. Two days later, I went down to the dock and got a comfortable chair, it came back in almost to the same spot and entertained me for as long as I could take it. It would drop down in the sky and then roar back up and then shift a few degrees and do a circle and come back at a speed, at just astronomical speeds.

To have such an official figure make these public statements was eye brow raising enough, but Hellyer would increasingly go off the rails into the odd, making ever more spectacular and bizarre claims over the following years. Hellyer went on to very publicly claim that not only were aliens real, but that they had been coming to visit Earth for millennia. He also claims that there are more than one type of entity visiting us, the number of which over the years has fluctuated between 4 and 12 different, separate species of alien beings, in more recent years stating that there could be as many as 80 (!), all with different aims and agendas, some in cahoots with the United States government, most of them benevolent, but at least two of which are not. One example of these alleged creatures is an entity Hellyer has often mentioned, which are called the “Tall Whites,” which are described as being up to 10 feet tall, looking like blonde humans of Scandinavian descent, with disproportionately large blue eyes, blonde hair, and life spans of 800 years. 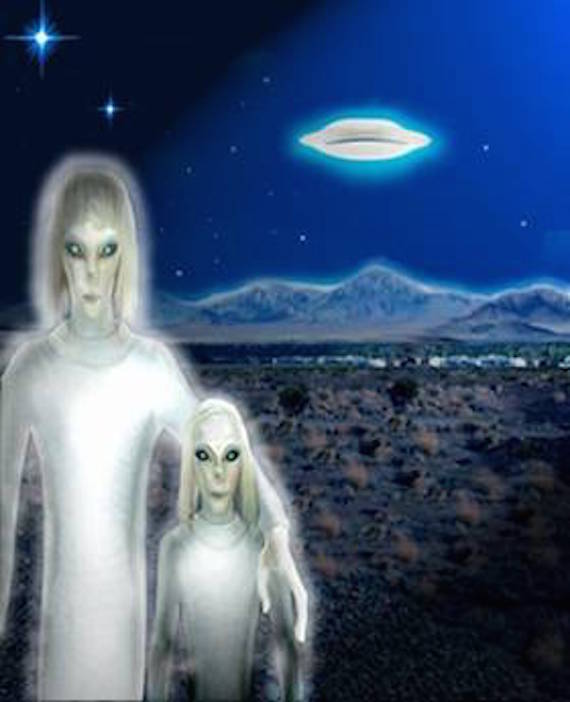 According to Hellyer, these different alien species have a sort of federation, and maintain a presence on Earth, and also at bases on Venus, Mars and Saturn’s moon in order to keep an eye on us, worried that our nuclear capabilities and destructive nature pose an imminent threat to the cosmos. He is also convinced that these aliens have advanced technology available that they have shared with world governments that would eliminate climate change, but that this is all covered up. A staunch supporter of full government disclosure of aliens and UFOs, Hellyer has made repeated appeals for the nations of the world to release the alien technology he is sure they are hiding, and he has said:

I would like to see what (alien) technology there might be that could eliminate the burning of fossil fuels within a generation...that could be a way to save our planet...We need to persuade governments to come clean on what they know. Some of us suspect they know quite a lot, and it might be enough to save our planet if applied quickly enough.

Why don’t the aliens just directly share this world changing green energy with us, you ask? If this is such groundbreaking technology and they are so worried about us, then why not just gift it to us now? Well, he says that this is because they wish for us to change our ways and stop wars and pollution on our own first. He has explained of their general attitude towards our race: 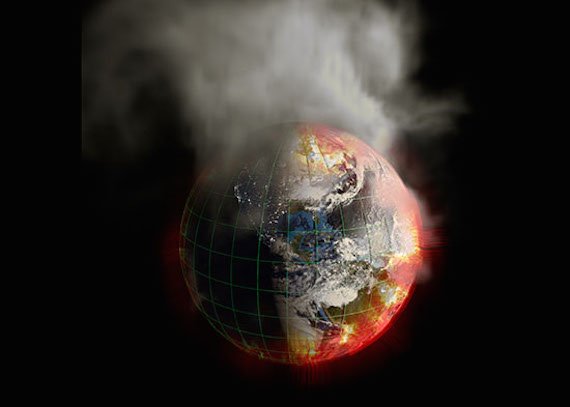 A bit ominously, Hellyer has also gone on record as accusing the U.S. government of being in possession of hidden recovered alien technology and metal alloys, and of using this technology for preparing weapons of war and also for the expressed purpose of fighting unfriendly alien species. He has in the past famously pointed such accusations directly at the administration of then-president George W. Bush, insisting that they not only were creating weapons and aircraft from alien tech, but that they were also prepared to shoot UFOs down and were even creating a moon base to act as a forward operating station in the event of an extraterrestrial attack. Wait, what? Let Hellyer explain:

They’ve been working on technology that they got from the aliens and not only that but the particle guns based on the work of Tesla and others. That is the primary purpose of the anti-ballistic missile shield, the weapons are ones that can be aimed in either direction to control the situation on earth but equally, if not more important, to shoot down UFOs. I do believe they have developed two or three kinds of weapons that are capable of disabling and bringing down UFOs.

The United States military are preparing weapons which could be used against the aliens, and they could get us into an intergalactic war without us ever having any warning. The Bush Administration has finally agreed to let the military build a forward base on the moon, which will put them in a better position to keep track of the goings and comings of the visitors from space, and to shoot at them, if they so decide.

Shooting down aliens? Intergalactic war? What the what? It is all rather colorful and bonkers to say the least, but people listen because of his position, and in recent years it has only ramped up in intensity, with Hellyer claiming that some species of aliens are cooperating with the Illuminati secret shadow government, and that these entities will not release technology to stop global warming because they are tight with petroleum companies. It is a weird claim, especially as it doesn’t make any sense, because it is the oil causing the global warming, so how would stopping climate change with alien tech hurt the oil industry? If they could produce oil without worrying about causing any damage, that seems it would be a good thing for them, but what do I know, I’m not the ex-defense minister with the inside dirt of UFOs. So, is Hellyer delusional? Has he gone off the deep end into some pure science fiction territory? With his high standing and connections why should he want to do this? Or is this all his true intentions at disclosure that just aren't making any headway due to those who won't believe? Whatever the case may be, it is all a wild tale, and it all comes from one of the very highest ranking officials to ever step forward on the matter.