Freddie Mercury knew what he was talking about when he penned those lyrics to “Killer Queen,” Queen’s first big hit. Although he was singing about a “courtesan,” a new study found that throughout history, queens were more violent in warfare than kings, and married queens attacked other countries, kingdoms and territories than married kings. Is this the real reason why no one messes with Elizabeth II?

Drop of a hat she's as willing as
Playful as a pussy cat
Then momentarily out of action
Temporarily out of gas
To absolutely drive you wild, wild
She's all out to get you

For their paper “Queens,” published in the journal SSRN, political scientists Oeindrila Dube of the University of Chicago and S. P. Harish, of McGill University studied 193 kings and queens in 18 countries (mostly European) between 1480 CE and 1913. That selection included a few famous warring queens: Russia’s Catherine the Great, Spain’s Isabella I and Britain’s Elizabeth I. They found that states ruled by queens were “all out to get you” – waging war 39% more often than states led by kings. Unfortunately, they also were often “temporarily out of gas” and lost their battles more frequently than male rulers. On the other hand, the research found that queens were more likely to gain territory, making the good ones both hunters AND gatherers. 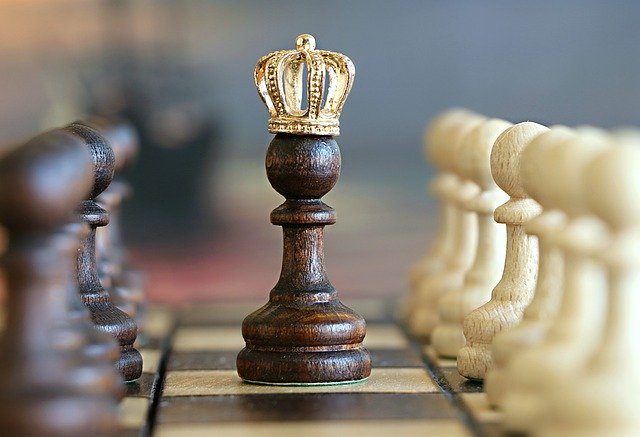 “Queens often put their spouses in charge of the military or fiscal reforms. This greater spousal division of labour may have enhanced the capacity of queenly reigns, enabling queens to pursue more aggressive war policies.”

The researchers theorized that married queens started wars more often that married kings because they could (and did) put their husbands in charge of the military and split the workload – married kings rarely sent their wives into battle or even consulted with them. They also speculated that single queens were attacked more often because they were seen as vulnerable without a husband. In either case, age was not found to be a factor – the queens were aggressive warmongers from youth to their senior years.

“There’s this general stereotype that men are responsible for wars and genocides, and that women, naturally, are peace-makers. Our research turns this stereotype on its head.”

Oeindrila Dube’s comment to The Times may have been true up until 1913, but does it still hold today? There are currently 13 queens of major countries and all are married, except for Queen Norodom Monineath Sihanouk, who was the queen consort of Cambodia until her husband died and is now the queen mother, and Queen Margrethe II of Denmark, whose husband passed earlier this year. Margrethe II and Elizabeth II of Britain are the only reigning queens – the rest are married to a reigning king. Denmark isn’t the kind of country that’s going to attack anyone. Elizabeth II reigned during the Falklands War and the Gulf War, but those were led by the prime minister at the time.

Is it a good thing that there are so few war-mongering queens anymore? That hasn’t seemed to end wars … not even close.

It’s too bad Freddie Mercury didn’t have time to write Killer King … or Killer Male Leader. At least the last two lines would be the same:

Or perhaps Mel Brooks should make "History of the World Part II" and update its iconic line (and now questionable) line: "It's good to be the king."