It seems that in the world of the paranormal and of UFOs there are certain years that for whatever reason seem to harbor waves of utterly strange accounts. I have covered this sort of phenomenon here with the year 1965 and its spate of very bizarre sightings, but all over the world there have been those years that just seem to be magnets for the odd. In 1968 there were various spikes of UFO activity all over the world, and one place where this was definitely felt was the nation of Canada. In this year there was a nearly unprecedented spike and intense increase in reports of strange things in the sky and what seems to have been their humanoid occupants. Here are some of the strangest of a very strange year.

Much of the year of weirdness was compiled by respected researcher Albert Rosales, and it really seems to have begun to emerge in full force in spring of 1968. In April of that year we have a report from UFO BC that originates from West Vancouver, British Columbia, where two witnesses were sitting in a car at Whytecliff Park waiting for a friend. They allegedly were snapped out of their lazy daydreaming by a bright white light that slowly moved towards the edge of the nearby wood, where it disappeared behind some trees. Immediately after this, the forest disgorged a “small glowing humanoid,” which moved about with very quick, precise movements, and was so bright that it was impossible to make out any clothing or facial features. The strange little being then looked at them and went back into the woods, after which the bright light they had originally seen lifted up into the air over the tree line and sped off. 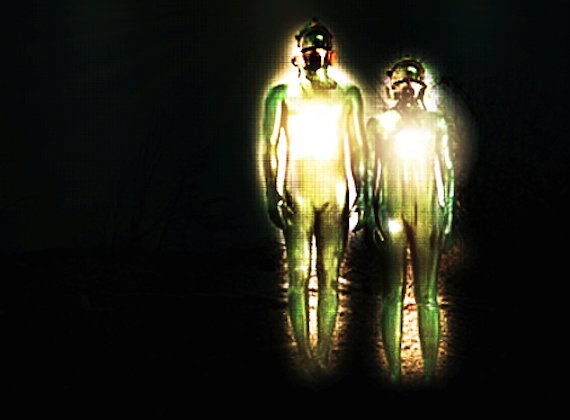 That same month, a report from the CASUFO files tells of a witness in Chicoutimi, Quebec by the name of Mrs. Tremblay. She claims that she had been walking on her way to a restaurant when she saw hovering in the sky a strange object with a beam shooting down to the ground beneath it. According to the witness, the beam of light then trained on her, and she squeezed her eyes closed in the sudden, blinding brightness, only to open them and find that the object was gone and nowhere to be seen. The dazed woman then decided to head home, where she says she saw a small humanoid being with dark blue eyes and dressed in an odd-looking seamless white overall loitering around her home. According to the witness, as soon as the tiny man realized he had been seen he vanished into thin air right before her eyes. Apparently other humanoids dressed in similar clothing would be seen in the area over the next few months.

In summer of that year we have quite a few otherworldly encounters. In Sarnia, Ontario, there was a 10-year-old girl who looked outside her house one June evening to see a glowing humanoid with a bald head and no facial features sitting at the bench near their garage. She would claim that when it stood up it was around 6 feet tall, and that when the frightened girl called for her father it disappeared. That same month, two witnesses referred to as Mrs. B. L. and Mrs. A. B. were walking along near a parking lot in Laval-des-Rapides, Quebec, when they saw some strange object eclipse the full moon in the sky. As they peered at this strange anomaly they could make out two smallish humanoid beings floating through the air towards them, and as they got closer it could be seen that they had black skin and were dressed in tight fitting one-piece outfits. The two odd creatures descended to just a few feet over the ground, upon which one of them allegedly produced “a pitchfork” and began poking the ground with it before the two women fled the scene in fear.

In July of 1968 the oddness continued, starting with an odd report from July 2, when a woman in Alexis de Montcalm, Quebec, saw a procession of 20 tiny green men with pointed noses and mushroom-shaped hats file by her home at night. That very same day, two constables in St. Thomas, Quebec, spotted two little weird humanoids with bulbous, over-sized heads that stood only 2 feet tall each. The beings apparently ran through a drainage ditch and the officers gave chase, only to vanish into thin air as the police closed in. Quebec seems to have actually been a hotspot of such encounters at the time, because on July 26 two boys riding their bicycles near the airport at Riviere Du Loup claimed they had seen two short, three-foot tall gray skinned humanoids run out from out behind a hangar to disappear into the brush. Just 2 days later, on July 28, five young witnesses in St. Stanislas De Kostka, Quebec, saw two UFOs with red halos land not far away, and when they went to investigate they say they encountered a humanoid that stood 4-feet tall and had a large head, no discernible neck, large round eyes, a flat nose, and brown skin that was “wrinkled, scabby, with bumps.” They claimed that when they shone their flashlight on it the weird creature reeled and backed away to a barn, but would later knock on the window of the house while making “a mooing sound like a cow” before disappearing into the night and flying off in one of the UFOs. 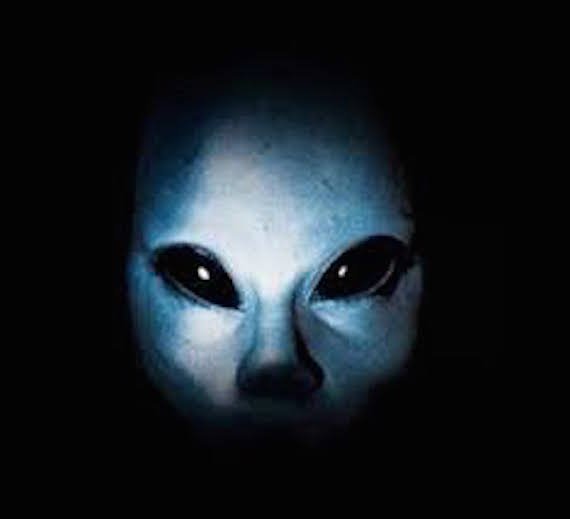 That same month found other similarly baffling reports from other areas of Canada as well, and in some instances the witnesses even claimed to have been abducted. One such account comes from a woman who says she was teleported from her Ontario home to the yard, where she saw a large glowing disc descend to produce three humanoid “aliens” that allegedly dragged her into their ship. She says that she was put on a floating bed and operated on, with them cutting open her brain in an attempt to put a “tracking device” in her head and then healing the wound with the wave of an inscrutable device. It is unclear what the creatures looked like as the report, first published in Michael D. Swords’ Grassroots UFOs, doesn’t provide a proper description.

That summer brought more weirdness on into August, with one quite bizarre report on UFO BC and coming from Vancouver, British Columbia. The witnesses are described as being a group of young boys who were out playing with BB guns at the Shaugnessy Golf course when they spied a metallic object about the size of a small car that looked like a “flying saucer” sitting there upon the grass. The curious kids approached it to and rapped on its surface, then one of them began to walk around it, and as he did he saw standing there a pale blue humanoid with a white jumpsuit and red sash tied around its waist. The strange report reads as follows:

The witness said, “My name is Kim” and put his right hand on his heart. The creature responded by holding his palms upward and made a sound, but he didn’t seem to “have a tongue”. At one point he put out his right arm and nodded for the witness to do the same thing with his left, and he was allowed to compare his hand with the alien’s and except for the pallor they were very similar. At this point he heard a voice in his head that spoke the words, “Would you like to pray”? And he bowed and put his arms pointing down with palms towards the witness. He was a bit embarrassed and to get a laugh from his friends who were literally “stunned” he made a gesture towards this BB gun in his right pocket. The alien seemed to sense this and the witness had to apologize for this and explained that it was only a bb-gun and was not real, the alien seemed to understand. The witness said a few more things and then waved at the alien and the alien waved back. The witness then rejoined his friends and they left the area.

Also in August we get back to Quebec and its high strangeness, where in Montreal three men named Guy Gagne, Jean-Guy Girouard, and Carol Marquis were on their way back home from a fair when they saw a 3-foot tall creature that looked similar to a monkey but with a disproportionately large head walking along with what appeared to be great difficulty. The otherworldly being made its way to a streetlamp and then purportedly suddenly nimbly leapt a full 30 feet to the other side of the street before disappearing. Later on that month, on August 28, a group of schoolchildren in Coleraine, also in Quebec, saw a strange being lurking about a cemetery over the course of 4 days. The strange looking creature was described as looking like a 4-foot tall man with a bald head, a bushy black beard, and rough, scaly skin like a lizard’s that was red in color. On the fourth day the bizarre being then apparently boarded a blue, white and red “flying saucer,” that shot up into the sky trailing a plume of thick smoke, which was seen by several adults who the children had called to investigate. 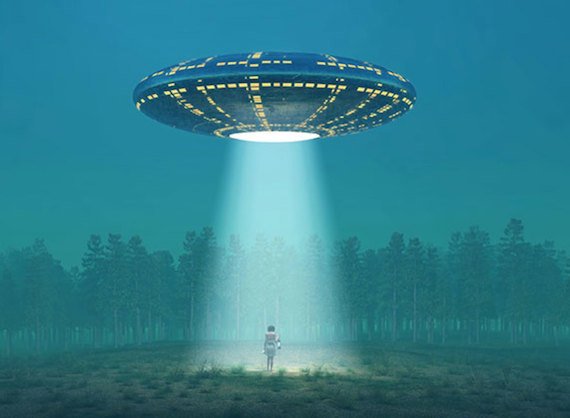 More Quebec humanoid madness would follow in September, where we have a string of such reports from the region. On September 14, three young girls in Drummondville saw a tiny, dwarf-like man in an overcoat and hat walking about with movements like those of a robot, who apparently had a look of terror on his face when he realized the kids had seen him. The curious little man then supposedly vanished into thin air. The next day, the same witnesses saw the same humanoid being step out of a circle of red light, this time wearing a dark blue jumpsuit, after which it did its strange robot walk behind a tree and disappeared, apparently leaving odd footprints behind. On September 21, two different girls saw what they called “a Martian” on the roof of their school in Coaticook , Quebec, which they said had “a green face with no nose, mouth or hair” and which emitted sparks when it moved. Later that week, on the 28th, a family in Asbestos, Quebec, saw a green rectangle in the sky that discharged a yellow orange disc from which several humanoid occupants were said to exit and float around before getting back into the craft and speeding off. A similar object was seen by several other witnesses in the area as well.

These are just a sampling of some of the dozens of reports of bizarre humanoid and UFO encounters that came pouring in during the year of 1968 all over Canada, and in particular Quebec. Researcher Albert Rosales has compiled these and many others like this in his research in a collection here from his article "HUMANOID ENCOUNTERS and other Experiences in Quebec an embarrassment of riches," if you want to go even deeper down the rabbit hole. Why should there be such a high concentration of sightings during this one year? Were any of these cases related to each other, and what were these entities? Were they aliens or interdimensional interlopers, and if so, what did they want and why in 1968? It is all rather baffling to say the least, and leaves one wondering just what was going on here in this weird year of utter strangeness.