The King of Reptiles: “The Mad Snake”

Over the last few months I have been working on a project that, in part, is focused on worldwide reports of giant snakes. There is very little doubt that the 19th century was the period in which sightings of such massive beasts in the United States were at their height  - in terms of media interest. In fact, it's all too similar to the situation that existed in that very same time-frame when close encounters with so-called "Wild Men" abounded and were eagerly reported. Of course, today, those Wild Men are perceived by cryptozoologists and monster hunters as having been Bigfoot creatures - albeit with a very different name. Maybe they were. It should be stressed that some of the reports of such giant snakes prowling around specifically in the United States were exaggerated. In other cases, they were nothing but outright hoaxes, created to entertain the readers and boost sales of the relevant newspapers. Trying to determine the category into which the following case should be placed is no easy task. In my view, it falls into that hazy and controversial realm where fact, fiction, Gonzo-like storytelling and exaggeration all dominate - and combine into one swirling tale, too.

"King of Reptiles: Julius Hamer Meets a Mad Snake of Gigantic Proportions" is the title of the admittedly eye-catching story that appeared in the pages of the Monroe, Wisconsin-based Evening Times on August 11, 1894. The story began: "Julius Hamer is a young man of Plymouth, Ill., who despises rats and mice and especially minks, as the latter have been killing his young chickens very rapidly. Accordingly Julius secured a trap and set it in his barn. He thought to catch the mink or other animal that had been robbing his coops, so baited the trap with a small mouse. Last night Julius was awakened by the snorts and stamping of his horse in the barn, where he had set a trap. He rushed out to be met by the horse, who had broken from his stall halter. The animal was whinnying and quaking with fear and he was made aware of a sickening odor rising from the atmosphere." 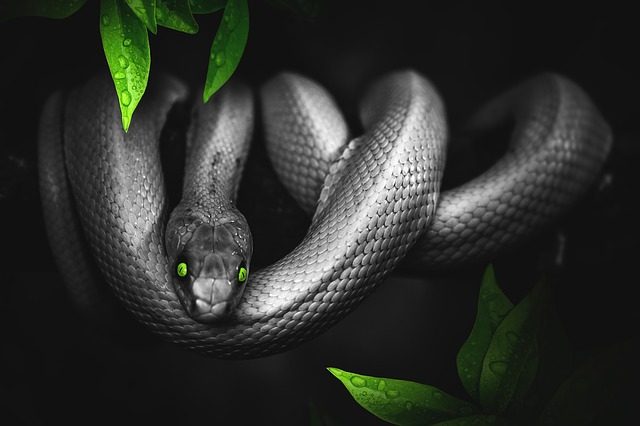 That's where things got controversial - as in extremely controversial. The unknown journalist with a flair for all things atmospheric and exciting continued on in fine fashion: "Rising into the barn his eyes met a sight, by moonlight [Note from Nick: of course, there would have to be an eerie moon in view...], which he hopes he will never see again. A monster snake, fifty feet in length, he declares, had been caught in the trap through the neck and the horrid reptile was thrashing around in the barn in a frightful manner." Well, that's quite a story. However...the idea that a fifty-foot-long snake was roaming around the U.S. a little more than 120 years ago stretches credibility to the absolute limit. Not even the mighty Titanoboa reached such a monstrous length!! We can state with a fair degree of certainty that Julius - caught in the heart of the action - exaggerated matters to a significant degree. Probably similar to those fishermen who talk of failing to catch "the one that got away" - the "one" being a fish of unlikely and gigantic proportions. 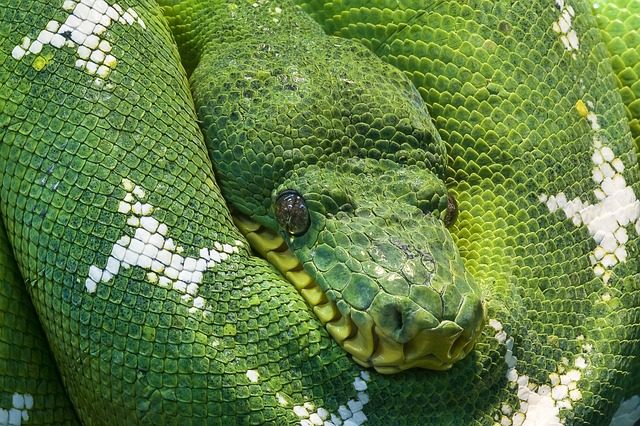 Back to the story: "The air was filled with hisses, while the peculiar fetid odor arising from a huge boa when angered permeated the air. The snake became so desperate that it lashed the stalls into kindling wood and broke out several boards in the side of the barn. Julius gave a terrible yell, which aroused some of the neighbors, but the snake had torn the trap loose from its moorings by this time and started for the creek, which is several miles distant. The men were too frightened to follow the animal far, but they saw the huge reptile cutting a wide swath through the corn as it hurried away." Interestingly, there was talk of the giant snake also being  the "Thompson's Lake sea serpent" that had then recently been seen near Lewistown, Illinois.

I share this story with you to demonstrate that yes, by all means, dig into the world of the past when it comes to tales of strange and huge beasts. But, be very careful when it comes to the matter of credibility. Or, on the other hand, a lack of credibility. The same goes for those 19th century tales of giant snakes and Wild Men. In the same way that much of today's right-wing media promote what are clearly "untruths" (as they are known today, when they should really be called what they actually are: lies), so did certain factions of the press back in the 1800s.

The Mysterious Night Demons of Tanzania