The Mysterious Night Demons of Tanzania

A very strange feature of the paranormal in Africa originates on the islands of the Zanzibar archipelago, a semi-autonomous region of Tanzania. Here there is said to prowl a shapeshifting, demonic entity locals call the Popobawa, a Swahili word which translates literally as "bat-wing." The creature is said to be able to take both human and animal forms, as well as more nightmarish and surreal forms, but one of its favorite manifestations seems to be that of a large, bat-like humanoid with pointy ears, a single eye in the center of its head, and formidable talons on its fingers, with its presence said to be heralded by an intense sulfurous odor. These are the creatures that stalk the night to feed off of the unsuspecting, and which have kept the people of rural Tanzania held in the grip of fear.

The Popobawa is said to be a decidedly malevolent entity that revels in tormenting human beings, in particular specifically targeting those who don’t believe in it. If one is lucky, it will merely manifest poltergeist-like phenomena, but it is just as likely to physically attack its victims with breathless violence, with one of its favorite tactics being to sit upon a person’s chest to slowly crush and suffocate them. Perhaps even more menacing still is that this form of demon is said to be in many ways like an incubus or succubus, feeding off sexual energy that it derives from raping its victims, usually sodomizing men but sometimes targeting women as well. In many tales, the demon supposedly encourages its victims to tell others of what they have experienced, fanning panic and possibly feeding it with the fear this generates. The demon typically is said to go about its dark deeds at night, coming to people as they sleep and are helpless. 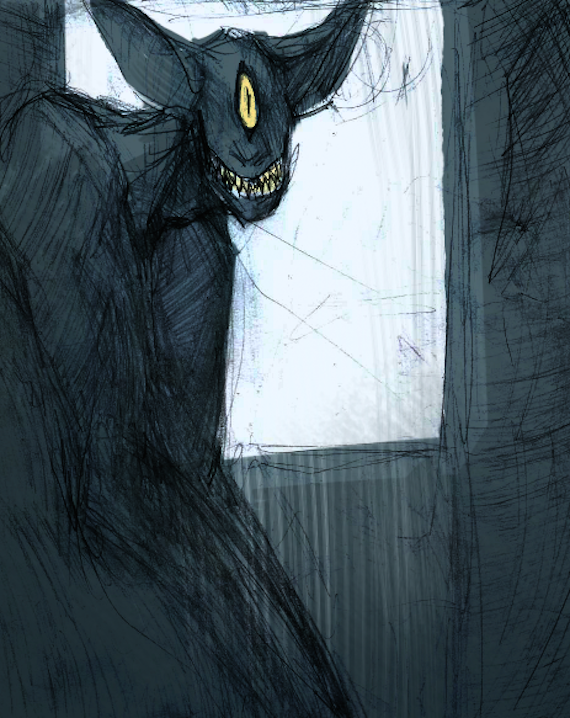 The precise origins of these entities it is unclear, but a popular idea is that they were Djinn conjured up by a sheik to wreak havoc on those who had wronged or offended him, after which he lost control and they became free to run amok. Other ideas are that these are ghosts of former slaves during the days of Zanzibar’s prominence as an Arabian slave trading port, or that they are witches, warlocks, or evil spirits. Whatever they are, it certainly all sounds like it must surely be spooky folklore, but in the region where these demons are said to prowl they are thought to be very real and there are numerous accounts of scared locals encountering them.

One of the first famous modern cases of an incident involving a Popobawa supposedly occurred in 1971, when a village girl was allegedly attacked and possessed by one of the entities. The girl was reported as speaking in a gruff, deep male voice, as well as exuding the smell of Sulphur and causing a sound like a car revving to emanate from the rooftops. The villagers insisted it was the doing of a Popobawa, and it apparently took a powerful shaman and a goat sacrifice to cast it out. At around the same time there was a spate of sightings of the creature lurking about and reports of attacks, causing a mass hysteria at the time during which people were afraid to leave their homes and armed men kept sentry outside of houses and patrolled the streets at night. Interestingly, this mass panic continued on until the assassination of the Zanzibar president in 1972, after which the demon encounters dropped off.

Sightings and attacks by the alleged demons tend to come in waves, and almost always bring mass hysteria with them. After the 1970s another such panic happened in 1995, when terrified villagers on the island of Unguja claimed that one of the creatures was terrorizing them, often appearing as a naked humanoid with a tail and carrying a jar of medicine. It was thought to be entering houses to attack locals, with hospitals admitting numerous people with broken bones or other injuries they attributed to the beast. The hysteria got so bad that a marauding mob of armed men claimed to have attacked and stabbed the demon, but that it had escaped to continue its rampage. Tragically, a mentally ill man was allegedly killed by a mob after fingers were pointed at him as being the culprit. One purported victim of the demon at this time was a local farmer named Mjaka Hamad, who explains of his encounter:

I could feel it.. something pressing on me. I couldn’t imagine what sort of thing was happening to me. You feel as if you are screaming with no voice. It was just like a dream but then I was thinking it was this Popobawa and he had come to do something terrible to me, something sexual. It is worse than what he does to women. I don’t believe in spirits so maybe that’s why it attacked me. Maybe it will attack anybody who doesn’t believe. 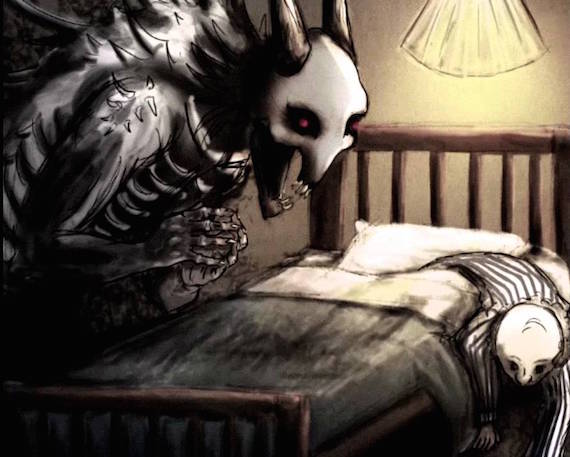 Oddly, like the 1970s mass panic, the 1995 incident coincided with political turmoil, being during a rather fiercely contested election in Zanzibar at the time. Contentious elections and resulting civil unrest in 2000 and 2001 were also ground zero for Popobawa sightings. However, this is not always the case, as a major panic also happened in 2007, when scared men in Dar es Salaam, on the mainland coast of Tanzania, began telling of being ruthlessly sodomized in their sleep by the entity, forcing them to sleep in groups and cover themselves in pig oil, which they believed warded it off. At the time there was no election in progress.

What are we dealing with here? Is this some sort of genuine supernatural phenomenon or something else? The fact that many of the waves of Popobawa encounters occur during elections has caused some to suggest that the myth might be used as a political tool and to sow unrest among the superstitious populace. There is also the idea that it is just a legend that has sort of gotten out of hand, and it could also be just a manifestation of sleep paralysis, also called Old Hag Syndrome, in which a person is caught between a waking and dreaming state and has hallucinations, quite often including shadow figures and the sense of something sitting upon the chest. Yet many of the locals in the areas where the Popobawa are found insist that these demons are very real, and not just myths and stories. Whatever they are, be it supernatural entities or merely the denizens of superstition and the imagination, the fear they generate even in these modern times is very real, and the terror of the Popobawa lives on.