The Strange Vanishing of Damian McKenzie

In the world of mysterious vanishings there are some that have gone to become stranger than others, hinting at stranger things operating out on the periphery. Many of these have been covered by ex-law enforcement officer and dedicated investigator of bizarre vanishings David Paulides. He has chronicled numerous cases of odd disappearances that have evaded proper answers, and some of these truly stand out as unsettling and odd. One of these concerns a young boy who was out with a group of people for a routine hike, who has managed to just step off into oblivion to remain an unsolved mystery and puzzling enigma.

One of the weirder cases covered by David Paulides in his popular Missing 411 series of books on strange disappearances revolves around a 10-year-old boy by the name of Damian McKenzie, who inexplicably vanished without a trace in Australia under bizarre circumstances back in 1974. In September of that year, McKenzie was on a youth camp in the mountains in the Australian State of Victoria, near Victoria Falls and the Acheron River in Taggerty, along with a group of 40 other youths. The camp itself was run by the “Young Australia League,” and was meant to be a simple 5-day excursion, during which the students would go hiking and engage in various nature activities, nothing too dangerous at all. The camp was well-supervised and there had never been any problem or incident in the past, but this was all about to change in a major way.

On September 4, 1974, the group embarked on an excursion to Steavenson Falls, at Marysville Victoria, which entailed making their way up a meandering trail up the mountain to the falls. It was a fairly demanding hike, but the group was carefully supervised and everyone was within visual range of the others. At one point, Damien is said to have moved up ahead of the others, briefly getting out of eyesight, but when the group came around the bend he was nowhere to be seen. A search of the area by the supervisors could not locate the boy, calls to him went unanswered, and it seemed as if he had just stepped off the face of the earth. When authorities were notified, one of the largest search operations in Australian history was launched to look for him, involving over 300 people from various agencies, including the police, the Search and Rescue Squad, the Federation of Victorian Walking Clubs Search and Rescue Section, the Forestry Commission of Victoria, the Red Cross, and numerous local volunteers, using aircraft and tracking dogs to scour the forbidding wilderness. The search lasted for nearly a week, before finally being called off due to poor weather conditions without ever having found a single trace of Damian McKenzie, his fate unknown. 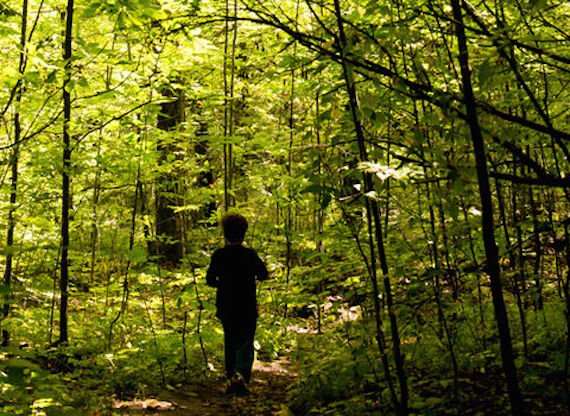 According to David Paulides, during the search there would be some strange oddities. For one he claims the tracker dogs were unable to pick up any scent trail for the boy whatsoever. It wasn’t that they picked up a trail and lost it, but rather the dogs could not get any scent reading for the boy at all, merely circling around confused as to what they were supposed to be looking for. Another strange clue claimed by Paulides is that the boy’s footprints were found to have led right up one side of the waterfall and then just stopped, as if he had just evaporated there on the spot. This is a very odd clue, but it is unclear how true it is, as one investigation specialist on the case named Valentine Smith has said of this:

With regards to the footprints, I have discovered some reports of a child's footprint being found a considerable distance from where Damian was last seen, however this information does not lead anywhere and there are conflicting reports of some children accompanying searchers at the time. I am also aware of David Paulides, and of the mention, in some articles, of Damian's tracks being clearly distinguishable from where he was last seen and then suddenly disappearing. Please note that witnesses and SAR professionals interviewed do not confirm the presence of any footprints where Damian was last seen.

Curiouser and curiouser. Whether the mysterious disappearing footprints are an embellishment or not, the fact is that neither Damian, nor any trace of him at all have never been found, and it has led to swirling theories on what could have happened to him. One is that he had simply gotten lost in the bush. The area where they had been hiking is described as being very rugged and filled with thick brush and undergrowth that is nearly impenetrable in some places. Even searchers in the rescue operation conceded that the boy could have very well been mere feet away from him and they might not have noticed him. If he had been knocked unconscious from a fall, succumbed to hypothermia in the cold conditions, or otherwise been incapacitated and unable to call, it seems plausible that the operation could have missed him. The thing is, he was out of sight for a very brief period of time, so how could he have gotten so far away from the group and why would he not have responded to his name being called immediately after he disappeared? 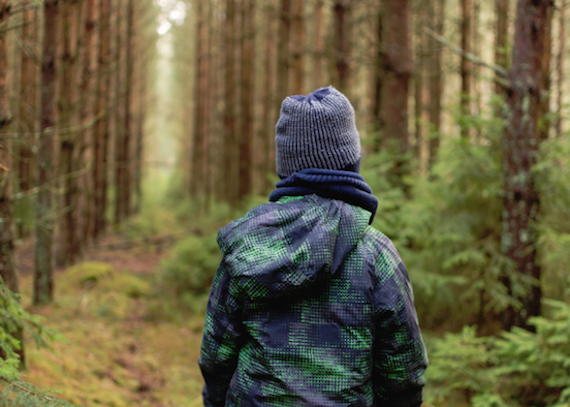 Another idea is that he might have taken a sudden fall down a steep slope to tumble into the nearby Steavenson River, after which he might have been swept away and drowned, but searchers extensively searched the reasonably shallow and slow running river and were fairly confident that he wasn’t there. However, could they have somehow missed him? There is also the possibility that he might have fallen down a mineshaft, as the area was once used for gold prospecting to some extent, and although all of the known mine shafts have long been filled in to prevent just that from happening perhaps there are others that went lost and forgotten. More sinister still is the idea that Damian could have been abducted, but witnesses say that there was absolutely no indication of anyone suspicious in the area, and the terrain would have made it difficult for an abductor to have snatched the boy and then effectively moved him, with the only easy way to do it being along that trail.

In the end we don't know what happened to poor Damien McKenzie. We are left to wonder how he could wander out of view for just a few moments and then suddenly drop off the face of the earth. We are left with the claims by Paulides that there were tracks that disappeared practically midstride and that tracker dogs were thoroughly baffled, yet it is unclear just how verifiable this is. Was this boy lost, abducted, killed by wildlife, or perhaps even the victim of mysterious forces we do not yet understand? Whatever the case may be, ultimately, the boy has never been found, and his case remains completely cold to this day.