A very common trope of science fiction and fantasy is that of time travel. There has always been an allure to the idea of traveling between two point in time, of making runs to the past or the future to right wrongs or just out of curiosity of ages long past or of eras yet to come. Yet, is any of it really possible at all? In recent times scientists have put much serious thought into the conundrum of time travel, and it seems that even now no one really knows, and that it is all highly speculative and a slave to the domain of scientific speculation. One prominent scientist who very much liked to think about such things was a world renowned scientist who not only entertained the idea, but also threw a party hoping to entertain visitors from the far future.

The question of whether time travel is possible or not was rather deeply pondered and speculated upon by the late, legendary physicist Stephen Hawking, who over the years changed his stance on the possibility of traveling through time. Officially he seemed to not think it was possible in the traditional sense of the word, publishing a paper in the journal Physical Review D in 1992 called Chronology Protection Conjecture, in which he argued that going back into time was not possible in our current understanding of the laws of physics. In his paper he would state:

It seems there is a chronology protection agency, which prevents the appearance of closed timelike curves and so makes the universe safe for historians.

However, Hawking was a self-professed dreamer, and simply could not resist the allure of contemplating time travel, and indeed he was rather obsessed with time in general. What he came up with as the only possible way that time travel would be even remotely possible was through the use of what is called the 4th dimension. What this means is that while every object that we perceive is in three detectable dimensions, height, width, and depth, physicists often talk of a 4th dimension, which is that of time. Theoretically, all one needs to do is to create a tunnel through this 4th dimension and voila, time travel. Yet it is not as simple as this barebones explanation I have provided here may make it seem.

These theoretical tunnels through the 4th dimension are called “wormholes,” which Einstein predicted linked two separate places in time, and which are thought to hypothetically already exist on an incredibly minuscule scale, at a size even smaller than molecules or even atoms, an impossibly small scale called the “quantum foam.” These wormholes form tiny wrinkles and cracks in time itself, constantly blinking in or out of existence, expanding and shrinking, caught in an eternal state of flux. Considering this very unstable nature and the fact that these theoretical wormholes are only around a billion-trillion-trillionths of a centimeter across, they would not be much good for practically travelling through in their current state, and this is where Hawking’s hypothetical time machine comes into play. 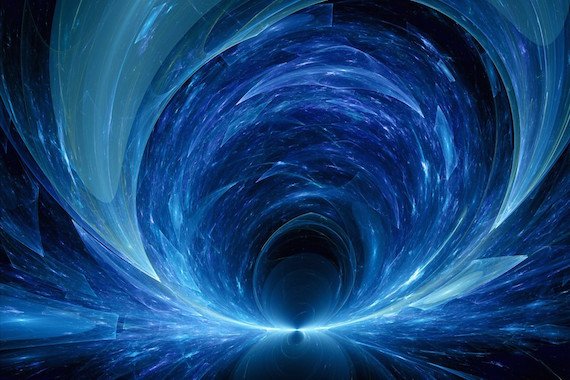 By creating some device that could enlarge these wormholes by several orders of magnitude, it is thought that perhaps they could be enlarged and somehow stabilized to the point that a person could theoretically pass through one point and come out in places far away across the cosmos or even in another time. It is a concept already well explored in science fiction, but could it be a reality? However, ultimately Hawking has deemed time travel to the past impossible due to the paradoxes it would cause, because it would violate a fundamental law of the universe in that effect always happens after the cause. He says of this in his article How to Build a Time Machine:

Through the wormhole, the scientist can see himself as he was one minute ago. But what if our scientist uses the wormhole to shoot his earlier self? He's now dead. So who fired the shot? It's a paradox. It just doesn't make sense. It's the sort of situation that gives cosmologists nightmares. This kind of time machine would violate a fundamental rule that governs the entire universe - that causes happen before effects, and never the other way around. I believe things can't make themselves impossible. If they could then there'd be nothing to stop the whole universe from descending into chaos. So I think something will always happen that prevents the paradox. Somehow there must be a reason why our scientist will never find himself in a situation where he could shoot himself. 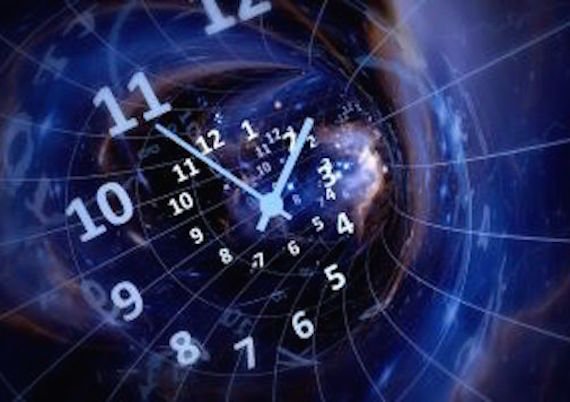 There is also the matter of the unsteady nature of the wormhole itself. Hawking explains that such a wormhole would create a sort of potent “feedback” that would prevent it from working. He compares this to a speaker at a rock concert, when the sound goes into a loop through the microphone and out of the speaker to create that screeching sound that everyone hates, getting louder on each loop until it potentially destroys the sound system. He says the same thing would basically happen with a wormhole, of which he says:

The same thing will happen with a wormhole, only with radiation instead of sound. As soon as the wormhole expands, natural radiation will enter it, and end up in a loop. The feedback will become so strong it destroys the wormhole. So although tiny wormholes do exist, and it may be possible to inflate one some day, it won't last long enough to be of use as a time machine. Any kind of time travel to the past through wormholes or any other method is probably impossible, otherwise paradoxes would occur. So sadly, it looks like time travel to the past is never going to happen. A disappointment for dinosaur hunters and a relief for historians.

Despite his assurance that time travel to the past is most likely impossible, ever the dreamer Hawking nevertheless created a rather eccentric and some might even say bonkers experiment. In 2009 he decided that he would throw an extravagant party for any time travelers out there, complete with expensive champagne, balloons, hors d'oeuvres, the works. Hawking actually went through with all this, sparing no expense to set everything up at Gonville & Caius College, Cambridge, but the catch was that he would not send out the invitations, which contained the time, day, and coordinates, until after the party, his rationale being that real time travelers would be able to receive the invitation and travel back to the party. Hawking would say of these invitations:

I've drawn up an invitation giving the exact coordinates in time and space. I am hoping copies of it, in one form or another, will be around for many thousands of years. Maybe one day someone living in the future will find the information on the invitation and use a wormhole time machine to come back to my party, proving that time travel will, one day, be possible.

On June 28, 2009, the champagne was set out, including an elaborate champagne pyramid, the food was put out, and Hawking got all dressed up in his finest evening attire. For as much as a publicity stunt that it seemed, he was actually going through with it. Hawking sat there at his lavish party under a giant banner reading “Time Travelers Welcome,” waiting for his guests to arrive, then waited some more, and then continued to wait. Not a single person came through those doors, putting all of that food and champagne to waste. He would later say:

I have experimental evidence that time travel is not possible. I gave a party for time-travelers, but I didn’t send out the invitations until after the party. I sat there a long time, but no one came. What a shame. I was hoping at least a future Miss Universe was going to step through the door.

Now of course Hawking was probably only half-serious about this “experiment,” and it is mostly seen as purely a publicity stunt, but that hasn’t stopped people from discussing why no time travelers arrived. Besides the obvious reason, being that time travel will never exist, there have been an array of other possible reasons as well. For instance, the invitations may not have survived long enough into the future for time travelers to have seen them or the invitations were simply just never found. Time travelers might not have known about the party in the first place. There is also the possibility that the time travelers simply did not want to go to the party, and it also makes sense in that they likely wouldn’t want their existence known so why announce it by showing up to a party thrown expressly for the purpose of proving they are real?

Whatever the reasons, interestingly when Hawking passed away on March 14, 2018, his family actually went ahead and made an open invitation for time travelers to come to the funeral. On the webpage for The Stephen Hawking Foundation there was held a raffle for tickets to the event, and curiously there is a section for applicants born between 2019 and 2038, meaning that people from the future could apply. So, will time travel ever be possible, and if it will be, then where is everyone? Is this purely the realm of science fiction or is there anything to it all? Whether time travel exists or ever will, there are ideas, and at least I hope that Mr. Hawking got some good champagne and food out of the deal.