As I have written two articles in the last couple of days on the connections between UFOs and computer-systems (and, primarily, on the subject of computer-hacking), I thought I would go ahead and turn it all into a 3-part article. Collectively, it serves to demonstrate the strange nature of this very controversial aspect of the UFO subject. My first article of this "trio" was on the controversial matter of Gary McKinnon and his most unwise hacking of NASA in the early 2000s. The second feature was on the equally weird affair of alleged alien autopsies, NBC, Wright-Patterson Air Force Base, and, of course, hacking. As for this third and final article on this topic, it will focus on other aspects of the UFO-computer subject, but not ignoring the hacking issue. We will begin with an account from the late UFO researcher Leonard Stringfield, who died in 1994. His research primarily revolved around the "crashed UFO" angle. We're talking about the Roswell controversy of 1947 and similar alleged incidents. In the summer of 1978 Stringfield was able to speak with a U.S. Army source that Stringfield referred to only as "J.K.," Stringfield's informant revealed a great deal about crashed UFOs, dead aliens, and autopsies of extraterrestrials. And, there was more, too.

Among the many revelations was this one from J.K.: "Since 1948, secret information concerning UFO activity involving the U.S. military has been contained in a computer center at Wright-Patterson AFB. At this base, a master computer file is maintained with duplicate support backup files secreted at other military installations. Get the complete 'dump file,' both the master and the support backup files and you've got all the hidden UFO data." Interesting, but the fact that the data came from an anonymous source didn't help much at all when the story was published by Stringfield in January 1980 - in the pages of his 38-pages-long booklet, The UFO Crash/Retrieval Syndrome. Moving on... 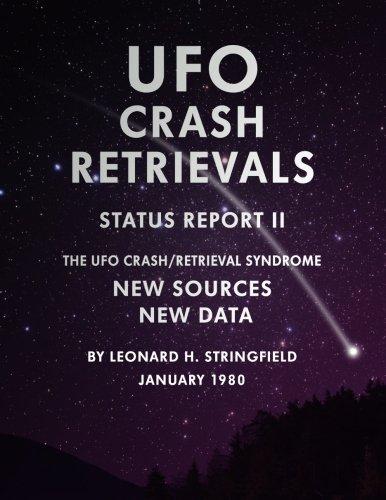 In my November 2018 book Top Secret Alien Abduction Files I revealed the many and varied ways and means by which Whitley Strieber (of Communion fame) had clearly been placed under surveillance by one or more agencies of the U.S. government and the intelligence community. In terms of the computer-based angle to all of this, it begins as follows: it was in late 1993 that Strieber found himself the recipient of an email that contained data revealing the alleged coded locations of Top Secret UFO-themed material on U.S. Department of Defense (DoD) computer systems. Strieber explained what happened next: "Spooks started prowling around my neighborhood upstate. A business associate was accosted on an airplane by a group of young men who flashed badges, claimed to be with the National Security Agency, and questioned him about our activities for a couple of hours. They alleged that they were responsible for investigating intrusions into the Defense Department's secure computer systems." Now, onto yet another case of computers.

Back in 1991, Kevin Randle's and Don Schmitt's book, UFO Crash at Roswell, was published. In the book, the pair told an interesting but brief story of a man  "who said he worked at NORAD in Colorado Springs." Schmitt and Randle added: "In the course of computerizing some of the files, he came across one labeled: USAAF (United States Army Air Force) Early Automation. The file dealt with the recovery of several small bodies and included black and white photographs of them. The man said the bodies were small, no more than four or five feet tall, with big heads.” 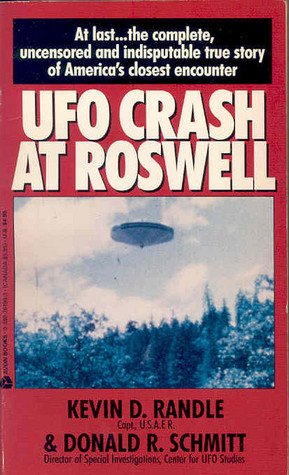 Perhaps the strangest, relevant story of all - one of a definitively surreal nature - was one that I addressed some time ago (July 15, 2015), here at Mysterious Universe. You can find the story at this link and which is focused on a man named Matthew Williams. He is a UFO researcher and Crop Circle-maker whose computer was confiscated by the U.K. government's National Cyber Crime Unit for controversial reasons. It's a very weird story - one that is absolutely filled to the brim with tales of strange formations found in corn-fields, of a well-known computer-hacker, and of much, much more. What all of this demonstrates - along with the material that is included in the two, previous articles on UFOs and hacking - is that the matter of government computer systems, UFOs, the military, government agencies, and hackers (and their hacking) goes far deeper than most people realize.