My previous article - on Gary McKinnon and his disastrous attempts, in the early 2000s, to try and find the U.S. government's UFO secrets by hacking NASA - demonstrated one thing, more than any other. Namely, that such activity provokes massive media coverage. It was big news in both the United States and the U.K. There was similar such media coverage (chiefly in the U.K., though) when a Welshman named Matthew Bevan did something near-identical in the 1990s. Just like McKinnon, Bevan ended up in big trouble. In 1997, Bevan found himself arrested and in court. Luckily for Bevan - and just as was the case with Gary McKinnon, too - he walked free when the court-case collapsed. Although these two examples of "Hacking for UFOs" are without doubt the most well-known ones, they certainly are not the only ones. In many respects, the example I'm going to share with you today is even more intriguing than that of Bevan and McKinnon combined.

The story goes back to 1992 - and to the popular TV show Dateline NBC. Specifically, it goes back to October 27 of that year. That was when NBC ran a segment of its show with the eye-catching title of "Are Your Secrets Safe?" It was a good, solid piece that demonstrated the very real, growing threat that computer-hacking posed. To get its point across, the show's producers secured interviews with a number of hackers. It's no surprise at all that their identities were not revealed to NBC's viewers. After all, they were breaking the law.  Although "Are Your Secrets Safe?" was not intended to fly the flag of Ufology, in a very strange and highly controversial fashion, it did exactly that. Of the various hackers that NBC spoke with, one of them revealed that he had illegally accessed certain computerized files held at Wright-Patterson Air Force Base, Dayton, Ohio. Where those files might be now is just about anyone's guess. As a reader of Mysterious Universe, you will know all too well that Wright-Patterson AFB has a long and deep connection to the UFO phenomenon. 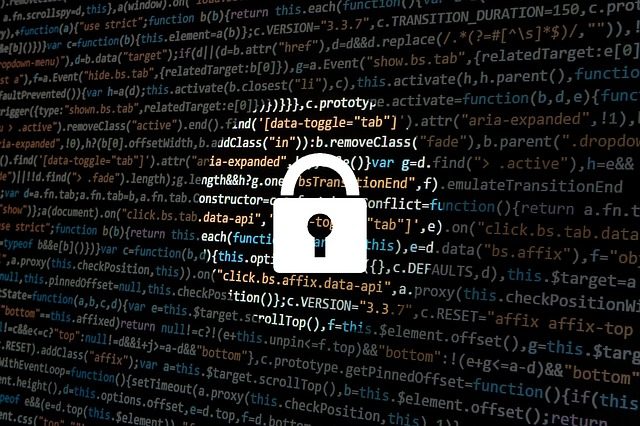 During the show, and to provide the viewers with intriguing visuals, a highly notable image appeared on the screen. The section that was discernible read as follows: "WRIGHT-PATTERSON AFB/Cataloged UFO parts list, an underground facility of Foreign..." It's possible that the words which came after "Foreign" were "Technology Division." The reason being that the USAF's Foreign Technology Division (FTD) had its home at Wright-Patterson for many years. In 1992, however, the FTD was renamed and revamped as the Foreign Aerospace Science and Technology Center (FASTC). Given the time-frame in which NBC ran the show (twenty-seven years ago), and the age of the documentation that the hacker had obtained, the missing words almost certainly referenced either the FTD or the FASTC. The now-defunct newsstand magazine, UFO, said in its Volume 9, No. 3 issue that data concerning alien autopsies at Wright-Pat was in the hands of the same hacker that NBC had on the show.

The producer of the "Are Your Secrets Safe?" portion of the October 27, 1992 Dateline episode was Susan Adams. In the wake of the broadcast, she said that NBC was surprised by the large response from viewers. Adams expanded more: it was revealed that the hacker's name could not be revealed, primarily because he had - technically speaking - committed a felony. Adams did say this, however: "The hacker is aware of the interest his apparent UFO data has provoked, but does not wish to respond." Adams also said that the production had been carefully addressed "with a fine-tooth comb" by NBC's attorneys.

This was a big - and amazing - story that was told on a hugely popular show on NBC. Yet, aside from the initial flood of interest, it was soon forgotten. Unlike the cases involving Matthew Bevan and Gary McKinnon, there was no attempt by U.S. authorities to hunt the hacker down and have him/them arrested. In fact, the whole thing faded away. Of course, to a significant degree this is understandable: 1992 was before The X-Files had been broadcast. No one had even heard of Mulder and Scully. And TV shows like UFO Hunters and Ancient Aliens wouldn't surface for years and years. In other words, the interest that much of the public and even the mainstream media has in "the unexplained" today, didn't exist back then.

Who was that hacker? How had he got his hands on what were seemingly highly-classified files on UFOs held at Wright-Patterson Air Force Base? What did those files state? Why did the authorities not follow-up on all this, as they did with Bevan and McKinnon? Close to three decades after this strange-but-largely-forgotten story surfaced, it's likely we'll never know.