When the Slenderman Comes to “Life”

Early on the morning of Saturday, March 17, 2018 I headed down to Glen Rose, Texas, where I was due to speak at the 7th Annual Texas Metaphysical and Paranormal Unity Fest. A fun gig. As well as being an event which is guaranteed to entertain and inform, it’s also a good opportunity to hang out with old friends in the fields of monster-hunting and Ufology. I had been invited to speak on the subject of my then-newly-published book, The Slenderman Mysteries, which was getting a huge amount of publicity. Just a couple of weeks earlier, I happened to make mention of the event to a good friend of mine, Kimberly Rackley. She’s a gifted psychic who had her own Slenderman-type experiences of the menacing and harrowing kind and which were detailed in the pages of my book on the subject. Kim asked me if she could come along. Of course, I said “Sure!”

Kim had a very good reason for wanting to come along: if you have read my book, The Black Diary, you’ll know that Kim has had far more than a few run-ins of the sinister type with Men in Black who look eerily like the Slenderman. Kim told me they usually manifested in the dead of night and while she was in a distinctly altered state. Indeed, I have a number of cases on file in which the MIB seem to have the ability to penetrate our dream-states and manipulate them into downright nightmares. Kim told me of those terrible creatures: “They are always in black and they are very tall – probably six-five. There’s no structure to the face; no cheekbones; none. I could see where the face should be, but it would look melted, like putty. That’s what their faces always remind me of: Silly Putty; white Silly Putty. There are no eyes. And, you could see where there would be an outline of a nose and a mouth, but there’s nothing actually there. If you put a stocking over your face – like a bank-robber – it would look exactly like that. That’s just how they look.”

It must be said that Kim’s description of her Men in Black was practically identical to what people refer to the Slenderman – except for one thing: Kim had been seeing the skinny-type of MIB for years, and long before the term “Slenderman” was ever used. It’s no wonder me and Kim gravitated to each other when it came to trying to figure out who, or, what her Slendermen really were and what their agenda was. It’s still a mystery. Kim's husband, Marty, said he would like to come too, and he offered to drive us the approximately 100-mile-round-trip from my apartment and back, which was very cool of him. It was around 7:00 a.m. Saturday morning when we hit the road. We arrived roughly an hour later. I soon had my book-table set-up and, shortly afterwards, curious locals and dedicated fans of all things weird soon started to wander in. Psychics brushed shoulders with Bigfoot-seekers. Ghost-hunters chatted with demonologists. I wondered if cold beer would be on-sale during lunch. It was!

My lecture was just after lunch; a good-sized number of people turned out to hear me talk about the Internet’s creepiest, most dangerous, supernatural entity of the 21st century: the Slenderman. I explained to the audience how what began as a bit of fun on the Internet rapidly became a living nightmare. The Slenderman had gone from being the fictional creation of a man named Eric Knudsen to what is known as a thought-form. I explained to the audience the theory behind thought-forms: when enough people believe in something – even a fictional entity from the Internet – the collective-hive-like-mind of hundreds of thousands of people can bring to life a real-world version of something that never really lived. In this particular case, the Slenderman. A story of a modern-day boogeyman now had legs. It so happens, spidery and long legs – hence the name, the Slenderman.

Later, I was sitting at my table, chatting with Kim, when a woman came up to me and asked if she could have a few minutes of my time. “Of course,” I said. I’m always pleased to hang out and chat with people at conferences – I never really understand those self-absorbed, ego-driven pricks who don’t have time for their audiences and the people who buy their books. So, I sat back and listened to what the woman had to say. She was probably in her late thirties and was at the gig with her young daughter. I was amazed when the mother told me how her daughter, some months earlier, had seen the Slenderman. I asked where, exactly, the incident occurred and got a strange and unforeseen response. The woman’s daughter had seen the seven-to-nine-foot-tall, black-suited monster hovering over the roof of a house in a certain town in Oklahoma. Its face was pointed in the direction of the terrified girl, its octopus-style tentacles waving in menacing fashion. Then, suddenly, it was gone, dematerialized. Kim and I looked on astounded. But, things were not over yet. 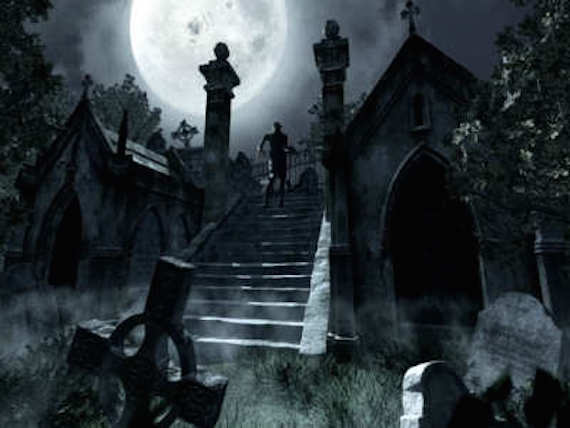 Shortly afterwards, another woman came up our table and said that she had encountered not just one Slenderman, but several of them – walking through an old cemetery in the city of Dallas. The encounter had occurred back in the 1980s, but the memories were far from being gone. The Slendermen, me and Kim were told, were incredibly tall, emaciated, and dressed in black suits. Not surprisingly, when the terrible group slowly turned their attention to the woman, she fled the cemetery, never to return. Not even now, more than three decades later. I asked her if she could go into more detail, but she felt that she had already said enough. Such is the situation at so many gigs. People will very often share their experiences. But, the level of fear that surfaces from just recalling trauma-filled events sometimes causes some people to hold back to a degree. Taking into consideration the cases above, I can hardly blame them.

Of X, Y, and Z: The Search for the Lost Works of Charles Fort