Who Were the Officials That Confiscated UFO Tapes During the USS Nimitz Incident?

The USS Nimitz UFO incident, a 2004 sighting by a number of pilots and other crew members participating in exercises aboard the Nimitz Carrier Strike Group, continues to be one of the most widely-discussed incidents involving an unidentified aircraft in modern times.

The events have garnered attention due in part to the fact that in addition to radar and visual information about an object (or objects) that had been observed by the crewmembers at that time, an attempted engagement by pilot David Fravor, the commander of Strike Fighter Squadron 41, along with his weapon systems officer, resulted in a close-range visual account of the object, famously described as a bus-sized, white-colored "tic-tac" capable of maneuverability far exceeding any known technologies possessed today by the United States, or any other world superpower. One of the objects was subsequently filmed by another group of pilots, with the aid of Raytheon ATFLIR Pod systems fitted on the Navy aircraft attempting to engage the objects, which were operating in military airspace. 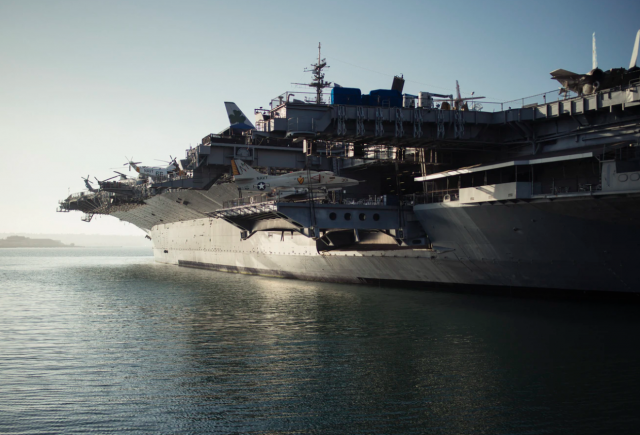 Since 2017, information about the incident has continued to trickle out, thanks in part to reporting by The New York Times and coverage of the event featured on History's Unidentified: Inside America's UFO Investigation (although the story appeared online as early as 2015, as recounted here). With the attention the incident has received, other periodicals and news sources have gradually begun to warm up to the UFO subject; notable publications include the Washington Post, Politico, Fox News, and VICE, all of whom have featured increased coverage of UFO-related stories and media.

Popular Mechanics has also featured coverage of the topic, with its latest piece by Tim McMillan focusing on several of the "other" witnesses to the Nimitz affair, who have received less coverage in the media. "What, exactly, did the Navy encounter 15 years ago off the Southern California coast," the article asks, "when fighter pilots spotted a UFO? These men were there, too⁠—and it's time they tell their side of the story."

McMillan (with whom this author has become well acquainted since early 2019) served for 15-years in law enforcement with the Garden City Police Department. After working for a time as an investigator with a Civil Rights firm, he is now a full-time freelance investigative journalist, covering areas of technology, the military and intelligence community.

I managed to catch up with McMillan (who is presently living in Germany) about his recent piece for Popular Mechanics. He summarized that, based on his dialogue with those who had been present at the time of the incident, he feels reasonably certain that a situation involving the acquisition of recorded data related to a UFO by an unnamed group did occur, as observed by several individuals McMillan interviewed for his Popular Mechanics piece.

"I feel as certain as one can be, without having been there, based on everything I examined with the witnesses, that at least two individuals—somebody—showed up and seized all of the data from these ships. Which seemed to be primarily focused on the Aegis Radar System, the AN/SPY-1, and what’s called the CEC, or Cooperative Engagement Center.

"What that does is it projects everything to all the other ships, McMillan clarified. "The USS Princeton was the missile cruiser, so this is the one that’s got most of the fancy tech. But because of the CEC, it’s able to share it amongst the entire carrier group."

On an odd note, McMillan says that he doesn't think the individuals, agency, or group which acquired the data seemed very concerned with descriptions the pilots gave of the incident.

"It would seem that from the data [these individuals] would have enough to see what the pilots saw. But they really didn’t seem to care what the pilot’s opinions were. Why? I don’t know. Was it just that the electronics information seemed more interesting? Was it they didn’t want to make it seem like a more significant event than it was by interviewing people? I don’t know. That’s an interesting piece to it, after realizing how these systems work and how everything would have gone on on the ship.

"What it means? I don’t know. It doesn’t have to be… obviously the ‘Men in Black’ is the first thing that comes to mind." 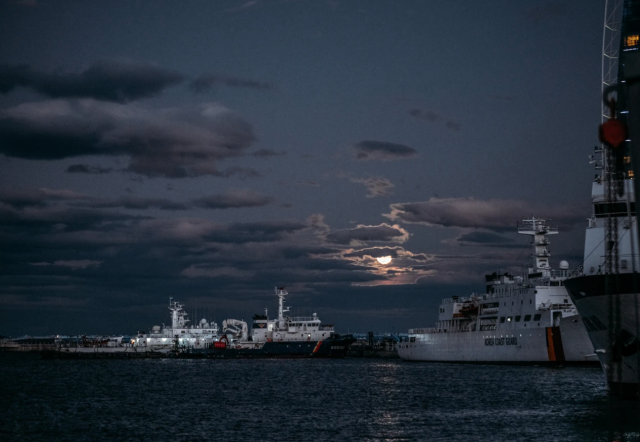 For a number of decades, UFO literature has made mention of alleged encounters with "Men in Black," individuals who most often appear shortly after an unidentified flying object has been observed, asking to interview the witnesses. In some instances, these individuals may identify themselves as belonging to some government agency, and may even advise the witnesses that they should not discuss what they have seen, or "forget it" all together. Such visits have taken on a near-mythical status in popular retellings of UFO incidents from over the years, and many of the stories are doubtful.

However, McMillan stops short of endorsing the idea that "Men in Black" retrieved the data from the ship.

"Somebody showed up and took everything that would be related to that [incident]," McMillan says.

"Again, it is my fundamental opinion, based on all of the data that I have… some individuals showed up, and they have access and authority to take highly classified and top-secret systems—without question—all these guys were told, ‘turn over your stuff,’ and it went to these people, and they left.

"Since the Navy has said this is unidentified aerial phenomena (or UFOs), none of this data is known to exist today, or has not been released, and these individuals came on, seized all the data [and] collected it.