A Bizarre UFO Attack in the Korean War

Throughout the history of war there have been many strange cases of the bizarre that have managed to slip through the cracks of time and be lost among the countless tales of valor and fighting. These are the accounts that have sort of been brushed aside and forgotten, yet remain lodged there in the records for anyone who cares to dig for them. There are plenty of these reports that involve UFOs, and among these are the striking accounts that involve these mysterious craft actually becoming active combat participants and engaging the men on the ground. It is a topic I have covered in relation to the Vietnam War, and it is all puzzling, indeed. Here we will go back to the Korean War, to a case that has largely remained confined to the shadows of history, and which involved a whole regiment of men who seem to have come under attack by forces from beyond this world.

A very bizarre account from the Korean War emerged in January of 1987, when John Timmerman, of the J. Allen Hynek Center for UFO Studies (CUFOS), sat down for an interview with a former U.S. Army private first class (PFC) by the name of Mr. Francis P. Wall, who had a most unusual tale to tell. Wall had been deployed with the Army infantry, 25th Division, 27th Regiment, 2nd Battalion, 'Easy' Company, and in May of 1951 they were operating outside of Chorwon, in an area known by the military as the Iron Triangle, on a mission to reach a small village in the mountains. The village in question was in an area marked to be bombarded with artillery fire, wiped off the face of the earth, and Wall and his men were there to make sure that any innocent civilians were properly warned of the impending rain of fire. Indeed, the air was already reverberating with the thumps and booms of shells hitting, the dark of night occasionally lit up with flashes in the distance. Wall and company had made their way to a steep slope overlooking the village and the fiery flowers of artillery airbursts painting the scene with fire, and that was when they saw something they could not explain up there in the air in the middle of this war ravaged scene. Wall would say of this:

We suddenly noticed on our right-hand side what appeared to be a jack-o-lantern come wafting down across the mountain. And at first no one thought anything about it. So we noticed that this thing continued on down to the village to where, indeed, the artillery air bursts were exploding. It had an orange glow in the beginning. We further noticed that this object was [so] quick that it could get into the center of an airburst of artillery and yet remain unharmed. But then this object approached us. And it turned a blue-green brilliant light. It's hard to distinguish the size of it; there's no way to compare it. The light was pulsating. This object approached us. 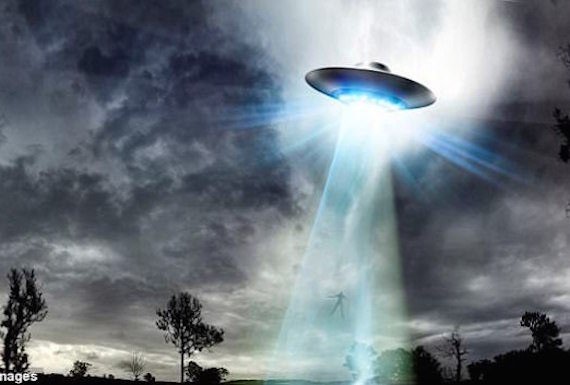 The men were understandably very unsettled by this point, as the object was obviously not one of theirs, nor any known aircraft any of them had ever seen before, and they radioed the situation in to their superiors, requesting permission to open fire on it. Why they would think that their rifles would do any good when they had just witnessed it casually make its way through artillery explosions is anyone’s guess, but the permission was granted and Wall claims that he would then open fire on it with his M-1 rifle loaded with armor piercing bullets. He claims that he hit the object several times, hearing the pings of the bullets against what sounded like metal, and the bullets seemed to have an effect on it where the artillery had not, apparently damaging it and causing it to exhibit some strange behavior. Wall would say:

Now why would that bullet damage this craft if the artillery rounds didn't? I don't know, unless they had dropped their protective field around them, or whatever. But the object went wild, and the light was going on and off. It went off completely once, briefly. And it was moving erratically from side to side as though it might crash to the ground. Then, a sound -- we had heard no sound previous to this -- the sound of, like, diesel locomotives revving up. That's the way this thing sounded.

This was where things would get pretty harrowing, as according to Wall the craft unleashed some sort of a retaliatory attack on them. The craft allegedly emitted a kind of ray or beam that came in pulses, and which they could see aiming at them “like a searchlight.” When the ray swept over them the men found themselves overcome with a tingling, burning sensation, and while it didn’t seem to be causing any visible damage they could feel it penetrating through their skin and the pain was enough to make them scramble for cover, scurrying in a panic into their bunkers, where the attack seemed to continue. Wall describes the terrifying and otherworldly scene thusly:

So the company commander, Lt. Evans, hauled us into our bunkers. We didn't know what was going to happen. We were scared. These are underground dugouts where you have peep holes to look out to fire at the enemy. So, I'm in my bunker with another man. We're peeping out at this thing. It hovered over us for a while, lit up the whole area with its light, and then I saw it shoot off at a 45-degree angle, that quick, just there and gone. That quick. And it was as though that was the end of it.

Unfortunately for Wall and the others, this seemed to be far from the end of it, as over the next few days they would begin to develop an array of debilitating physical symptoms, including disorientation, memory loss, headaches, stomachaches, nausea, and extreme weakness that was potent enough that some of them had trouble even walking. Doctors who examined them could find no reason or cause for these symptoms, the only evidence that anything was wrong being an unusually high white blood cell count that could not be explained. Despite nothing really officially wrong with them, the men were nevertheless all physically ill and suffering from something, and it was widely assumed by them that this was the doing of the beam that UFO had fired at them. According to Wall, many of them continued to suffer from ill health for years after the encounter, with him saying that even to that day he had frequent bouts of disorientation, memory loss, weakness, and difficulty putting on weight. 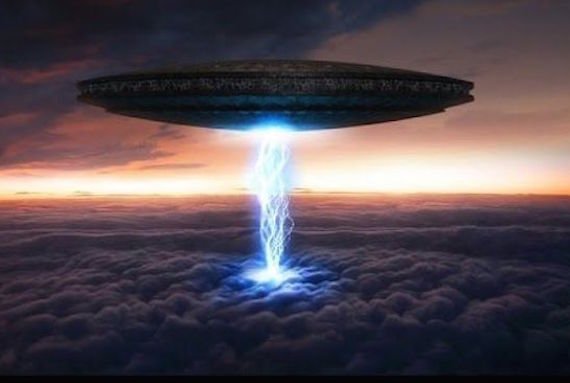 In later years it has been speculated that the men were probably suffering from radiation sickness, but there have been plenty of other ideas by those who have heard of this rather obscure case. One idea is that the Soviets or even the Chinese had been carrying out covert military experiments in the remote region testing anti-gravity technology and sonic weaponry, and indeed this has been used as an explanation for many of the dozens of other UFO sightings made during the Korean War. Of course there is also the notion that this encounter was exactly what it looks like, being an attack by an actual UFO, perhaps having been present in the region observing the combat for inscrutable reasons, and it has even been suggested that the craft did not mean to launch a fatal attack, but to merely disorient and immobilize them, hence the fact that that they did not suffer any severe injury or death.

Then again, maybe this is all hallucinations and the result of trauma, tiredness, and stress in the war-torn environment. It could even just be a tall tale conjured up by Wall himself, as he is the only official witness, and although he claims that 25 other men witnessed this event none of these others seem to have ever been tracked down and independently interviewed. Just about the only thing known for sure is tht he was indeed a soldier in the Korean War in the area specified on the date specified, but after that no one knows. Although he swore an oath that his story is true, in the end we are really left to take the word of one witness. So was this just war time hallucinations, Soviet or Chinese experiments, or an actual attack by an otherworldly UFO? It is quite likely we will never have a concrete answer, and that this will just remain another curious account lost int the fog and history of warfare.