A Serpent Demon and a Fatal Exorcism in London

Demonic possession is a phenomenon that can be found all over the world in a variety of cultures. It involves insidious forces looking to take over the living, and it rarely ends up good for anyone involved. Many of these cases turn violent, or even deadly, and one of these happened in a quiet suburb of London, where a troubled young man found himself apparently invaded by a malevolent serpentine demon that led to his eventual death.

The setting for this odd tale is an otherwise nondescript residential home in the area of Hadley Wood, Enfield, north London, where there lived a young man by the name of Kennedy Ife and his family, which consisted of his parents and five brothers. The 26-year-old Kennedy one day suddenly began to complain of pain in his throat, difficulty sleeping, breathing problems, and stomach pains, after which he became withdrawn and sullen, not his usual self at all. This graduated to more unruly behavior, such as lashing out at family members, violent, uncharacteristic mood swings, and all of it reaching a crescendo when he grabbed and tried to bite his own father. 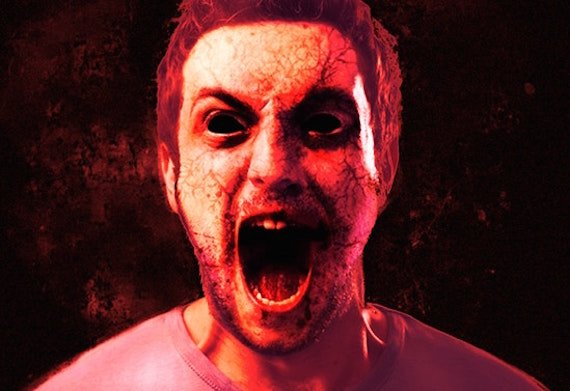 When family members tried to talk to the troubled young man and find out what was wrong with him, Kennedy told them that there was a “seed” in his stomach, which he claimed was growing into a writhing, evil serpent within his body. He believed that this presence was settling within his penis area, and threatened to cut the offending appendage off, even brandishing a knife as he did this on several occasions, as well as rambling about the “mark of the beast 666.” This sort of thing went on for 2 weeks before his family seemingly decided to take action. Kennedy’s brother would later claim:

There was another personality coming through It’s clear that thing was in him, what we believed was a demon because it was not natural. It was clearly trying to kill him. We had to restrain him for himself. It was clear if we didn’t restrain him, he could have tried to harm people in our family. When it got to the violent stage we said, ‘no’, we have got to protect him.

The family apparently took matters into their own hands, they overpowered Kennedy, tying him to a bed with cables to retrain him with cables, rope, and handcuffs in an attempt to cure him as he barked and growled like an animal. There he would remain tied up for a full three days, his strength leaving him little by little as his family held constant vigils over him in which they prayed that the demons depart. Whatever they were trying to do, it didn’t work. The afflicted man became increasingly dehydrated and complained of breathing problems, which the family seems to have ignored, after which he finally expired from cardiac arrest on August 22, 2016. When the body was retrieved by authorities the family was apparently in the midst of some sort of resurrection ritual, and it was found that the corpse held numerous injuries upon it. A full investigation was launched, and all seven of Kennedy Ife’s family members were subsequently accused of manslaughter, false imprisonment, and causing or allowing the death of a vulnerable adult. Police also found various paraphernalia for tying someone up on the premises, including 379 cable ties and handcuffs, as well as a book on exorcisms entitled Anger, Madness and the Daimonic.

The family for their part denied any association with any sort of cult or any interest in the occult, and claimed that they had only been looking out for the Kennedy’s best interests. During the trial, which was splashed all over the news, they would insist that they had at no point thought that the young man was actually in danger, and that they were indeed helping him, with the dead man’s brother Colin especially defending their actions. Prosecutor Tom Little would say of the bizarre events:

Whether this was some form of exorcism will be a matter for you in due course. In short, the Ife family took the law into their own hands. The paramedics were told that for the last three days Kennedy had been behaving abnormally and had been violent and aggressive. Colin states that by August 18, he looked weak and complained about a seed in his stomach. He was complaining that he had a python or snake inside him and that he needed to get rid of it from inside him. He stated that Kennedy believed that he had a demon inside his body waiting to kill him. The family stated they had been required to restrain Kennedy physically. He had subsequently developed breathing difficulties and as a result they had called the emergency services had to be called. The family put misguided religious beliefs about this young man being possessed by a demon or evil spirits before the obvious and common sense conclusion that he needed help and did not need to be restrained.

Despite all of the damning evidence that the family, all described as “charismatic Christians,” had perhaps overreacted, in the end, the courts would find all of the accused, mother Josephine Ife, 56, father Kenneth Ife, 64, and their sons Colin, 26, twins Daniel and Samuel, 20, Harry, 32, and Roy, 33, were all acquitted of the charges on March 14, 2019, after a four day deliberation. It seems like a classic case of a botched exorcism, but one wonders what was really going on here. Did the family really believe he was possessed or was this a cover for something sinister? Was this maybe a mentally disturbed young man who was misunderstood, subject to religious beliefs that turned into an exorcism and paid the price for it? Was there something truly paranormal going on here? It is unknown, but it is a sad case of what happens when belief in demonic possession goes too far.