A Strange and Controversial Saga from the Cold War

Unless you lived through the 1980s and in the U.K., you may not have heard of Greenham Common. It's a now-closed-down military facility in England that during that time was constantly in the news, as will soon become apparent. As for the history of the facility, there's this: "Royal Air Force Greenham Common or RAF Greenham Common is a former Royal Air Force station in Berkshire, England. The airfield was southeast of Newbury, Berkshire, about 55 miles (89 km) west of London. Opened in 1942, it was used by both the Royal Air Force and United States Army Air Forces during the Second World War and the United States Air Force during the Cold War, also as a base for nuclear weapons. After the Cold War ended, it was closed in September 1992."

Historic England provide this background on one of the most controversial and memorable times in the history of Greenham Common: "The first cruise missiles were delivered in November 1983 and by 1986 there were 96 missiles and five spares made up into six mobile cruise missile flights housed at GAMA [the Ground launched Cruise Missile Alert and Maintenance Area]...Peace camps were established around the base perimeter fence and the Greenham women, in opposition to the deployment of cruise missiles, used non-violent protest to bring the nuclear capability of Greenham Common airbase and the campaign for nuclear disarmament to the attention of the world. It is for this reason that Greenham Common is a name which is internationally famous; a site which is symbolic of international anti-nuclear protest."

When, in the mid-1980s, plans were formulated by the iron-fist regime of then-Prime Minister Thatcher to have nuclear “Cruise” missiles at strategic military bases in the U.K., it provoked massive demonstrations on the part of the general public – and particularly so at Greenham Common. As a result of the planned placement of missiles at Greenham Common, a large group of women peace-protesters set up camp outside the base. It wasn’t long, however, before many of the women began to experience a series of disturbing symptoms, including deep depression, overwhelming anxiety attacks, intense migraine-like headaches, alarming losses of short-term memory, and much more of a distinctly mind-destabilizing nature. As a direct result of this alarming and highly suspicious development, theories began to quickly develop and circulate to the effect that the women were being specifically targeted with Extremely Low Frequency [ELF] weaponry, as part of an intensive effort to bring their demonstrations – which had generated a large amount of support – to an abrupt and permanent end.

This was no wide-eyed, unlikely conspiracy theory, either: even the U.K.’s highly-respected Guardian newspaper reported the story in a serious fashion. In a March 10, 1986 article for the newspaper titled Peace Women Fear Electronic Zapping at Base, it was reported that the military possessed  “…an intruder detection system called BISS, Base Installation Security System, which operates on a sufficiently high frequency to bounce radar waves off a human body moving in the vicinity of a perimeter fence.”

Jim Keith, in his 1999 book Mind Control and UFOs, wrote the following, which expands on what the Guardian had to say: "A probable instance of the use of ELF weapons on civilians took place in January of 1985, when women protesting nuclear weapons at the U.S. Air Force Base at Greenham Common in England began experiencing strange physical symptoms, coincident with the changing of the security system at the base from primarily human to electronic. Guards patrolling the base's perimeter were reduced in number, and antennae were installed at intervals. The women experienced symptoms characteristic of ELF irradiation, including headaches, earaches, pressure behind the eyes, bleeding from nose and gums, fatigue, the hearing of clicks and buzzes, and heart palpitations. Electronic testing performed by a Canadian scientist and a British electronics activist group confirmed distinct areas of electromagnetic activity around the women's camps." 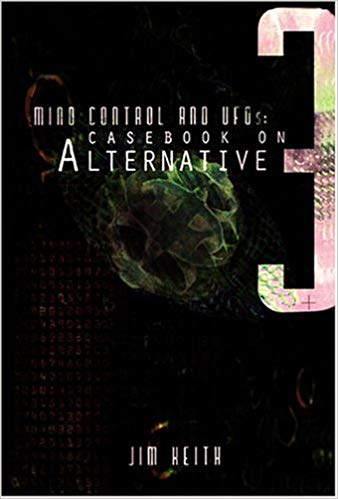