Alcohol Helped Save Our Ancient Ancestors From Extinction

According to a new book, drinking alcohol may have saved our ancient ancestors from going extinct. The book, titled “Humans and alcohol: a long and social affair”, (which will be available on January 5, 2020) was written by Professor Robin Dunbar from the University of Oxford and Dr. Kim Hockings from the University of Exeter. They discuss the relationship that humans (ancient and modern) have seemingly always had with alcohol.

The book describes how millions of years ago, our ancient ancestors needed to develop a tolerance to alcohol in order to survive. Finding food was often a hard job as monkeys and apes fought over the fruit. Interestingly enough, monkeys were able to digest unripe fruit, while apes (and eventually early humans) had a more difficult time. 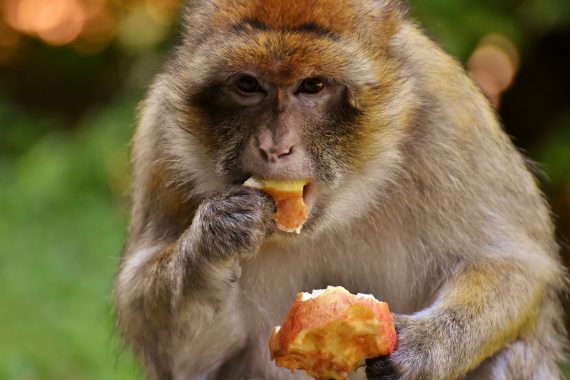 The perfect food source was ripe fruit, but when it was overripe it couldn’t be eaten because of the alcohol it produced after it fell to the ground and started fermenting. In fact, neither monkeys nor apes could eat it although it still contained very important calories. Eventually, though, one group of apes did evolve enough so they were able to tolerate the alcohol in the overripe fruit, allowing them to survive and avoid extinction. The group of apes evolved over many thousands of years, became bipedal, started communicating with their own languages, and even started farming – the process of evolution.

“Even today we see great apes eating fermented fruit and even drinking palm wine produced by humans,” noted Hockings, adding, “It’s hard to be certain of why they do this, and this reflects the complex history of our own relationship with alcohol.” 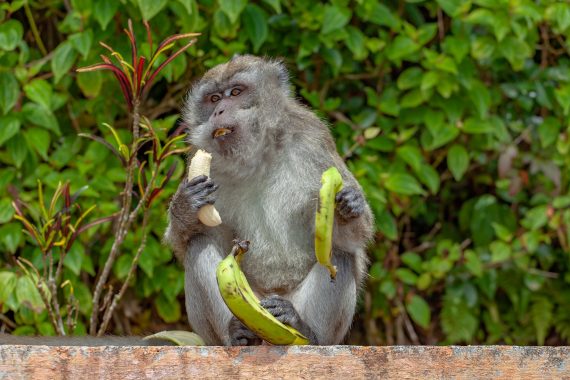 An interesting point that Hockings made was that there is only about 1-4% alcohol in fallen fruit which is equivalent to a very weak beer and many people today consume more alcohol than that. “As with other substances like salt and sugar, the problem may not be the substance itself but the concentrations we now have access to.”

The book also discusses how alcohol has developed a bad reputation in today’s society, although the authors say that it’s as much of an important part of human culture today as it was millions of years ago. “Alcohol has played an important role in how humans have used feasting to create and maintain their relationships,” Dunbar noted, adding that alcohol has been a huge part in how humans over the years have socialized. “Increasingly, alcohol is viewed as a medical issue, but alcohol abuse is only a small part of a much wider social pattern of alcohol use by humans.”

Is it just me or is anyone else still imagining a bunch of drunken apes dancing around?