In the new movie, “The Report,” Adam Driver’s character argues with another about who first said, “History is written by the victors.” Was it Winston Churchill, an obvious victor, or Hermann Göring, an obvious loser? Actually, it was neither (the real author is unknown) but the adage is well-accepted as true. In screenwriting classes, it’s taught that every good story needs a hero and a villain, and there’s no greater collection of stories where that’s more evident than the Hebrew Bible and Christian Old Testament, where losers and villains get historically vilified by the victors. A particularly put-upon loser group is the Edomites, deemed to be all-around losers by their ancestry, failure in battles and lack of brain power. Now, a new study in PLOS One has determined that the real Edomites were actually technical geniuses. Why didn’t they figure out a way to write their own history too?

"Our study sheds new light on the emergence of the archaeologically-elusive biblical kingdom of Edom, indicating that the process started much earlier than previously thought." 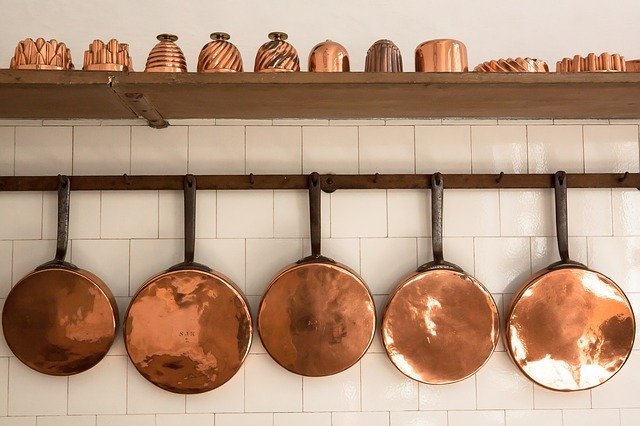 The “process” referred to by Israeli archeologist and study co-author Erez Ben-Yosef of Tel Aviv University is the smelting of copper, which was beginning to be used for everything from tools to weapons. While studying slag, the byproduct of the smelting process, found in the Wadi Arabah region of the Levant in the Middle East and dating back to 1300 BCE to 800 BCE, he found that the Edomites had figured out a way to make copper quickly, cheaply and efficiently. Unfortunately, that didn’t make the Israelites nor the bible treat them kindly. Why?

Various passages identify the Edomites as descendants of Esau, the twin brother of Jacob, sons of Isaac and grandsons of Abraham. Esau sold his inheritance to Jacob for a bowl of edom (red) soup and eventually became the father of the Edomites, while Jacob became the father of the Israelites. The Hebrew Bible is filled with stories of battles between the Edomites and the Israelites under King Saul, King David and others. Being worshipers of ‘pagan’ fertility gods, they were looked down upon by the Israelites. That hatred and condescension was passed on to the Christians in the New Testament when an Idumaean – Greek for Edomite – became King Herod the Great of the Massacre of the Infants fame. That pretty much doomed the Edomites to be one of the great biblical losers as written by the victorious Israelites and Christians.

“Studying the technology itself allowed us to know something about these people. Now we know they had a complex social organization — well-organized and centralized under one leadership."

While they may have started as simple nomadic descendants of Esau, Ben-Yosef’s discovery of the change in slag over a relatively short period of time showed that the Edomites were smarter than the average bearer of copper products. However, some other discoveries showed where the Edomites got the incentive to improve their copper smelting techniques.

“Based on the appearance of names from the Negev region in the description of this event in Egypt (topographical list at the Temple of Amun in Karnak) it has been suggested that one of the destinations of Shoshenq I’s campaign was the Wadi Arabah and its copper industry. This hypothesis was strengthened recently by the accidental discovery of a rare scarab bearing the throne name of Sheshonq I in Faynan.”

Ben-Yosef tells the Times of Israel that he believes the Egyptian names and the scarab show that the Egyptians, also enemies of the Israelites, motivated the Edomites’ R&D department by buying more copper for weapons, some of which were used to sack Jerusalem – a battle the Edomites also helped the Egyptians fight.

So, the Edomites were classic villains but were often victors. Why didn’t they get to write their own history? During the Maccabean wars, the Edomites were subjugated by the Jews and forced to convert to Judaism. Herod’s act seemed to be the last straw – after his death, the Edomites faded from biblical writings and history.

“History is written by the victors.”

Victors or vanquished, it’s still makes a good story … and a good movie.

Roswell: Who Controls the Secrets and What Happens When They Lose Control of Those Secrets?